A shiny new console is best paired with a shiny new TV. 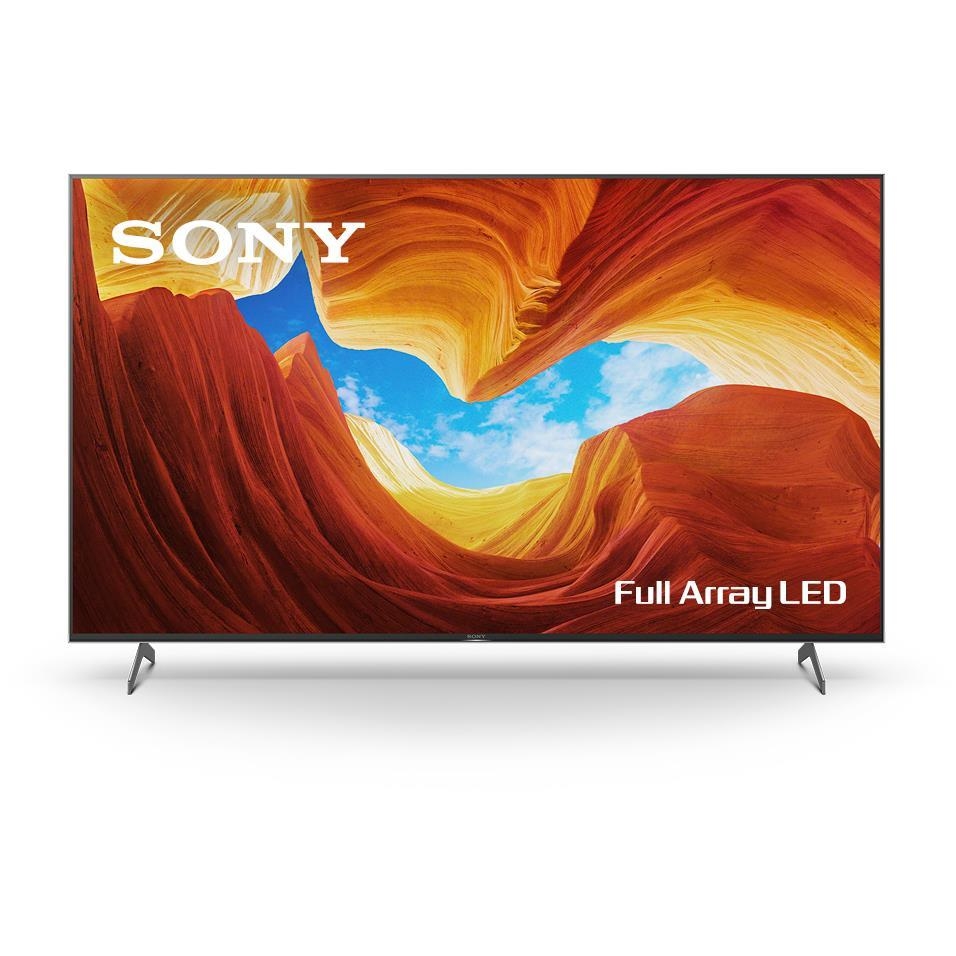 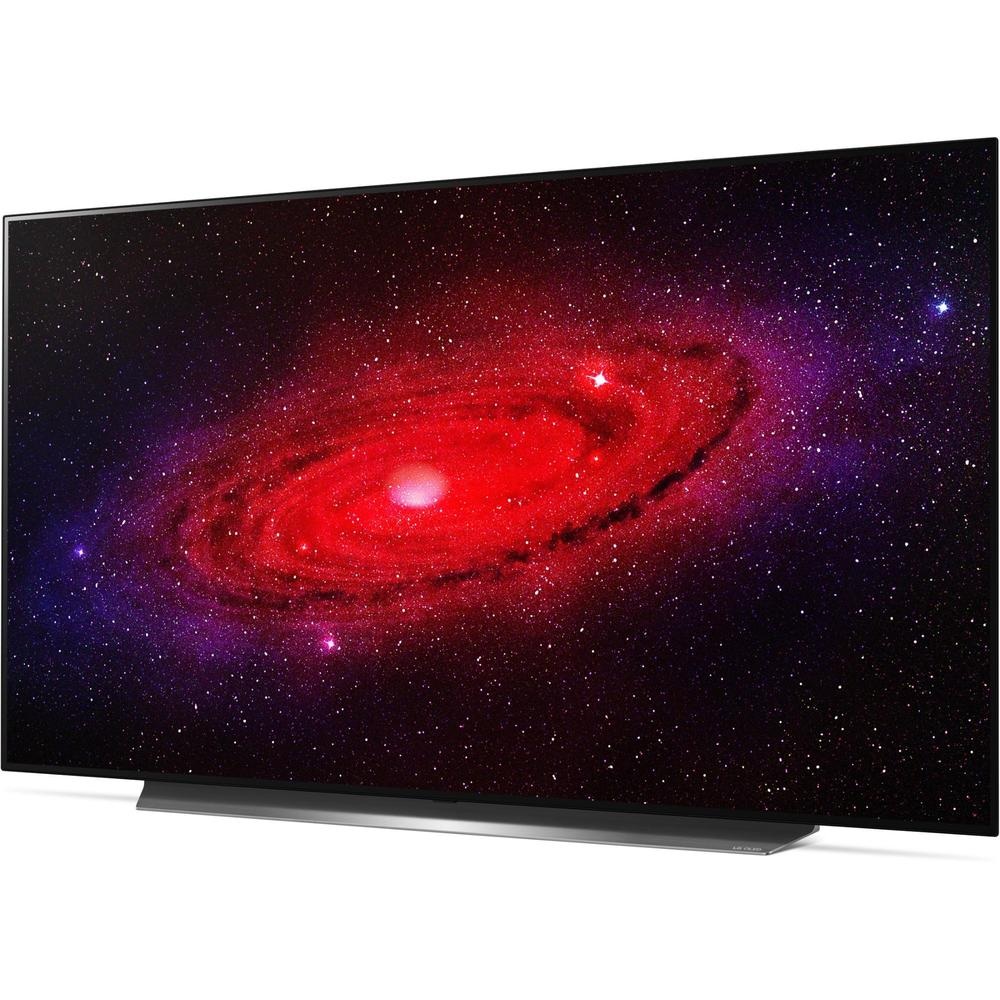 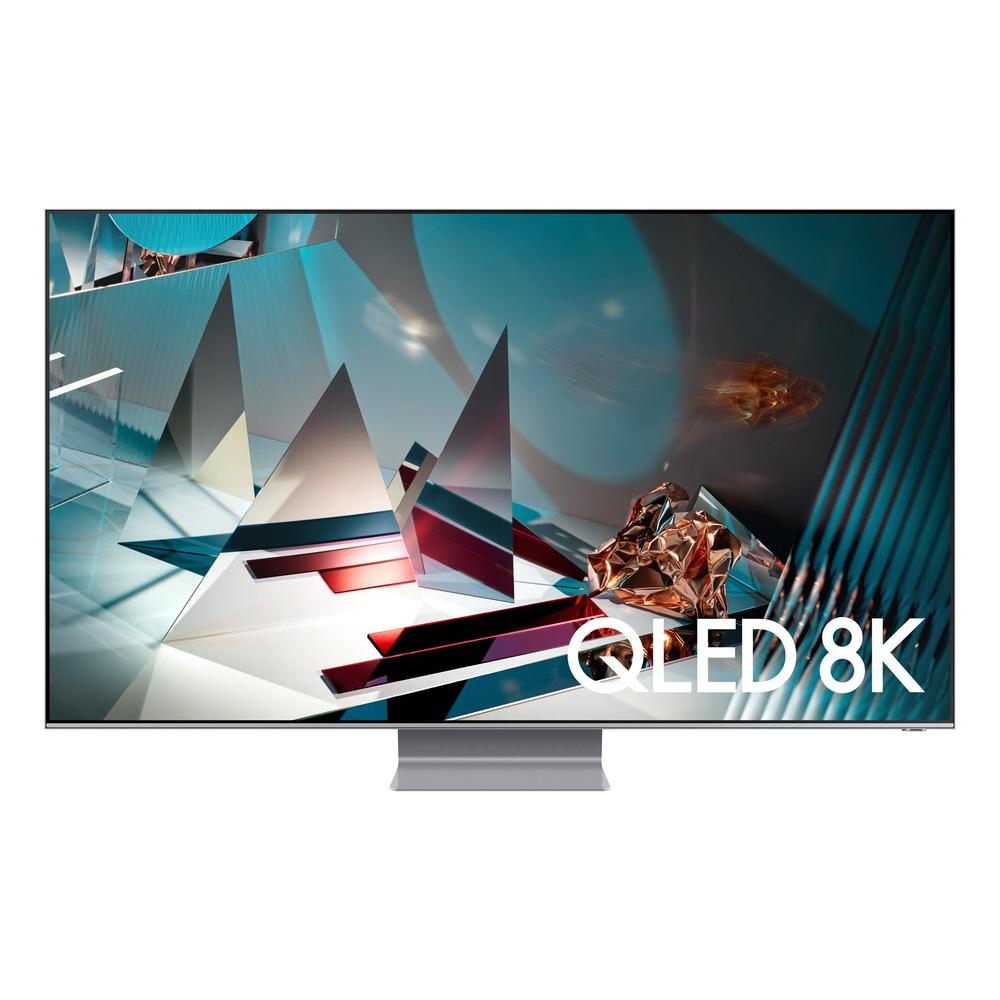 The next-gen consoles are here, and stock is slowly replenishing for the Xbox Series X (and S) and PlayStation 5, which means more and more people can tap into the high-fidelity perks of next-gen gaming. But while games will load faster and look better care of the improved gaming hardware from Microsoft and Sony, there are some key TV considerations to get the most out of next-gen gaming. 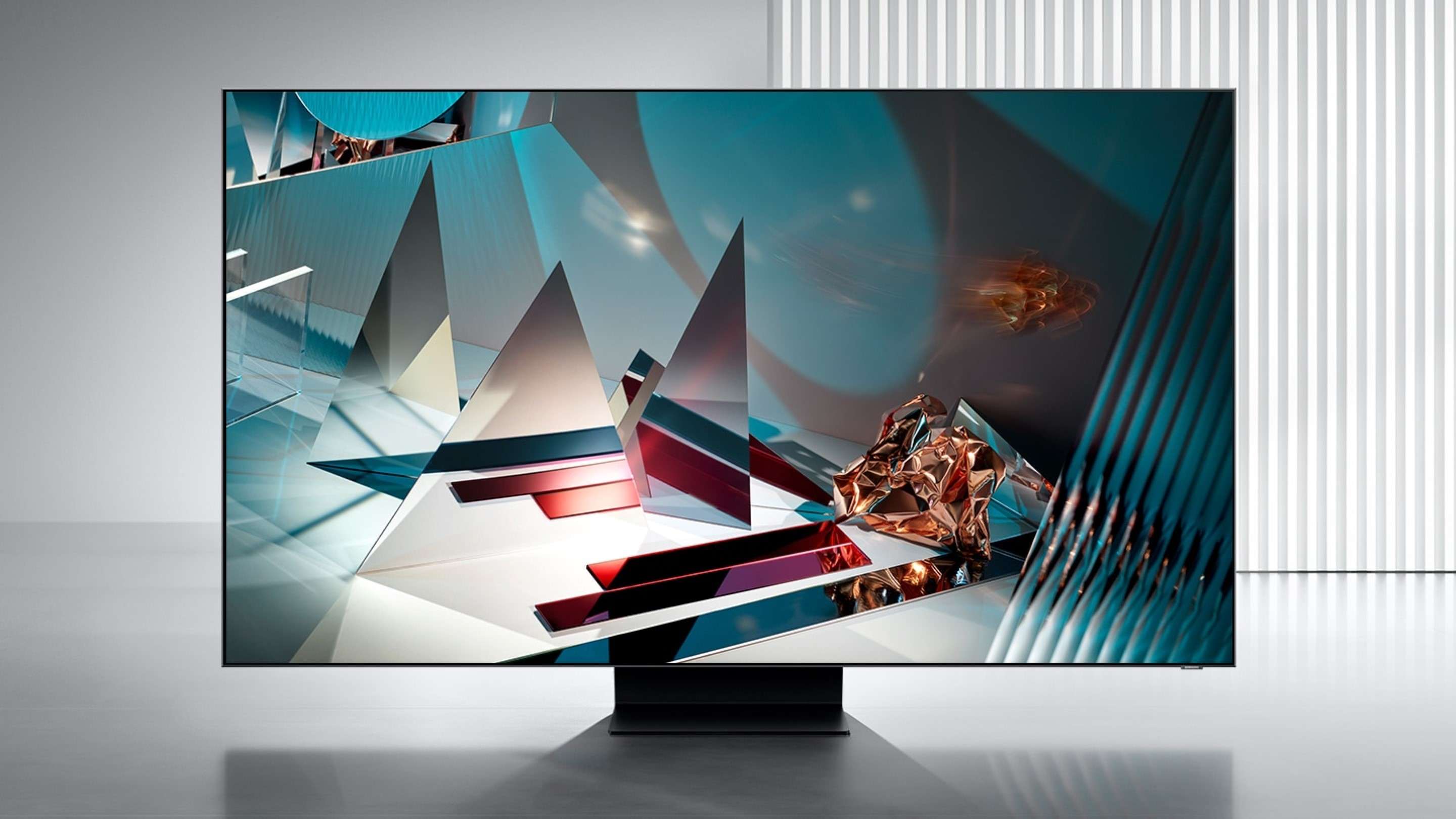 Regardless of whether it’s Full HD, 4K or 8K, your current TV should be compatible with the next-gen gaming console as long as you have an HDMI port to connect the console/s to. The catch here is you won’t be getting the full next-gen experience if you’re playing on an ageing 1080p telly, you’re not going to get the full benefit of next-gen gaming, and the same is true if your TV doesn’t support high-dynamic-range (HDR) or other fidelity features.

Why is HDR important for next-gen gaming?

Like most eye-candy features, HDR isn’t essential to play next-gen games, but it absolutely has the power to add to their overall immersion. HDR for gaming is the same as HDR for movies and TV shows in that it offers better contrast by way of a wider range of colours and brightness. The result is a more realistic look, which adds to the next-gen gaming oomph factor.

PlayStation 5 and Xbox Series X/S aren’t the first consoles to take advantage of HDR, but their respective powerful hardware and potential for high-fidelity gameplay means HDR looks better than it did on earlier iterations. You may have to activate HDR on your telly or connect a next-gen console to a corresponding HDMI port that supports HDR, but you should definitely tweak the HDR settings, either at a television level, on the console or even on a per-game basis, to get the best results.

Why is HDMI 2.1 important for next-gen gaming?

While any old high-definition multimedia interface (HDMI) port should allow you to connect a PlayStation 5 or Xbox Series X/S and play on your TV, both next-gen consoles have the potential to look and play better when connected to an HDMI 2.1 port. HDMI 2.1 is the latest HDMI standard that allows resolutions of up to 8K and 4K resolutions at a frame rate of up to 120 frames per second
(fps). This is possible because HDMI 2.1 (both cables and ports) is capable of transmitting and receiving much higher bandwidth: 48Gbps vs the 18Gbps of HDMI 2.0 cables.

TVs with older HDMI ports may still be capable of 4K resolutions, particularly pre-2019 4K models, but the max frame rate will tap out at 60fps because of the HDMI 2.0 limitation. Thankfully, HDMI 2.1 is backwards compatible, so you can still connect non-HDMI 2.1 devices and cables to those HDMI 2.1 ports and those devices should still work.

All of this information assumes a direct connection between your next-gen console and TV. If you use a receiver, you’ll need to ensure that it’s rated to handle HDMI 2.1 and other next-gen features if you want the best experience. Even if your TV supports HDMI 2.1, connecting a next-gen console to a TV via a receiver that doesn’t support HDMI 2.1 will nullify the perks.

What about variable refresh rate?

Variable refresh rate (VRR) isn’t necessarily tied to HDMI 2.1, though it does support it. VRR is supported in the last-gen Xbox One S and Xbox One X, and the same is true of the next-gen PlayStation 5 and Xbox Series S/X. Not every television that supports HDMI 2.1 has VRR support, though, so do your research.

The feature is important for providing a smooth experience, particularly in games that have frame rates that aren’t always consistent. Instead of seeing stutters or tears on your TV as a console and screen timing goes out of whack, VRR keeps things smooth during minor or more dramatic frame drops.

If you want more versatility from a new HDMI 2.1-supporting TV, pay attention to whether its form of VRR is either FreeSync or G-Sync. FreeSync screens allow for the VRR tech to work when connecting an AMD-powered gaming PC to your television for some big-screen gaming, but certain FreeSync TVs are also supported by Nvidia graphics cards. G-Sync is exclusively supported for Nvidia graphics cards, which means an AMD-powered computer won’t play nice with a G-Sync-supporting TV as far as VRR is concerned.

What about AGM or ALLM?

Auto Game Mode (AGM), or Auto Low Latency Mode (ALLM), are convenience perks of the HDMI 2.1 age. Whichever of the two names the feature goes by on an HDMI 2.1 TV that supports it, what it means is your telly will automatically switch to a low-latency mode when it detects a compatible gaming platform has been connected. This feature is great for more responsive gaming because it reduces the input delay between the controller and the corresponding on-screen action.

Do I need to factor in eARC?

Enhanced Audio Return Channel (eARC) is an improvement over the original ARC format (introduced with HDMI 1.4) that allows you to use a single HDMI cable to connect a TV to a receiver, which has all your devices connected to it. The result is bidirectional communication, with that single cable handling video to the TV or audio sent from the TV to the receiver.

Assuming your receiver supports it, eARC allows for higher-bandwidth signal transmission (up from the 1Mbps of ARC to 37Mbps), which makes it possible to transmit high-fidelity uncompressed audio. In practical terms, this means you can have uncompressed 5.1 or 7.1 audio, so you can take full advantage of audio formats like DTS:X and Dolby Atmos.

Below is a table with TVs from 2019 and onwards that support HDMI 2.1, which was compiled from a similar table from Rtings.com.

If you plan on owning both next-gen consoles, the table above will likely highlight a potential hurdle. While most of the TVs listed in the table above have at least two HDMI 2.1 ports, the Samsung models only include one. That’s less of an issue if your allegiances or next-gen gaming budget mean you’re waving the flag for either Team Microsoft or Team Sony, but it is an issue if you want both next-gen consoles plugged into the same TV.

Be sure to connect your next-gen console/s to one or both of those ports to get the full experience. While the X9000H doesn’t support VRR, you can rely on it for 4K gaming at up to 120fps. In terms of audio, the X9000H also supports the newer eARC standard. Despite being the cheapest HDMI 2.1 tele with at least two HDMI 2.1 ports – if you only need one, consider the 50-inch Samsung The Frame TV – it’s also a strong performer for movies, too.

If just under $2,000 wasn’t a deterrent for next-gen television-ing, get ready to add another $1,000 to nab our pick of a solid all-rounder… as long as you’re okay with the 55-inch model. Screen not quite big enough? There are 65-inch and 77-inch variants, but we’d recommend considering the newer LG GX if you are willing to spend more (at least $1,500 than the 55-inch CX).

Outside of this, the LG CX already has top spots in our lists for the best smart TVs in Australia and the best 4K TVs in Australia, and now it has another notch to add to its belt. The LG CX may be a 2020 model, but it’s still a gaming and movie powerhouse. It ticks all the right boxes for next-gen gaming, from eARC and VRR support to four HDMI 2.1 ports and 4K gaming at up to 120fps.

All the next-gen trimmings

First things first, 8K TVs are still relatively new and tend to be expensive, which is why the Samsung Q800T is our recommended 8K TV because the price is comparatively reasonable. But that’s only if you’re in a rush to nab an 8K set. Why? For starters, it only comes with one HDMI 2.1 port, which is okay for using one next-gen console (or a compatible receiver), but not ideal for the price point and what should be a future-proofed set.

There are more 8K TVs coming this year, so it’s best to wait. If you absolutely cannot wait, the Q800T supports VRR, eARC, as well as 4K at 120fps and 8K at up to 60fps. When (read: if) 8K games do make it to next-gen consoles, don’t expect them to run at 60fps; that resolution and frame rate combo is meant more for an incredibly high-end PC.

While no next-gen console games currently support 8K resolution, here’s the full list of games that do support frame rates of up to 120fps. Please note that there are fewer PS5 games that support 120fps games because, reportedly, it’s easier for developers to up the frame rate for existing games on Xbox Series X than it is on PS5.