The new Apple HomePod Mini costs $149 and arrives this November

Apple's HomePod is downsizing in price and form factor.

Apple's first attempt to enter the smart speaker market was an admirable attempt. The HomePod was exceptional speaker but its limited smarts and premium price tag made it hard to recommend when Google practically gives away its already popular Home devices. Now a couple of years later, in a world where we're spending more time at home than ever, Apple is taking a second crack at it with a smaller, more affordable HomePod Mini.

Revealed during the October 2020 iPhone 12 event, the HomePod Mini measures at just 8.5cm tall and is priced at a reasonable $149. Here's everything we learned during the livestream, as well as local Australian pricing, pre-order and release dates. 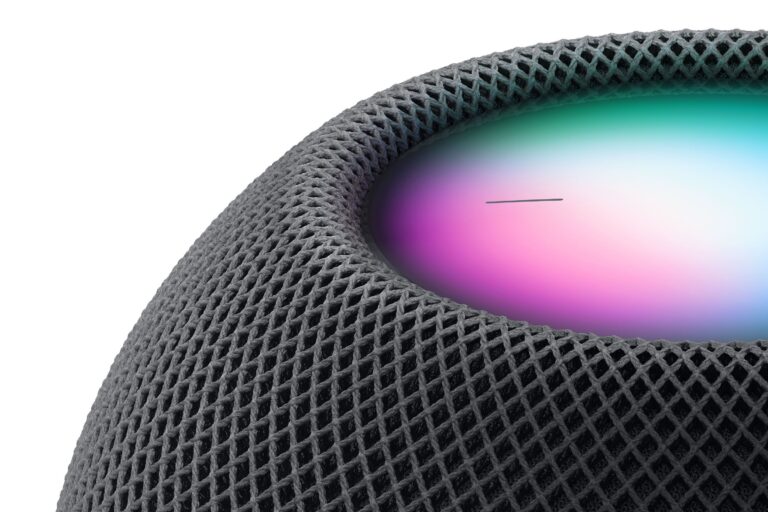 When does the HomePod Mini release in Australia?

HomePod Mini pre-orders go live at 12:00am AEDT on Saturday, the 7th of November, with units shipping from Monday, the 16th of November.

How much does the HomePod Mini cost in Australia?

Perhaps the biggest surprise of the HomePod Mini's announcement was its relatively affordable price. In Australia, it's priced at $149 which is exactly how much the new Google Nest (Home) speaker costs. Of course, Google still has the budget edge with its latest Nest Mini, which only costs $79, but it's still refreshing to see Apple try and compete on price.

The Apple HomePod Mini comes in two colours, White and Space Gray, and both will be available on the 7th of November when pre-orders go live on Apple's site and via selected retailers. 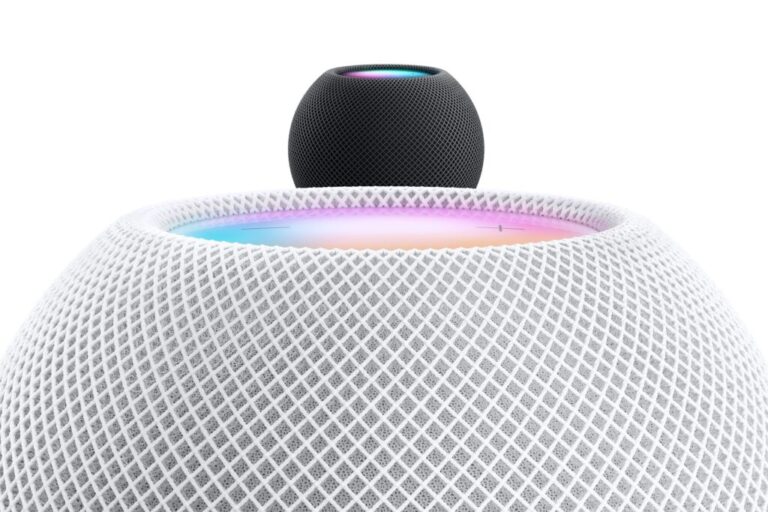 Like Google Home, or Nest, the new Apple HomePod has a mesh fabric finish that's designed not only to look good, but to support the HomePod Mini's acoustics too. It has a backlit touch surface on top that resembles the rainbow flair associated with Siri, and springs into action when you invoke it with a voice command or when a connected iPhone is in range.

Based on the demo we saw in the Apple Event, both the Apple HomePod Mini, and the user's connected iPhone will respond visually in range. On the iPhone side, you're prompted to "hand off" music and podcasts to the HomePod Mini once you're in the vicinity.

Apple also showcased Intercom, a new way to broadcast voice messages between Apple devices and HomePods. For example, broadcasting a simple announcement, like announcing when dinner's ready, can be made from an iPhone, iPad, Apple Watch, AirPods, or CarPlay, and broadcast across all HomePod speakers on the same network.

Like many smart speakers before it, the HomePod Mini allows you to network multiple speakers for more coverage in your home. This idea is complimentary to the device's lower price point, but Google actively encourages this by offering discounts on multiple speaker purchases ($30 per additional Google Nest purchase).

The HomePod Mini is powered by Apple's compact S5 chip, unlike the traditional HomePod, which is powered by the same A8 chip as the iPhone 6 and 4th gen Apple TV. Working with in-built software, the S5 chip allows the HomePod Mini to analyse music on the fly, making adjustments to optimise volume and dynamic range, and even going as far to control the speaker's drivers and passive radiators' movements. All of this works in tandem with Apple's 'waveguide' acoustics, which funnels sound through the bottom of the speaker, resulting in an even 360-degree audio projection. Most smart speakers have 360-degree audio, but in our experience, the Apple HomePod's acoustics are a cut above most.

A small speaker with a big focus on privacy

In response to the paranoia surrounding voice-recognition in the home, Apple spent a fair chunk of time discussing security and privacy. Apple drove home the fact that its HomePods will only send data to Apple's servers upon the "Hey, Siri" voice initiation, or touch initiation.  There's also no association between the requests and the Apple ID, so none of your queries are matched with your personal data, and Apple reiterated that no personal info is sold to third-party advertisers. 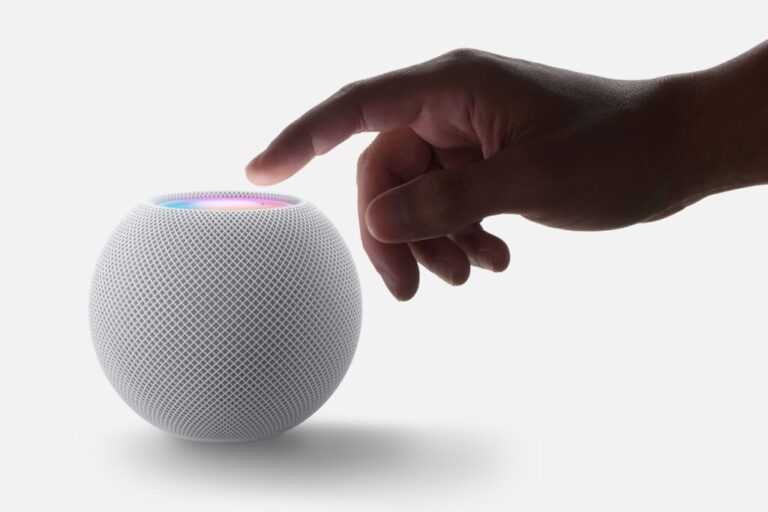 Now we've got the need-to-know info out of the way, here are the technical specifications for Apple's new HomePod Mini.