Samsung is slinging this one at professional creatives.

Samsung has Apple's Studio Display in its sights with the newly-announced Viewfinity S9 monitor.

Unveiled alongside a number of other new monitors at this year's CES in Las Vegas, the Samsung Viewfinity S9 looks like an evolution of last year's Smart Monitor M8. However, in terms of the specs involved, what's here is visibly geared more towards content creation than the latter ever was.

At 27 inches, the S9 comes kitted out with all the right bells and whistles. It's got both a matte coating to resist glare and a custom Color Calibration Engine that promises to ensure you're working with the correct colour and brightness once calibrated. 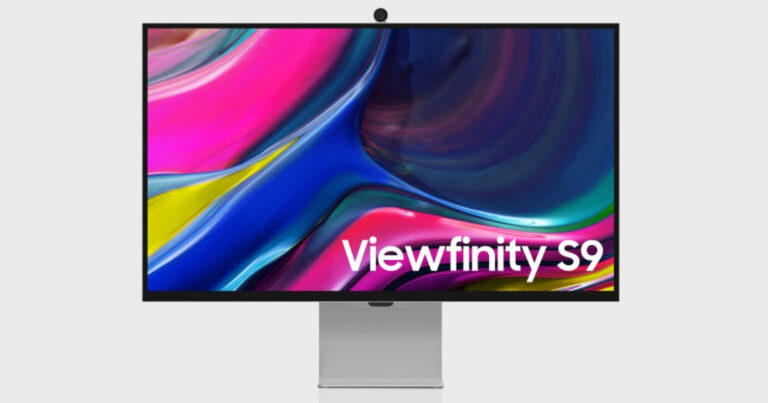 One key difference between this and Apple's Studio Display is that Samsung's latest does not have a built-in webcam. Like other Samsung monitors, it instead relies on the 4K SlimFit camera that's included in the box.

Another area where that Viewfinity S9 differs is that it can be used in a portrait orientation when mounted on a VESA stand. In terms of inputs, the Viewfinity S9 will play nice with either HDMI, MiniDisplay or USB-Type C via Thunderbolt 4.

On paper, the Samsung Viewfinity S9 looks like it could be the most compelling Mac Studio Display alternative to hit the market yet. That said, we'll have to wait and see what local details are to see how it competes on cost.

Australian pricing and availability for the Samsung Viewfinity S9 are to be announced.