Samsung has launched two 4K OLED TVs in Australia, marking the first time its sold televisions with the panel type locally. Samsung's S95B OLED TVs come in 55-inch and 65-inch sizes, with retail prices of for $4,079 and $5,249 respectively.

Pre-orders start today, with units shipping as early as August 22, depending on which retailer you pre-order from.

This pricing puts them roughly in line with competing OLED TVs from manufacturers like LG. 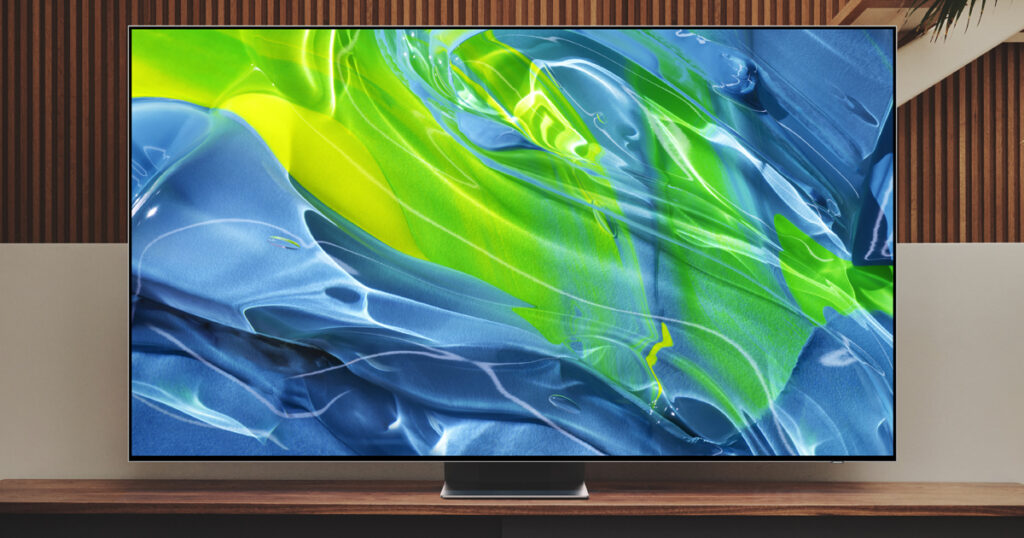 OLED is often considered the holy grail of TV technology types. OLED displays are self-lightning, where individual pixels are switched on as needed, and remain black otherwise. This means you get "perfect black"; when a pixel isn't being used, it's indistinguishable from when the TV is off. On an LCD LED TV, the darkest you can go is a very dark grey, thanks to the backlight.

The main trade-off with OLED TVs is they tend to be dimmer. Samsung however says it has paired the OLED panel with its Quantum Dot technology, resulting in what should be a brighter display that doesn't compromise on blacks.

Until recently, LG was the only TV brand that manufactured OLED panels. While Sony and Panasonic also sell OLED TVs, their sets use panels built by LG. Samsung is now making its own OLED TV panels, which could also see it sell them to other TV brands.