Samsung isn't looking to break from the past so much as reinvent it with the introduction of three new gaming monitors.

As you'd expect, each Samsung Odyssey Neo monitor hits a different price-point and offers a slightly different riff on the usual formula. For the unfamiliar: that means curved form-factors, designs that feel ripped out of a science fiction film, high refresh rates of up to 240Hz, Mini-LED backlighting and resolutions of up to 4K.

Naturally, the Odyssey Neo G8 tops out the range. Priced at an Australian RRP of $1999, it's a 32-inch curved 4K monitor with a 240Hz refresh rate, a Quantum Mini-LED backlight (akin to that seen in the latest Neo QLED TVs) plus Samsung's own Quantum HDR2000 color tech. There's also the usual laundry list of gaming-specific features here, from support for variable refresh rates via FreeSync Premium Pro to a low input lag mode.

The feature-set of the Odyssey Neo G7 is almost identical to that of the Odyssey Neo G8. However, the runner-up of the roster settles for a lower refresh rate of 165Hz rather than the full 240Hz. The upside of this is that it comes in a little cheaper than the flagship model, which may make it a better fit for those who don't necessary need quite that many hertz.

Other compromises here include settling for FHD resolution, HDR10 color and FreeSync Premium/G-Sync Compatible VRR support rather than the Premium Pro support seen in the Odyssey Neo G7 and Odyssey Neo G8. These tradeoffs aren't insignificant, but they do leave the Odyssey Neo G4 with a price-point that's around of quarter of that demanded by the other two monitors.

Nevertheless, Samsung Australia's senior director of display and brand memory Phil Gaut is confident that Aussies will be impressed and excited by the arrival of the new range.

"This release is an exciting moment for Samsung as it reinforces our commitment to delivering innovative products that set new industry standards and empowers people to do more with their technology," he said. 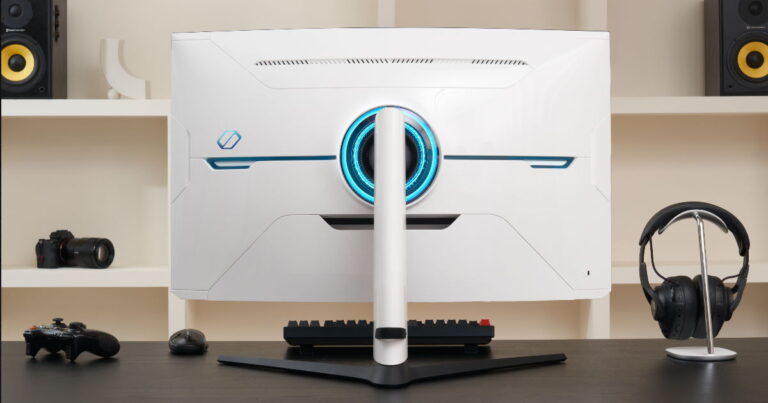 How much do Samsung Odyssey Neo monitors cost in Australia?

Alongside the announcement of local pricing for the range, Samsung confirmed that the Neo Odyssey G8 is available for pre-order now ahead of an on-sale date of August 8, 2022.