We spent a night with the crown jewel of Samsung's TV lineup. 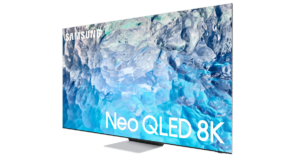 4
Display technology
LCD with Mini-LED backlight
Size
Starts at 65-inches
Price
Starts at $5,799
See it at The Good Guys

If you're ready to make the jump to 8K, Samsung's latest flagship premium TV tries to leverage every bell and whistle it can to make that leap seem worth it. While light on major improvements in picture quality, clear advantages when it comes to sound and software make it a solid option for those who can afford it.

While the costs of getting an 8K TV have steadily shrunk in recent years, the list of reasons to actually consider buying one has hardly grown. 8K Blu Ray players still aren't a thing and most of what you'll find on Netflix only goes up to 4K. Samsung’s latest flagship 8K TV doesn’t break that paradigm, but it does offer key improvements on multiple fronts that help set it apart from many of the other brands promising 8K picture quality.

We spent an evening with the new TV to put it through its paces, but before we pass on our hands-on impressions of the high-end home display, it’s worth breaking down the nitty-gritty of how much Samsung’s luxury TV costs. 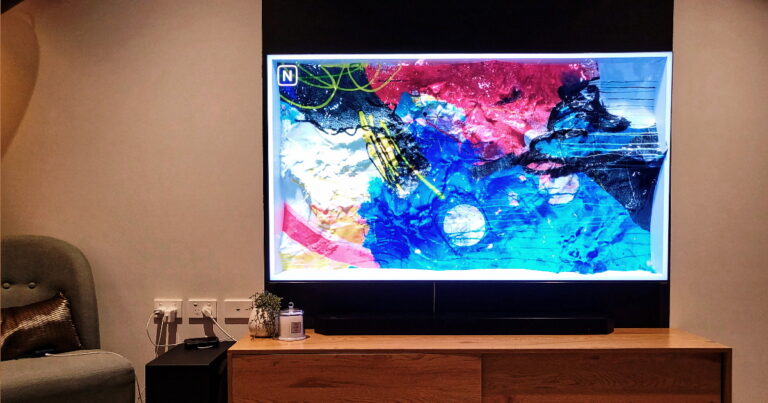 How much does the Samsung QN900B Neo QLED TV cost in Australia?

8K is more affordable than ever before, but far from cheap 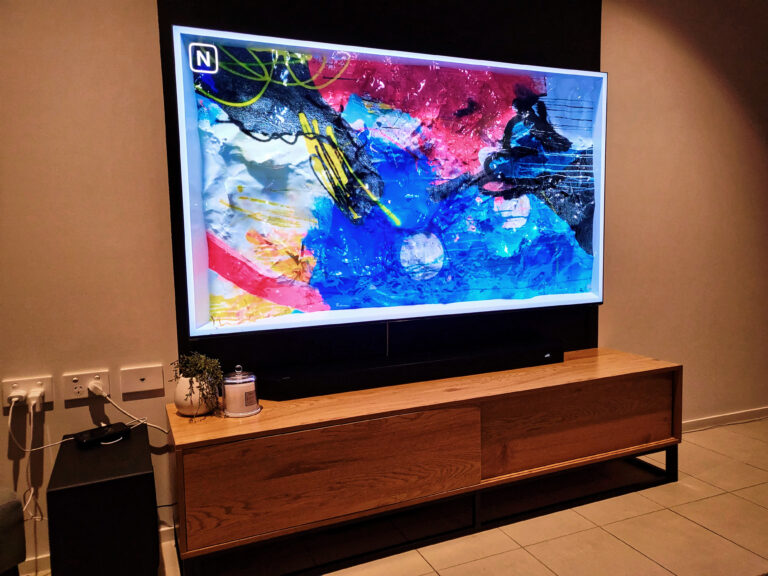 With mainstream Australian consumers still yet to have a bit at Samsung’s more-experimental QD-OLED and MicroLED TVs, the company’s new Neo QLED range currently represents the top-end of the totem pole in 2022.

While the improvements that Samsung have made to their premium home entertainment formula this time around feel like they go beyond typical year-on-year iteration, they rarely feel nearly as significant as last year’s leap to Neo QLED.

The first cab off the rank here is the new Neo Quantum processor. An upgraded version of the Neo Quantum Processor found in Samsung’s 2021 TVs, Samsung has been quick to promise that this new image processor allows for the most “accurate” images ever produced by the company’s home entertainment hardware.

The first feature driving that claim is the new Samsung’s Shape Adaptive Light tech. This essentially allows for a new level of precision and optimisation when it comes to the output of the Quantum Mini LED backlight found on the Samsung QN900B.

Rather than brainlessly process and display images, Samsung’s Neo Quantum processor uses AI algorithms to identify and determine what it’s depicting and then team-up with the TV’s backlight to maximize the brightness and accuracy of the specific lines, shapes and surfaces involved.

Whenever I’ve tested Samsung’s 8K displays in the past, I’ve found that their upscaling and image processing efforts have usually had a really noticeable impact when it comes to anime and other animated content. My evening with the Samsung QN900B found that this is still very much the case, with older series like Neon Genesis Evangelion and more recent-fare like JoJo’s Bizarre Adventure: Stone Ocean both really benefiting from being seen on a screen this vibrant, detailed and high-contrast. That said, the upscaling of former did sometimes result in some additional and unwanted noise.

The fight scenes in Netflix’s Arcane benefited to a similar degree, and while the QN9000B couldn’t make the writing in the first episode of Halo any better, it did make the series’ grandiose establishing shots that little bit more impressive.

The other big advancement made possible by the new processor is something Samsung are calling Real Depth Enhancer. This new layer of processing basically splits the final results into the foreground and background layers, generating a more realistic facsimile of the depth between them.

While the impact of this feature was more subtle with live-action fare like The King’s Man and The Expanse, the effect was significantly noticeable on older series like Neon Genesis Evangelion.

Last but not least, the processor found in the QN900B bumps things up from the 12-bit HDR processing of its 2021 counterpart to a new high of 14-bit HDR. As with any display tech feature that’s this under-the-hood, you’re really going to have to throw the right content at this thing and rely on a side-by-side comparison in order to see the difference that it makes.

Much the same can be said about the slimmer bezels and support for 144Hz 4K gaming that separates the QN900B from the cheaper QN800B. On paper, both are solid value-adds but the degree to which someone is going to be able to capture that value inevitably varies from person to person.

More than a panel, it's a platform 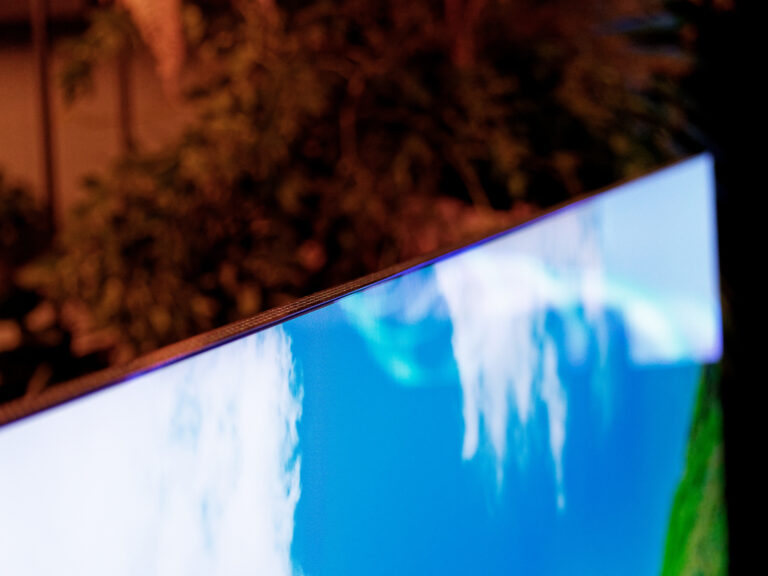 In contrast to the hardware-side advancements detailed above, the difference in how the software powering Samsung TVs operates compared to last year’s crop is likely to feel like a more significant change for those who have owned or used a Samsung TV in the past.

Gone is the streamlined navigation bar at the bottom of the TV. In its place is a new UI that Samsung is branding the Smart Hub. Courtesy of a tile-based layout (that’s strikingly reminiscent of how Android TV), this new interface allows for easy access to all the usual streaming services plus Samsung’s own Ambient mode.

I don’t want to spend too much time talking about it, but Samsung’s latest tranche of Smart TVs does also include access to an non-fungible token (NFT) marketplace that lets consumers buy, sell and display crypto-art.

I’m no art critic, but the quality of product on offer here does not seem particularly high given the astronomical prices involved. More importantly,  the app itself doesn’t do a very good job of actually educating users about what they could potentially be buying or even how to buy it, since NFTs on the Nifty Gateway have to be bought using Ethereum.

Still, the feature did make me think a lot about the way that the software side of Samsung’s TVs are evolving. Where previous eras of Samsung smart TVs were content to get out of the way, the overhauled interface on offer here suggests that the company is now looking to play a more active role as a platform and an aggregator of different content experiences. Where companies like Amazon are looking to sell you a different riff on their ecosystem for every room in your home, Samsung are looking to make one screen to rule them all.

My initial reaction? I’m not sure I love the new UI. While the older interface made it relatively easy to tinker with the display or sound settings in a pinch, the new UI pulls you completely out of whatever you happen to be doing at the time. 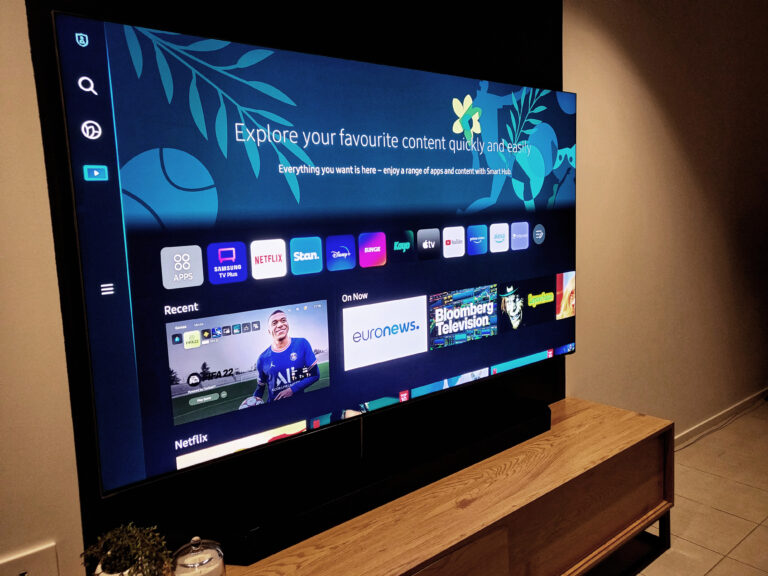 If you bought into the hype and kitted out your home with one of Samsung’s 8K TVs last year, the case for upgrading this time around isn’t particularly strong. As nice as the new QN900B is, most of what’s great about it can just as easily be found in its predecessor.

You’ll miss out on new processor improvements and the overhauled Smart Hub interface, but you’ll still probably be more than happy with what the level of upscaled quality and fidelity that last year’s 8K flagship delivers.

On the other hand, there are also a few lingering omissions and issues that might make those with more demanding AV requirements pause before pulling the trigger on the QN900B.

While the upward-firing speakers on the QN900B make it one of the only TVs out there to support Dolby Atmos out of the box, it still doesn’t support Dolby Vision HDR nor does it offer DTS:X passthrough. While there are  workarounds for those looking to play DTS:X content via a Blu Ray player, no such shortcut exists for those streaming such content via Disney+ or a media server.

Frankly, it feels weird that Samsung talk it up as a supported feature for their soundbars while it remains missing in action here. Even if these kinds of standard-specific features might not matter to everyone, it doesn’t feel like that it would be that much of a heavy lift for Samsung to add them and win over those that do.

If you've got the money and room to spare, Samsung make a compelling offer 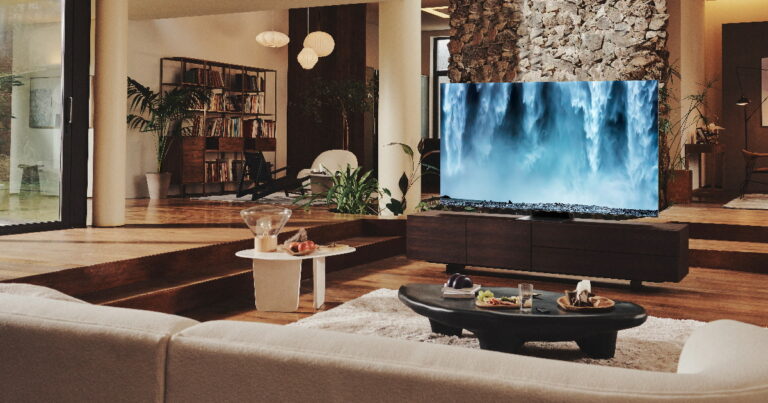 The Samsung QN900B Neo QLED TV is the kind of high-fidelity home theater canvas that's itching to be filled with bombastic big-screen epics like The Batman and Dune.

While I can’t honestly say that a single evening testing this TV has compelled me to rush out and drop the six or so grand that Samsung is asking for, it has inspired a lot more interest in what Samsung’s vision for the future home entertainment looks like than I expected it to. As 8K TVs continue to fall in price, the number of pixels on offer isn’t going to matter nearly so much as how the silicon driving the image processor inside the TV depicts them.

The Samsung QN900B Neo QLED TV is a solid and feature-packed, if expensive, 8K-capable option that feels forged from a healthy respect that pixels alone aren’t the only thing that counts.