Samsung's gaudy and gargantuan Odyssey Ark monitor is finally arriving down under.

Aussies looking to pick up the TikTok-friendly gaming monitor will be able to find it from October 24, 2022 for $4,499.

First shown off at CES 2022 back in January, the Samsung Odyssey Ark is a 55-inch 1000R curved gaming monitor with a 165Hz refresh rate and an ambitious rotating stand that allows the desktop display to be used in either a more traditional widescreen or less conventional cockpit configuration.

TikTok-friendly orientations aside, the sum total of the above is something that blurs the lines between a traditional Samsung TV and a desktop-bound gaming station. The Odyssey Ark even comes with a solar powered Ark Dial remote analogous to the one found in Samsung's latest lot of Neo QLED TVs.

“The Odyssey Ark brings together cinematic picture quality, immersive surround sound, and an incredibly flexible interface that enables gamers to compete, socialise, and multi-task during game play without missing a beat," he said. 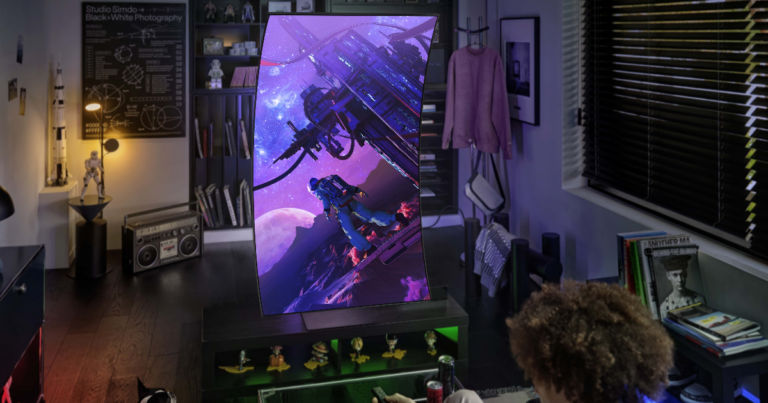 How much does the Samsung Arc monitor cost in Australia?

In Australia, the Samsung Odyssey Ark is set to land in the market with a hefty recommended retail price of $4,499. That's more than most people are willing to pay for a TV, or even Apple's exxy Mac Studio Display.

To sweeten the deal, those who pre-order the monitor before October 23 via Samsung directly will score a trio of freebies. Those who put down the cash for a Samsung's Odyssey Ark will net themselves a Secretlab TITAN Evo 2022 Series Gaming Chair, a limited edition Odyssey Magnetic Head Pillow to go with said chair, and a 1TB Samsung 980 PRO NVMe SSD. Meanwhile, those who preorder through Harvey Norman will score a $1000 Harvey Norman gift card.