Amazon has increased the number of songs Prime members can stream at no extra cost from two million to over 100 million. While the catalogue is entirely ad-free, Prime members can only listen to songs on shuffle unless they sign up to the full-fat version of Amazon Music.

A few Amazon playlists are exempt from the change, but otherwise, you can't select the exact songs you want to listen to. Tapping a track on an album will instead start playing tracks from it blended with similar artists (Mastodon with Gojira, for example, for the other metalheads in the room). You can also start a shuffle playlist directly from the artist's page, which once again, will add in music from similar musicians.

You also have a limited number of skips. After you've used those up, you can't, for example, try to start listening to a different track on the album you were interacting with, but you can listen to a different artist.

As part of the change, Prime members can also listen to a number of podcasts ad-free. This includes shows from CNN, NPR, and The New York Times, as well as the Wondery catalogue. 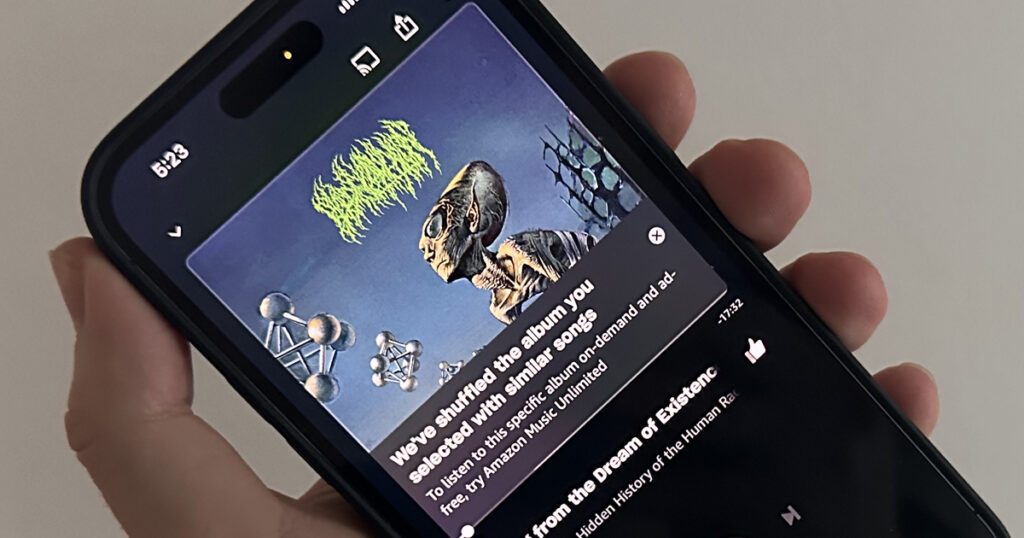 Amazon Prime is billed at $6.99 per month in Australia, or $59 for a year upfront. That makes it quite a lot more affordable than a typical music streaming service, which typically starts at $11.99 per month. Amazon Prime naturally also includes other benefits like free shipping on Amazon orders and access to Amazon Prime Video.

You can sign up for a free trial of Amazon Prime here.

If you want to subscribe to the full-fat version of Amazon Music Unlimited, you're looking at $11.99 per month on top of your Prime membership.

Apple Music Voice - Apple's take on music streaming where you have to request songs by Siri - is still $5.99 per month, however, and is arguably the closest analogue to new Amazon's "shuffle-only" play.

While Amazon has raised Prime prices in the US multiple times, it has yet to do so in Australia. Considering Stan, Binge, and Netflix have all increased subscription fees on certain plan tiers over the last year, it's hard to rule out Amazon doing the same.