Don't be fooled by the price. There's more here than meets the eye. 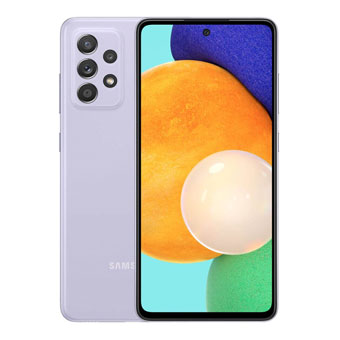 Taken as the sum of its parts, the Samsung Galaxy A52 is a stellar smartphone.

Samsung may want you to buy a flagship Galaxy S series phone, but the A52 makes a compelling case for saving a bunch of money while still buying a phone that has everything you need.

It’s apt that we start with price, given that this is pretty much the crux of this review. Compared with the Galaxy A72, the Galaxy A52 has an RRP of $599; a few hundred dollars less than the A72. More telling is that the A52 is about half the price of the base Galaxy S21 model.

If we lined up these three phones in a ‘Coke vs Pepsi’ style blind taste test, we doubt you’d pick the price difference being as extreme. The size, the shape, the feeling of the A52 all give the impression that it is a much more expensive phone than it is.

Samsung Galaxy A52: Design and display

The A52 leans towards being a bigger phone. It has a 6.5-inch screen, which is a tad bigger than the screen in the Samsung Galaxy S21. For the display, Samsung opts for a Super AMOLED panel with 1800 x 2400 pixel resolution, something close to what might be called 2K resolution (as opposed to the 4K resolution we tend to see in expensive new phones and TVs).

Fewer pixels should mean a lower quality picture, but this doesn’t matter as much on small screens like this. You’d notice a softness in the image if the screen was 20-inches or more, like a computer monitor, but it is all but impossible to see any loss of quality in the A52.

The design of the handset is simple but fetching. Our review unit is the ‘Awesome Violet’ variant, and it is a lovely soft purple colour. The back of the phone is covered in a matte-feel plastic which I quite like. It isn’t as eye-catching as a glass back, but it’s nice to hold, and I suspect it may survive knocks and drops better than glass too. 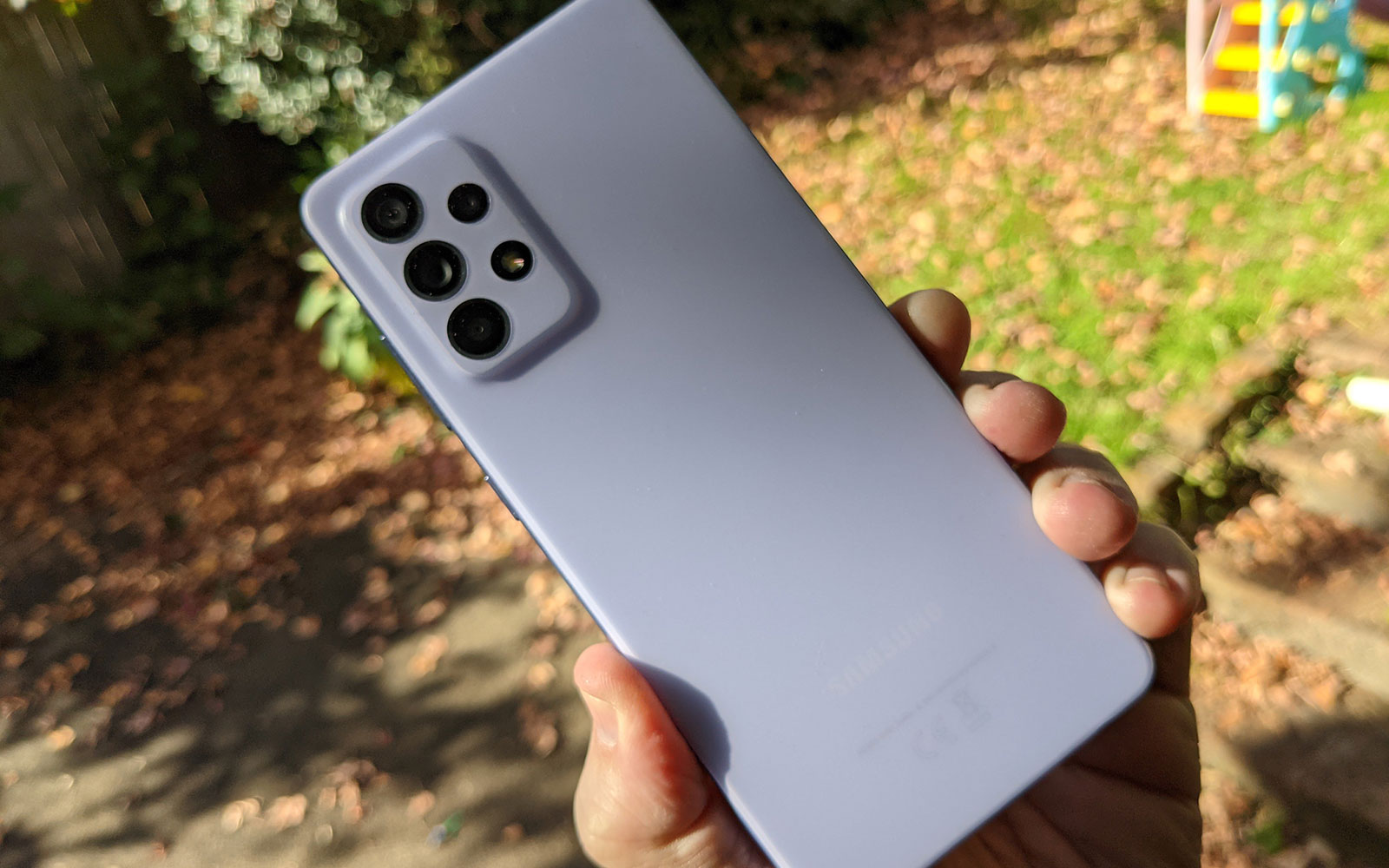 Perhaps the most impressive feature of this phone’s design is the intimidating camera array in the top left corner on the back of the handset. Samsung packs in three lenses, a depth sensor and a flash in a box that sits just above the rest of the chassis.

The three cameras here include a 64-megapixel shooter for most of your everyday shots, a 12-megapixel sensor with an ultrawide lens and a dedicated 5-megapixel camera for macro photos (super close-up shots).

My experience with the camera in the A52 was uneventful, which is a bit of a backhanded compliment but it sums up what you can expect. The camera app is the same as the one you’ll find in any new Samsung phone; you get the same Pro mode controls, the same filters and features and the same shooting modes.

The photos I took with the A52 were all quite good. The auto-focus is fast and mostly accurate, and the depth of field creates great portraits. My only complaint is that Samsung’s ‘scene optimiser’ feature dials up the saturation so much that it can change the colour in some photos entirely. This is turned on by default, but I’d recommend you find the option in the camera settings and switch it off. 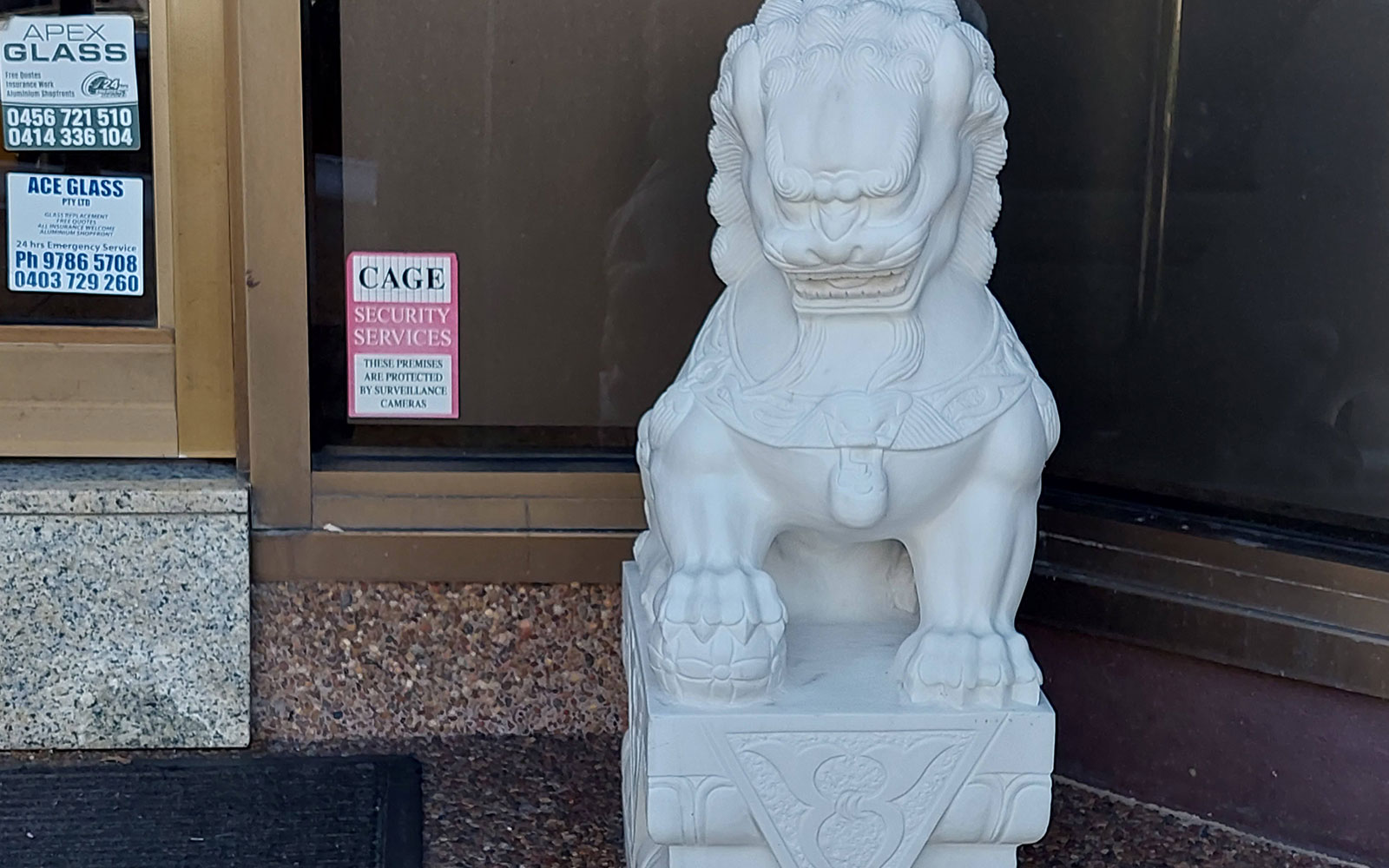 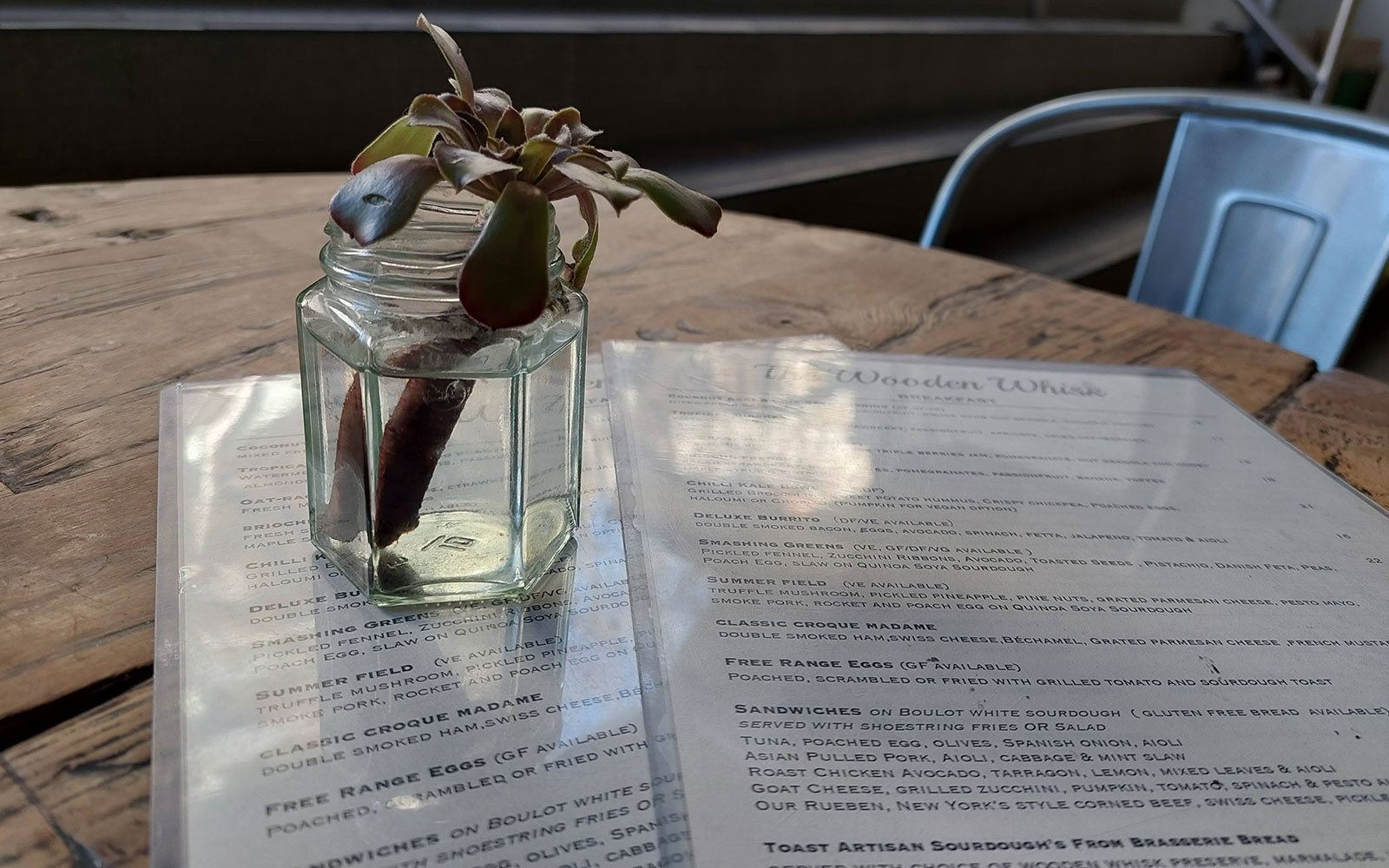 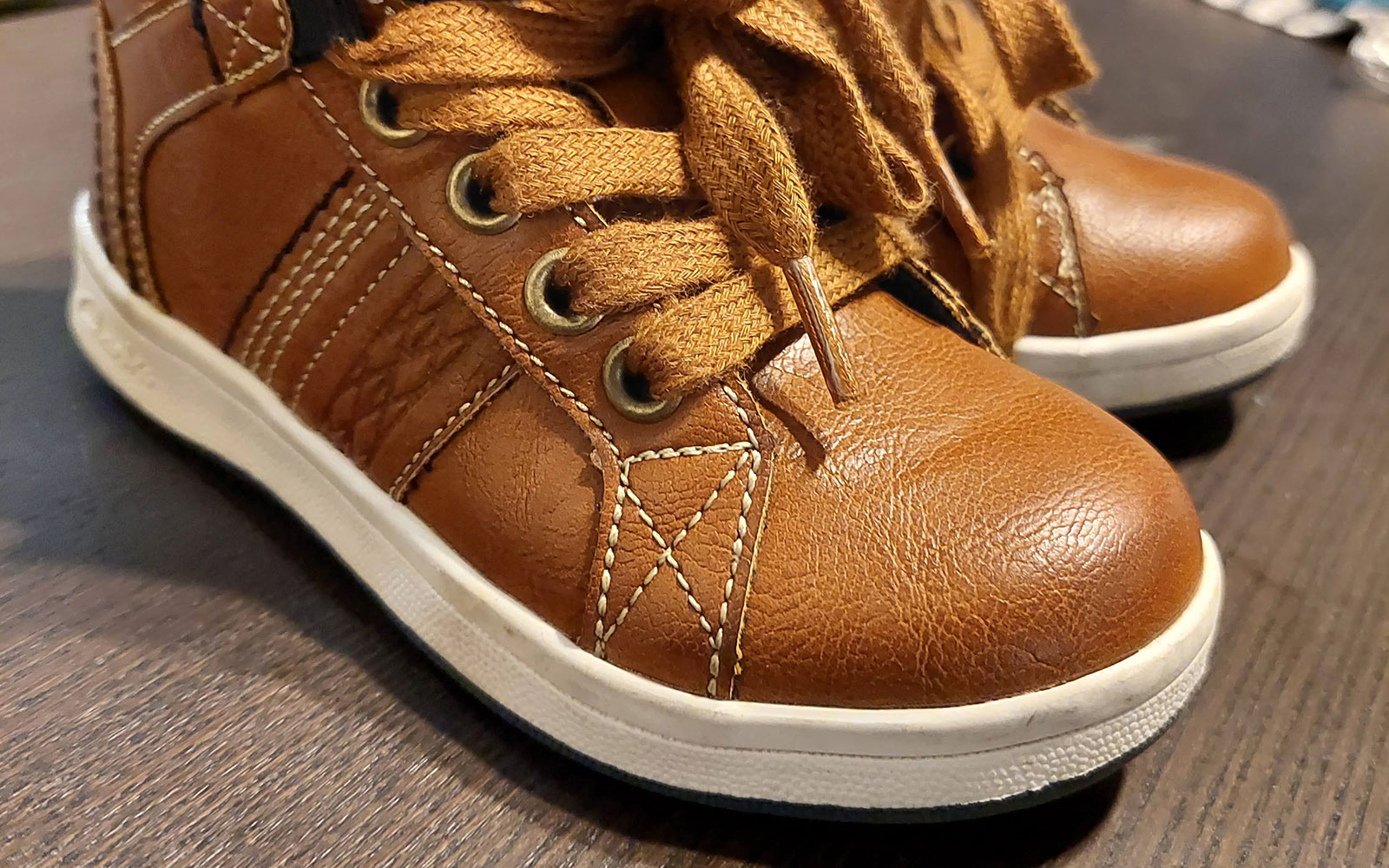 Samsung Galaxy A52: Features and performance

If there are significant differences between the A52 and more expensive phones, most of these are under the hood. If you refer back to the table above, you’ll notice that the processor in the A52 is a Qualcomm Snapdragon 720G. This is one of the areas where sacrifices are made to keep costs down, but given the maturity of smartphone processors, it’s quite hard to tell what you miss out on.

During my time with the A52, using it as my everyday phone, I didn’t notice any instances where the phone fell below my expectations. Apps load fast, multitasking is swift and I didn’t experience any crashes. The A52 is definitely fast enough.

The phone comes with Android 11 installed and the Samsung One UI launcher, which is now one of our favourite Android UI mods. There is an under-screen fingerprint scanner, which could be a tad faster and more accurate, and face recognition for unlocking the phone.

The one thing that did bug me was the number of bloatware apps installed out of the box. During setup there is an option to install several apps, which I refused, but when I checked the app drawer later, there were nine other apps pre-installed.

Some people may appreciate having one or some of these apps installed as a time-saver, but there's something off about being advertised to on a product that you paid for. We realise that the A52 is a cheaper phone, but that doesn't mean we expect to have ads on our phones.

Talk about saving the best until last. The battery life is one of the areas where the A52 surpasses so many other phones we review; both cheap and expensive.

Keeping the lights on is a big 4500mAh capacity battery, and with this, we routinely enjoyed about two full days between charges. This might be a day and a half on heavy use days, but never less.

It’s not just the enormous battery that produces this result either, it’s the combination of everything we’ve discussed to this point. The lower-powered processor and the lower resolution screen and key to drawing out the battery life to its maximum. If you have been looking for a phone that lasts longer than a day, the A52 should be on your shopping list. 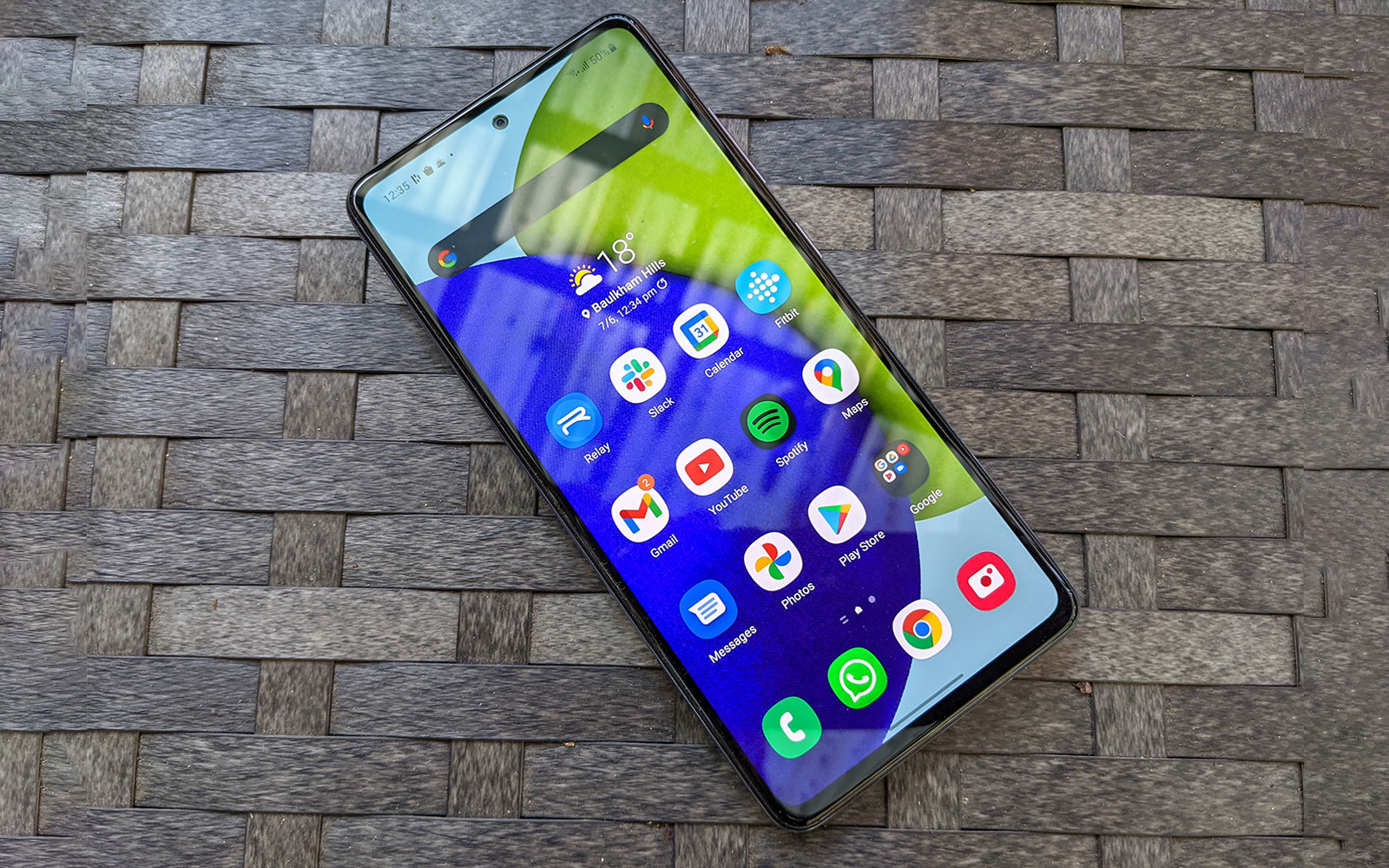 Samsung Galaxy A52: Is it worth it?

Taken as the sum of its parts, the Samsung Galaxy A52 is a stellar smartphone. It performs as well as more expensive models, costs half as much, and it has double the battery life in some cases.

The A series is fast becoming the Samsung handsets to watch. There’ll always be flagship models and folding screens, but if you want a solid all-rounder that won’t break the bank, then you should check this phone out.