46% of Aussies say they’re addicted to their mobile phones

Almost 80% of us check our phones first thing in the morning.

In the last decade or so, our phones have evolved from simply being a portable telephone to becoming our personal assistants, entertainment hubs, workplaces, personal trainers and even replacing our wallets. And with the current state of international border closures, our mobiles are also our gateway to the rest of the world and the loved ones scattered across the globe. So, needless to say, most of us are pretty attached to our phones. But just how attached are we?

We surveyed Aussies about their mobile usage and their attitudes towards their phones, and the findings are pretty sobering, with almost half of us admitting we’re not just attached to our phones - we’re addicted.

Our previous research found that the average Australian spends 5.5 hours on their phone. With that in mind, it shouldn’t come as a surprise that 46% of respondents to our survey said they were addicted to their smartphones. In fact, our research showed that our phones are with us almost 24/7, with 72% of Aussies sleeping with their phone next to them and 79% saying they check their phone within 10 minutes of waking up.

Furthermore, 55% of respondents say they never leave the house without their phone, with three in four Aussies admitting they’d feel “uneasy” if they left it at home. 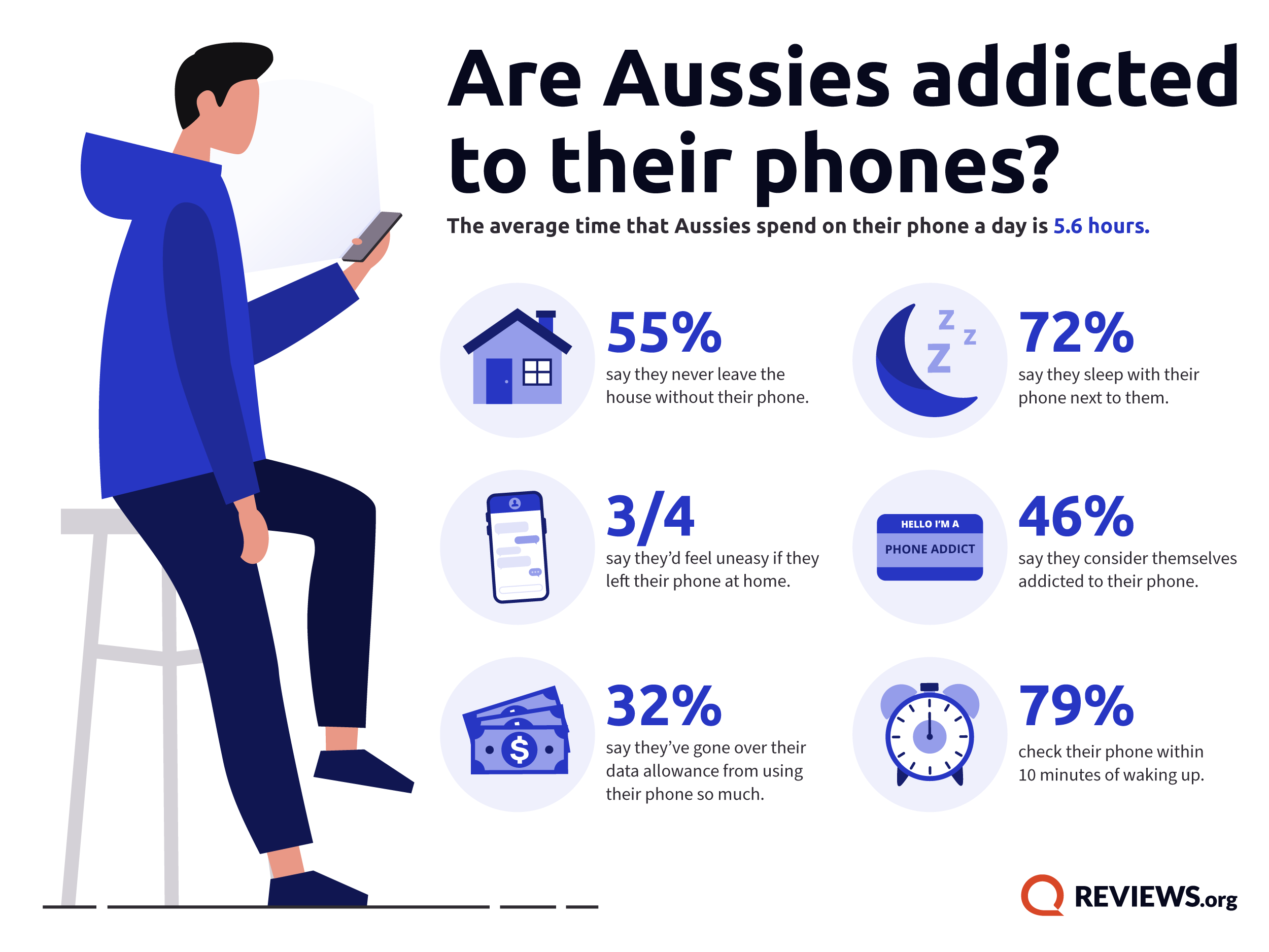 This growing addiction to our smartphones is also having an impact on our finances, with 32% of Australians saying they’ve exceeded their data allowance due to spending so much time on their phones. Fortunately, most mobile plans in Australia now provide far more data for a lower monthly cost, so simply changing plans could significantly reduce excess data charges.

How to curb your smartphone addiction

At this point, our phones have become an essential part of daily life, so cutting out screen time completely isn’t a feasible solution. However, there are a few steps you can take to reduce how much time you spend on your phone and create a healthier relationship with technology.

We surveyed 1,000 Australians about their mobile usage and opinions, then analysed the results for this report.