We’re sinking an average of 5.5 hours into screen time each day.

How much time do you think you spend each day with your eyes glued to Instagram, Facebook, Netflix and TikTok? A couple of hours? Maybe three? Well, thanks to the growing popularity of unlimited mobile data plans, the real figure is even more than that. Like, a lot more.

We surveyed Aussies to find out how many hours on average they spend looking at their phones per day. We compared this to general wellbeing statistics, like life expectancy and sleep patterns and came to a pretty sobering conclusion: we’re spending almost 17 years of our lives on our phones.

In our research, we discovered that the average Aussie spends 5.5 hours per day on their phone, which equates to 16.6 years, based on the average age we get our first phone (around 10 years old1) and average Australian life expectancy2. That translates to 33 percent of our waking life3.

As you might’ve expected, younger generations are leading the charge when it comes to how many hours we’re sinking into our devices. While those born before 1965 are reporting an average of three hours of screen time per day, that number effectively doubles among Gen Xers and Millennials. But it is those in the Gen Z cohort that are really taking advantage of those unlimited data plans, reporting an average screen time of 7.3 hours each day. 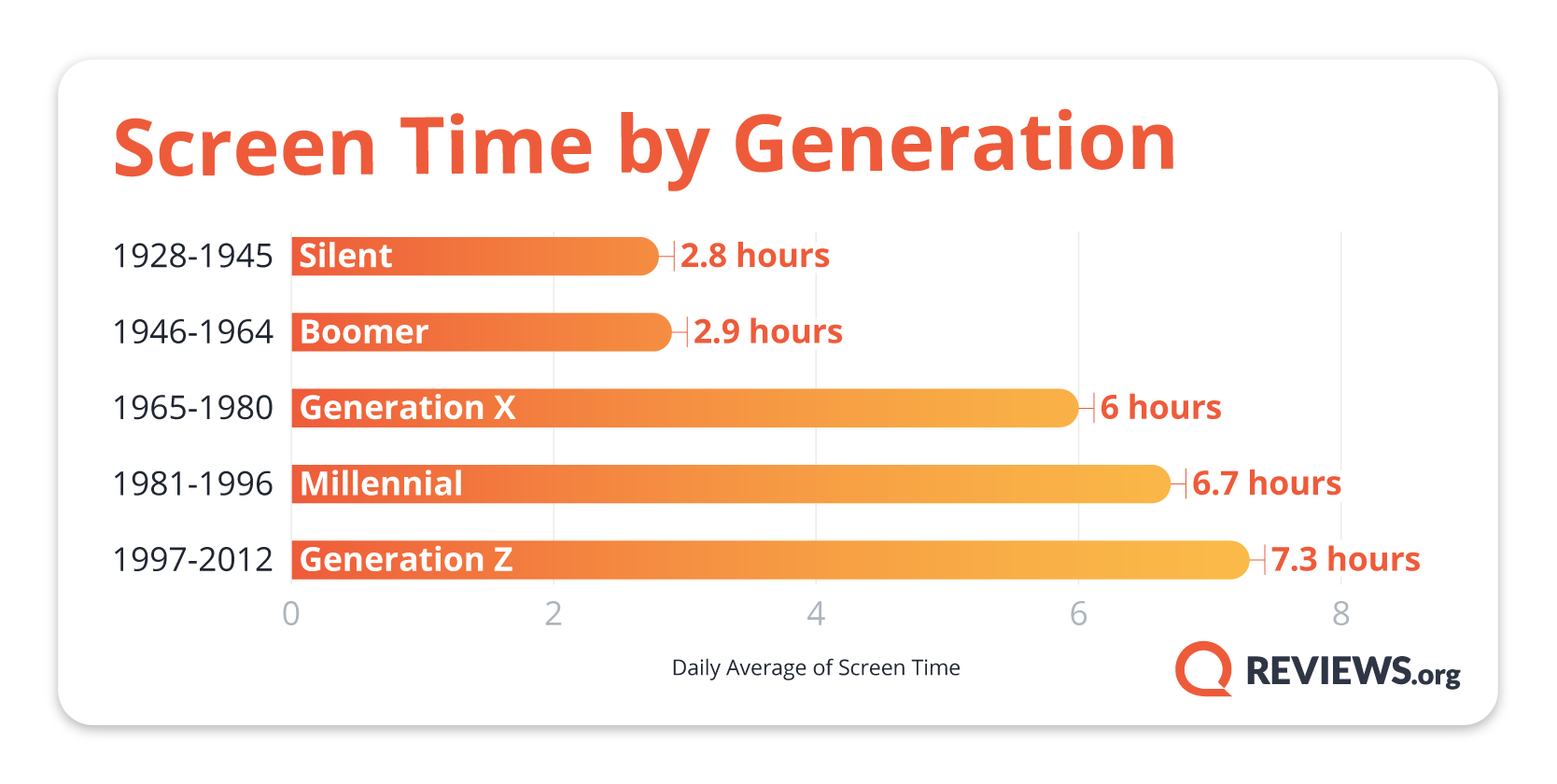 How to reduce screen time

Smartphones have become so much a part of our daily lives that, for most people, it’s impossible to go without for more than a few hours without glancing at their devices. However, to ensure you maintain a healthy relationship with technology, it’s important to set a few guidelines.

“Most of us have boundaries around when and where we eat food. The same thoughtfulness can be applied to consuming technology,” explains Kim Anenberg Cavallo, Executive Director and co-founder of Unplug Collaborative, the team behind the National Day of Unplugging.

“Create an engaging, tech-free zone in your home where screens are nonexistent and mobile devices will not follow you.”

This space should be an ever-changing hub of tech-free goodies, Kim says. Fill it with board games, puzzles, books, magazines, crafts and whatever else will feed that part of the brain that’s so used to being constantly bombarded with new links, images, videos and games.

“Make sure your tech-free zone has the element of surprise built in by swapping out the games and books regularly,” Kim said.