The OPPO A96 makes the OPPO A76 look like a chump

$50 more gets you a better screen, a nicer camera, added connectivity and a few extra GB of RAM

The new OPPO A96 is only $50 more expensive than the brand's last budget device, but it packs in a ton of new tech for the money.

Like last month's OPPO A76, the new OPPO A96 runs on the Snapdragon 680 processor, Android 11 (flavored by OPPO's own ColorOS 11.1) and a 5000mAh battery. It's even got the same 33W SUPERVOOC fast-charging, side-mounted fingerprint sensor, 90Hz refresh rate and IPX4 splash resistance that made the OPPO A76 such a nifty buy at $349.

However, despite these surface-level similarities, the differences between the two devices make the advantages that the extra $50 gets you pretty clear.

The OPPO A96's screen isn't just bigger at 6.59-inches, but also better thanks to FHD+ resolution. On top of this, the new device features 8GB of RAM (doubling the 4GB found in the A76), NFC connectivity (which the A76 lacks) and a rear camera with 50-megapixel main sensor. The latter, which is complemented by a 2-megapixel (f/2.4) depth sensor, easily wins out over the 13-megapixel main camera lens found on the OPPO A76.

Likewise, the front-facing camera on the OPPO A96 doubles the number of megapixels found on the OPPO A76's selfie camera.

All things considered, and even if it doesn't have 5G connectivity, the OPPO A96 squeezes a lot of meaningful additions and improvements out of that extra $50. On paper, this device looks to be doing a better job of competing with the OPPO A76 than most of the competition does.

Those looking at the new device have two colors to choose from: Starry Black and Sunset Blue. 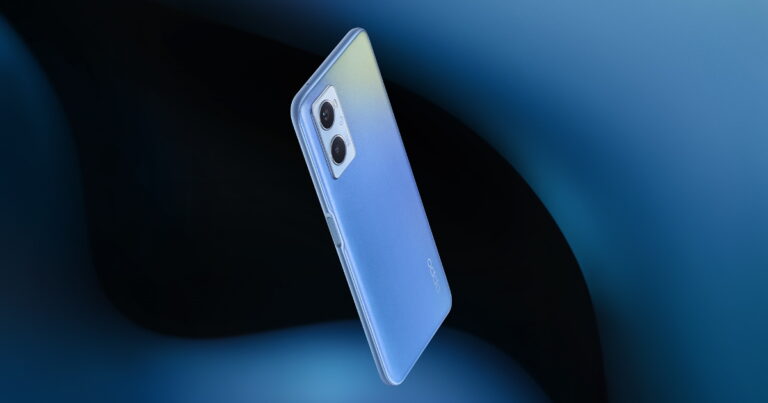 How much does the OPPO A96 cost in Australia?

In Australia, the OPPO A96 has a recommended retail price of $399.