Move over, Samsung. There's a new A-series device in town.

OPPO are shoring up their affordable A-Series range of smartphones with the new OPPO A76.

Built around a 6.56-inch LCD display with a 90Hz refresh rate and a Snapdragon 680 processor, the A76 arrives in two color options: Glowing Blue and Glowing Black. Both variants feature a side-mounted fingerprint sensor, plus new quality-of-life features like a Super Power Saving Mode, Super Nighttime Standby and Optimised Night Charging.

Under the hood, the Color OS-powered smartphone pairs up 4GB of RAM with 128GB of on-board storage. Those who need more of the latter can also expand things via a MicroSD slot found on the edge of the handset.

In terms of cameras, the OPPO A76 is kitted out with a single 8-megapixel sensor. Meanwhile, the back of the device is armed with a 13-megapixel main sensor that's supported by a 2-megapixel depth sensor that's used to power the A76's various portrait and depth-of-field photography modes.

"Reliability, performance and ease-of-use are the main themes of the new A76 as we aim to create a device that provides a truly effortless user experience," OPPO Australia Managing Director Michael Tran said.

While the OPPO A76 doesn't come with many of the features you'd expect from a more expensive device, such as an in-display fingerprint sensor, IP68 water resistance or wireless charging,  it does boast 33W SUPERVOOC fast-charging and IPX4 splash resistance.

For comparison, Apple's iPhone 13 officially supports chargers of up to 20W while the Samsung Galaxy S22 supports slightly faster speeds of 45W.

OPPO doesn't provide any estimates for how long it'll take for that fast-charging tech to top up the A76's 5000mAh battery, but they do say that five minutes of charging should translate into around 3.5 hours of talk time.

The arrival of OPPO's latest A-series device comes just days after the launch of Samsung's latest bid to nab the attention and dollars of budget-sensitive buyers with their own A-Series devices. 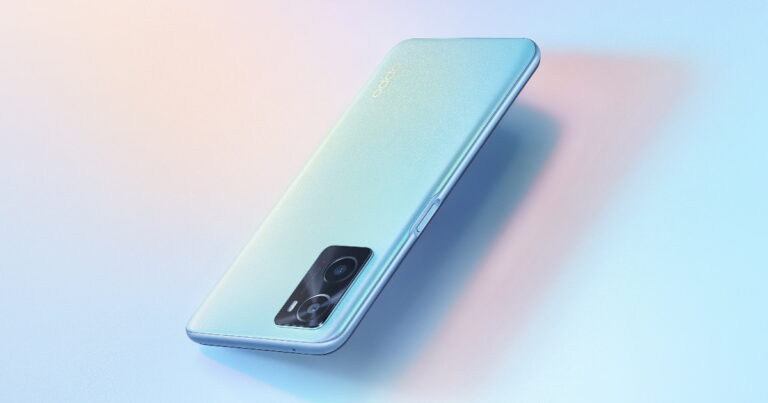 How much does the OPPO A76 cost in Australia?

In Australia, the OPPO A76 has a recommended retail price of $349.

To celebrate the launch of the device, OPPO are also running a promotion that bundles in a free set of OPPO Enco W12 earphones (valued at $99) through participating retailers.