The new range of budget and mid-range handsets will have a staggered release.

Samsung has officially announced its new range of budget and midrange Galaxy A handsets and the lineup is confusing to say the least. Here in Australia, Samsung is staggering the release of all five handsets; the Galaxy A73, Galaxy A53, Galaxy A33, Galaxy A23 and Galaxy A13. 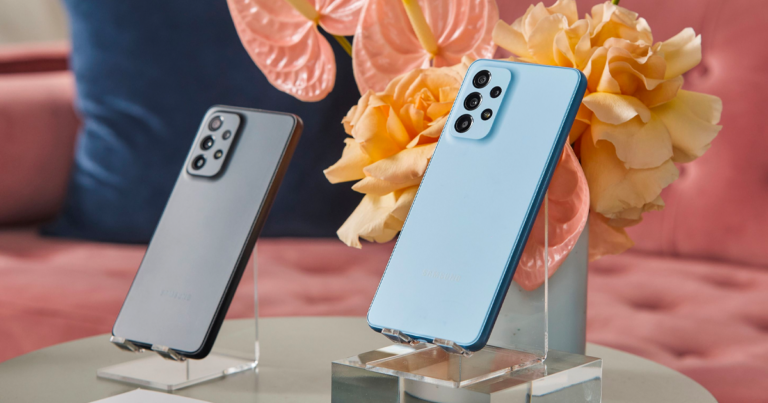 There are upgrades across the board but most notable is the focus on 5G connectivity and improved photography and processing power courtesy of a brand-new 5nm chip.

It’s a huge range of handsets to begin with but things get even more complicated the further you drill into the details. In short, the new range of Galaxy A smartphones will cost between $329 and $799 when the first wave of models launch locally from the 1st of April 2022.

Samsung has, mercifully, kept the storage options simple for the 2022 Galaxy A family, offering 128GB internal storage across every device, with 6GB of RAM from the A33 and up, and 4GB of RAM on the two budget options (A23 and A13).

To begin with the A13 and A23 will only be sold with 4G connectivity in Australia but Samsung has confirmed that it will bring 5G variants of those two devices to Australia later this year.

Midrange premium: Galaxy A53 and Galaxy A73 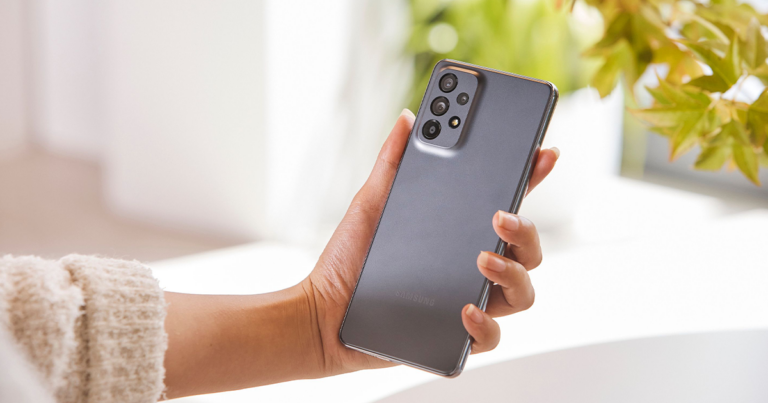 The top-end of Samsung’s Galaxy A series is where most budget-minded power users will find themselves. This year, there are only two headline models, the Galaxy A53 5G will play second fiddle to the top-tier Galaxy A73 5G. Thankfully, Samsung has ditched the 4G variants on the majority of Galaxy A Series handsets, simplifying things ever so slightly. Likewise, both the Galaxy A73 5G and A53 5G are only available with 128GB and come in two simple colours each: Awesome Mint and Grey for the A73 5G and Awesome Blue and Black for the A53 5G.

The Samsung Galaxy A53 5G is first off the ranks, releasing on the 1st of April for $699 outright with preorders available from today. It’s available through all of Samsung’s usual retail and telco partners, including Optus, Telstra, Vodafone and Woolworths Mobile.

The Samsung Galaxy A73 5G releases later that month on the 22nd of April for $799 outright. It’s available through most of Samsung’s regular retail and telco partners with one exception, Optus.

Here are the Galaxy A53 preorder offers currently available through participating telcos.

Middle of the midrange: Galaxy A33 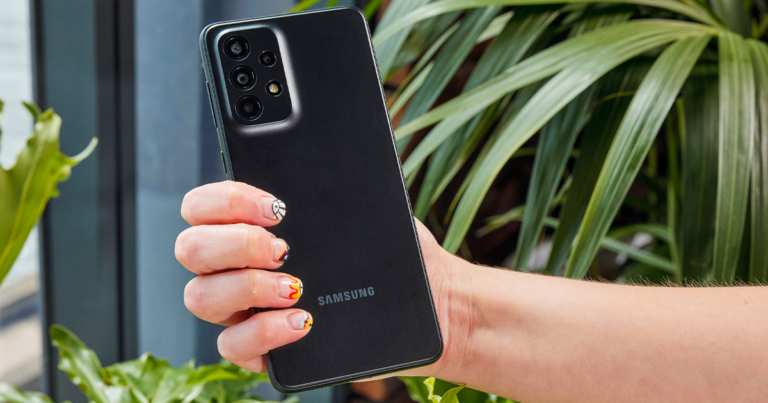 This year, the Samsung Galaxy A33 will also be sold exclusively as a 5G device with 128GB of internal storage and 6GB of RAM. The A33 shares the same Awesome Blue and Black colour options as the Galaxy A53 and comes with a 6.4-inch Super AMOLED display with a slightly reduced 90Hz refresh rate (compared to the 120Hz of the Galaxy A53 and Galaxy A73).

Samsung Galaxy A33 price and release date in Australia

The Samsung Galaxy A33 makes a few compromises and as a result comes in $100 cheaper than the A53 at $599 outright. It will be available in Australia from the 22nd of April (same day as the A73 5G) through Samsung’s usual retail and telco partners. 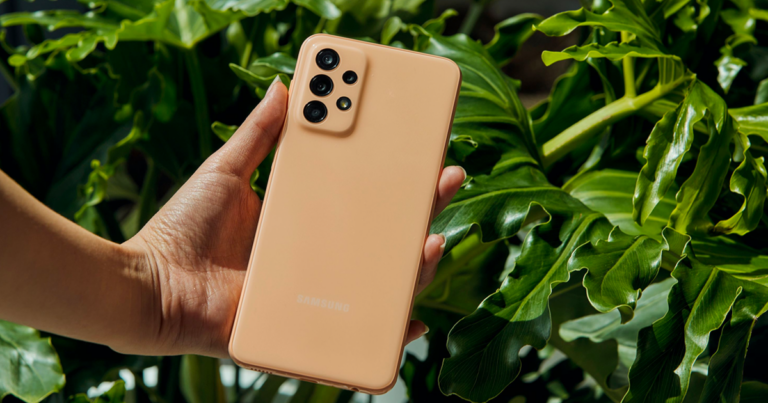 At the more affordable end of this year’s Galaxy A Series you’ll find the 4G-only Galaxy A23 and Galaxy A13. Samsung had decided to nix the 64GB storage options on its budget offerings, instead opting for a single 128GB option, just like the rest of the range. Saving on the A23 and A13 will, however, come with a slight memory downgrade, dropping to 4GB of RAM compared to 6GB offered by the other Galaxy A handsets.

Even though the Galaxy A53 is positioned as the headline device this year, the Galaxy A23 seems to be uniquely positioned to capture its own slice of the market. It’s the only device in the range offering Dual-SIM support and the Awesome Peach model.

On the other hand, the Galaxy A13 5G seems about as basic as basic can be. It’s a single-SIM device that’s only available in one colour, Awesome Black.

Samsung Galaxy A23 and A13 pricing and release in Australia