Move over camera bump, the age of the camera bar is here.

Both the Pixel 6 and Pixel 6 Pro come in three colour combinations, which can be seen below. If you're wondering which is which, the Pro has more space above the camera bar. 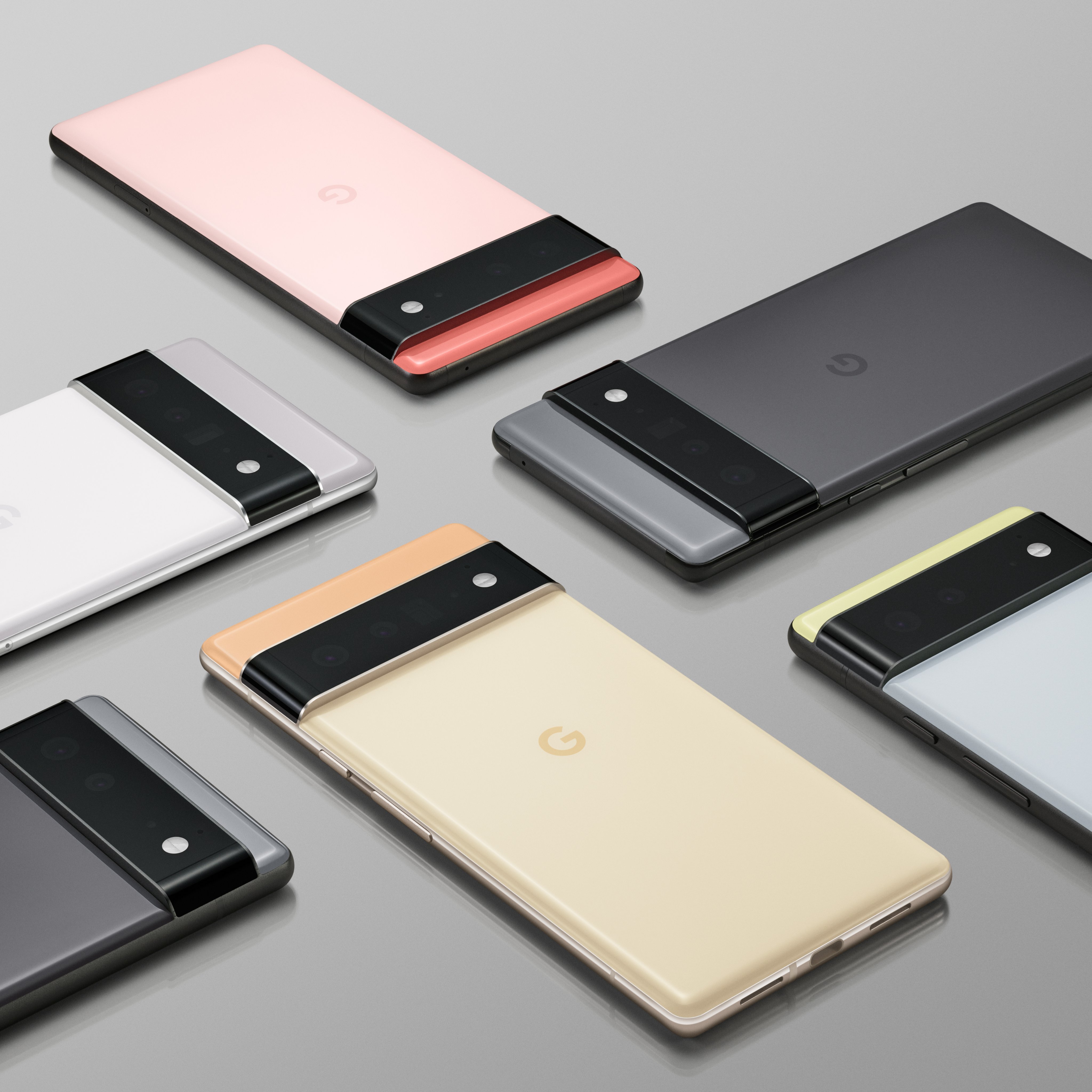 While the design is almost exactly what we expected, little was known about the Pixel 6's specs until now. Though it hasn't released a full spec sheet, Google has given us a few nuggets of information to work with.

First up, the camera. Pixels have long been lauded for their photography chops, doing more with one or two lenses than other phones can manage with three or four. For the standard Pixel 6, Google is again keeping it simple with two cameras (no specifics just yet), while the Pixel 6 Pro will get an extra telephoto lens with 4x optical zoom.

Now, onto the innards. For the first time ever, the Pixel 6 and Pixel 6 Pro will be powered by a Google-made chip, dubbed "Google Tensor". Once again, Google is keeping the juicy details close to its chest, but it does claim the Tensor can process its "most powerful AI and ML models directly on Pixel 6", which should see a "transformed experience" for the camera and speech recognition.

Interestingly, Google also claims the Pixel 6 and Pixel 6 Pro are "built with the most layers of hardware security in any phone". That sounds all well and good, but security from individuals is little without privacy from large corporations, so unless it also means an improved stance by Google on privacy and tracking (which seems unlikely), we're not completely sold.

Topping it all off is an all-new user interface, designed with aesthetics, usability and accessibility in mind.

Material You will be best on #Pixel6.

The colors, the camera, the form, and what’s on the screen all work together in a single, fluid experience.

We'll bring you more on the Google Pixel 6 and Pixel 6 Pro - including price and release date - as we get closer to launch.