Google has brought the brilliant camera from the Pixel 3 to a phone that's almost half the price, and nailed it. 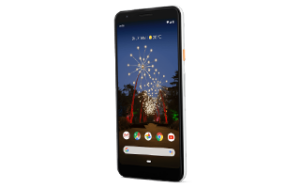 The Google Pixel 3a brings all the Google magic from the Pixel 3 into a cheaper phone, removing less-loved premium features like water resistance and wireless charging to distill this handset down to its barest essentials. It has a less expensive plastic back and its screen isn't the best of the best, but everything about the Pixel 3a is well and truly 'good enough'.

It definitely isn't the perfect phone, with merely acceptable battery life and a maximum onboard storage capacity of 64GB. Very occasional slowdowns, too, slightly take the shine off. But the appeal of that fantastic Google camera and the streamlined nature of Google's Android software make this a very easy choice as the mid-range Android smartphone to buy.

Who should buy the Google Pixel 3a?

The Pixel 3a inherits almost all of the best features of the Google Pixel 3 and Pixel 3 XL, bringing that same excellent Google experience and streamlined software to a much cheaper handset that doesn't make too many trade-offs to lower its price tag. It's a phone built around Google's key services like Gmail, Maps, Drive and Photos, and if you live in Google's app ecosystem you'll find yourself very happy.

Another bonus of the Pixel family is three years of automatic software and operating system updates, making sure your phone remains protected from threats. If you take a lot of photos with your phone, you'll also be happy to know that the Google Pixel 3a includes unlimited online storage through Google Photos for original quality snaps from the Pixel 3a, where it only offers 'high quality' compressed images for free through other devices.

The camera has always been the hallmark of Google's Pixel family of phones - it's even in the name - and the same is true even of the relatively cheap Pixel 3a. It has the same rear 12-megapixel f/1.8 camera sensor as the flagship Pixel 3 and captures the same detailed and colourful images as its more expensive counterparts, and the front camera is also the same as the Pixel 3 - just without the extra wide-angle lens for fitting more people in your selfies.

Where the Pixel 3a makes its budget cuts are areas you might not have even considered during your shopping around for a new phone. The Pixel 3a doesn't have wireless charging, for example - it's a very useful convenience feature, but if you're the kind of person that always plugs your phone in overnight then losing it won't matter to you. It doesn't have water resistance either - another useful feature, but if you're using this phone for anything short of documenting your kayaking holiday, it'll do the job very well.

Note: The Google Pixel 3a is no longer available on a plan in Australia. Below are the most popular plans for the Pixel 3a's successor, the Pixel 4a, from Australian providers.

One of the biggest surprises around the launch of the Google Pixel 3a was the news that it would have effectively the same camera setup as the flagship Google Pixel 3 from late 2018, matching the camera setup of the phone that was widely considered to take the best photos of any smartphone on the market. Now, there are still a few small differences - there's no front-facing wide-angle lens for group selfies, and the phone doesn't have the Pixel Visual Core chip that speeds up processing time - but the experience of taking photos and the end result is essentially identical and equally impressive on the Pixel 3a as it is on its more expensive counterpart.

The camera setup definitely isn't anything special compared to the multi-lens, multi-angle camera sensors of new flagship phones like the Samsung Galaxy S10 or Huawei P30 Pro. A relatively pedestrian 12-megapixel f/1.8 sensor on the back is joined by a relatively pedesetrian 8-megapixel f/2.0 sensor on the front. But it's Google's software - both in the Google Camera app and while you're looking through previous snaps in Google Photos - that makes the Pixel 3a shine.

The Google Pixel 3a's photos are sharp, detailed and vibrant, and you can put its camera to work in a huge range of scenarios and lighting conditions and always come out with an impressive result. The same Night Sight feature as other Google Pixels means you can hand-hold your Pixel 3a to capture a photo in extremely dark settings, with the phone snapping several photos and intelligently combining them for a result that looks like it was captured in daylight.

The main thing you miss in the Google Pixel 3a is its lack of hardware - there's no 2x or 5x telephoto zoom like you'll find on a Samsung Galaxy S10 or Huawei P30 Pro. That means you'll have to zoom with your feet - walk forwards or backwards - to frame your photo. Google's digital zoom is the best in the game, but it still doesn't compare to the detail you can get without cropping in on a portion of that 12-megapixel camera sensor. There's also no microSD card slot, though that pain is offset by free unlimited Google Photos uploads.

Flaws with the Google Pixel 3a

In building the Google Pixel 3a, Google has clearly subtracted some features from the more premium Pixel 3 and Pixel 3 XL to preserve those devices' spot at the top of its smartphone pecking order. The mid-range Snapdragon 675 processor and only 4GB of RAM - versus competitors with up to three times that - also means you might experience a short wait when loading apps that you don't use regularly, but this isn't an issue that rears its head often.

Battery life is not a particularly low point, but it isn't a hugely impressive aspect of the Pixel 3a's performance. A full day of moderate use is standard, but if you've got an especially busy day on the tools you might find your phone runs out of energy before you do. Thankfully a fast 18-Watt USB-C charger is included in the box, and you can use any USB Power Delivery compatible charger to rapidly charge the Pixel 3a's 3000mAh or Pixel 3a XL's 3700mAh cell.