The field of eSIM options in Australia continues to widen

While opting for a eSIM over a physical one won’t save customers any money, Felix Mobile says that it will save them time.

Rather than fill out the paperwork involved and then wait for a physical SIM card to arrive in the mail, customers will be able to set up eSIM via the Felix Mobile app and (have their number transferred) in as little as fifteen minutes.

“We think this will be a game-changer for competition and choice for customers and we are thrilled to be able to offer customers the ability to connect to a felix service in minutes through the felix app,” said felix general manager Paul Tierney.

An eSIM is a digital replacement for a physical SIM card. Many newer-model smartphones are eSIM compatible, but you need an eSIM provider to actually make use of this feature.

Those signing up for an eSIM plan typically choose from the same range of options than those using physical SIM cards. Enabling eSIM can also free up your physical SIM card, allowing you to convert your phone into an ad hoc dual-SIM phone.

From this week onwards, eSIM will be available as a free and optional add-on for all new Felix Mobile customers who sign up for the Vodafone-owned MVNO’s singular $35 plan.

Existing customers will also be able to swap to eSIM via the Felix Mobile app.

The only potential snag that customers need to watch out for is making sure that they have a smartphone that supports eSIM connectivity.

For iOS users, anything more recent than the iPhone 10 (iPhone XS or above) will work. The situation for Android users is a little more complicated, though the latest flagship handsets from Samsung (such as the Samsung Galaxy S21) and Google are a safe bet. 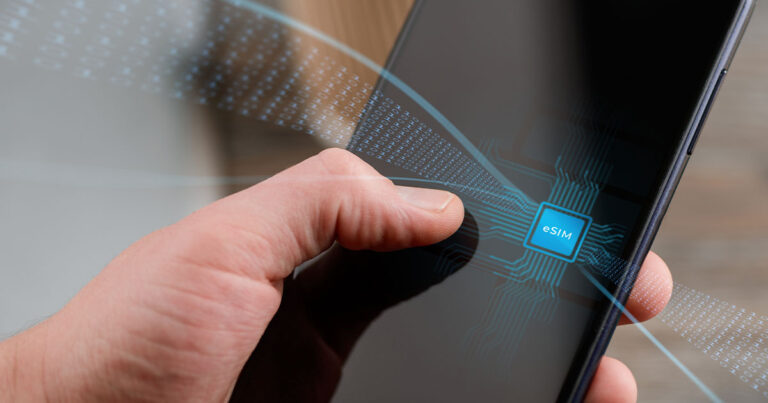 The move to offer eSIM also plays into Felix’s positioning as a sustainability-focused mobile connectivity provider.

Mr Tierney noted that millions of SIM cards are produced and distributed in Australia each year.

To him, the switch to eSIM means more than just reduced postage and handling costs for Felix. It also means less plastic waste in the long run.

“This is better for the planet and reinforces felix’s commitment to reduce waste and avoid single-use plastics going into landfills,” Mr Tierney said.

Alongside these sustainability concerns, the move also singles out Felix Mobile as one of the few eSIM providers in Australia.

At the time of writing, Australians looking for a mobile provider with eSIM-friendly plans are mostly limited to wholesalers like Telstra, Optus and Vodafone.

The Optus-backed Gomo is the exception to the rule, although Telstra has said that it's in the process of testing eSIM functionality amongst its various MVNO partners.

For a round-up of eSIM plans offered by Australia's major telcos, consult the widget below: