According to a new ACCC report, Aussies are getting the best NBN speeds since reporting began.

Today, the Australian Competition and Consumer Commission (ACCC) dropped its 12th quarterly Measuring Broadband Australia report, and it's good news all around for NBN providers and customers with NBN speeds soaring across the board.

During the period tested (December 2020), internet providers achieved between 85 and 98.9 per cent of maximum possible speeds across all fixed-line NBN plans during the 7-11 pm evening period. That's the highest percentage reported since the ACCC began monitoring NBN speeds in 2018.

In terms of NBN providers with the highest speeds during busy hours, Optus has been knocked off the top spot by TPG, which has overtaken the telco giant by just 0.2 percentage points. 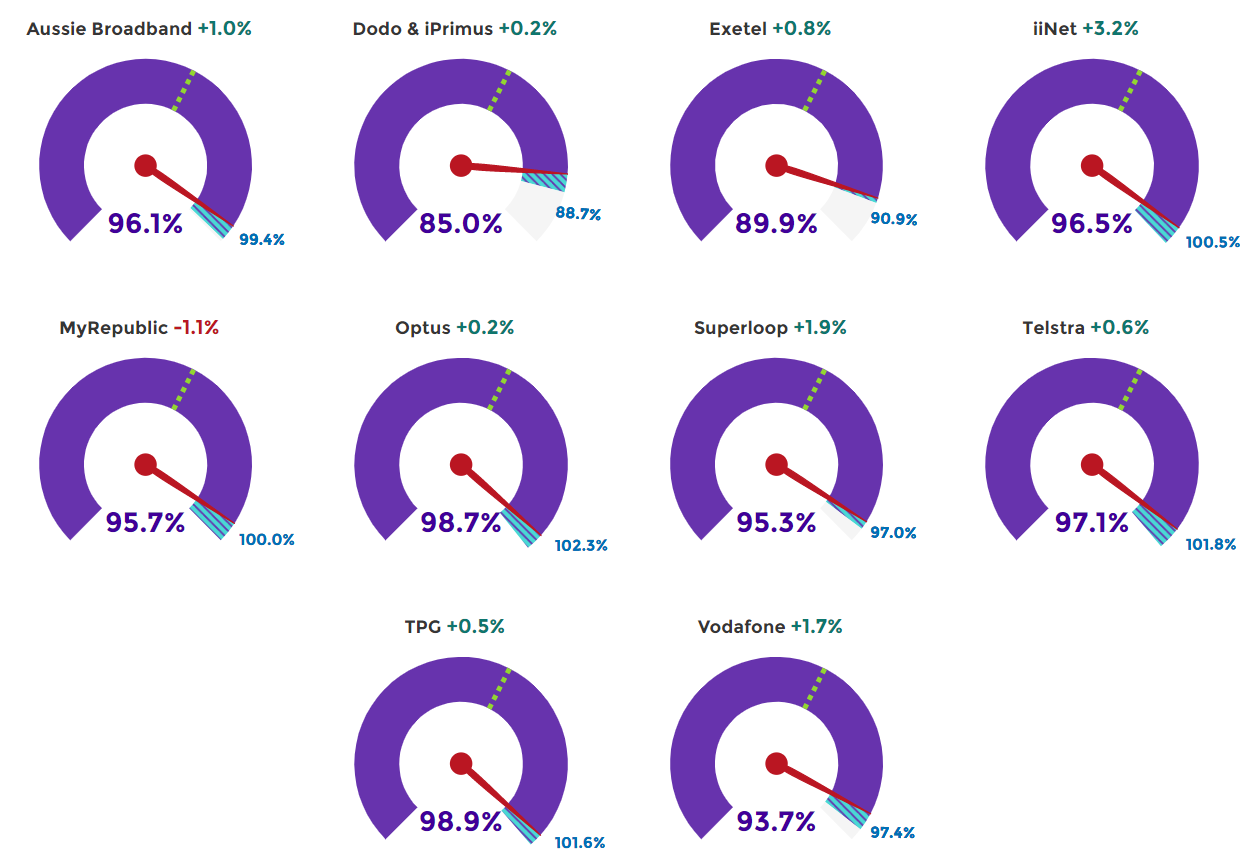 The March report is also the first to provide benchmarks for NBN fixed wireless connections, with those customers receiving an average of 78.5 per cent of maximum plan speeds in December 2020. However, this dropped to just 68.4 per cent during busy evening periods.

"In many cases, these limited speeds are caused by modem or in-home wiring issues and can be fixed with a visit from a technician, or by moving consumers to lower and less expensive speed plans to ensure they receive the speeds they pay for," Brakey advised.

Thinking of switching to a provider with higher NBN speeds? Check out the fastest NBN 50 plans below, according to the WhistleOut comparison engine. To change speed tier, simply click on the drop-down menu.