Valve is set to give the Nintendo Switch a run for its money, today announcing its own handheld gaming console, the Steam Deck. Starting from US$400 (AU$539), the Steam Deck features a 7-inch LCD screen, 16GB of RAM, and up to 8 hours of battery life. Like the Switch, it's even got a dock to allow users to connect the console to external monitors, wired networks and USB peripherals. Unlike the Switch, it doesn't come standard with the Steam Deck and will be sold separately. 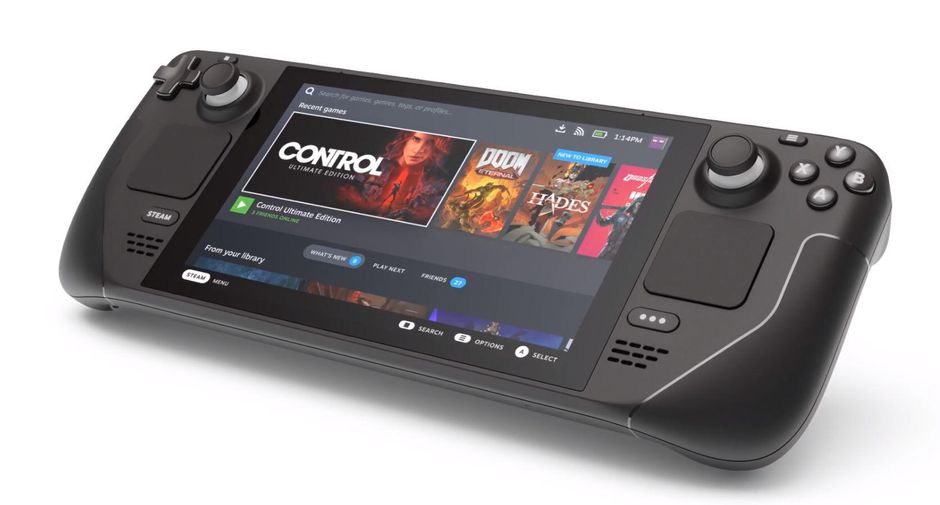 Users will be able to access their full Steam library (including collections and favourites) directly from the console, just as they would on any regular PC. With Cloud Save, you can even start playing on your PC and continue on the Steam Deck - and vice versa.

The Steam Deck starts around the same price as the new Nintendo Switch OLED Model at US$400 (around $539 for us Aussies), with the price increasing by $120-$130 with each storage upgrade. At the top-end, you're looking at US$650 (AU$875) for the 512GB model, which is admittedly quite exorbitant given both the PlayStation 5 and Xbox Series X retail for less than $750.

The Steam Deck will begin shipping from December 2021, however, Aussies may have to wait a little longer. Right now, reservations are only open for customers in the US, Canada, European Union and the UK. Interestingly, those wanting to reserve a console will have to pay $30 for the privilege. According to Valve, this is "to ensure an orderly and fair ordering process for customers when Steam Deck inventory becomes available". The fee is refundable should you cancel your order.

We'll update you as soon as we know more about when the Steam Deck will become available in Australia.