Razer's revised mobile gaming accessory offers improvements in every aspect, except the most important one. 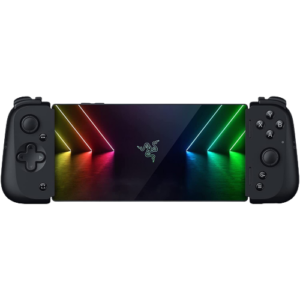 Razer has gone back to the drawing board, and those who invest in the company's second-generation mobile gaming controller aren't likely to be disappointed by the results.

Even if it's still held back by the software-adjacent issues, the Razer Kishi V2 raises the bar for the hardware side of the smartphone gaming experience,

By the numbers, mobile gaming is bigger than its ever been. One report released by IDC in May 2022 suggested that the smartphone-centric slice of the market now makes up 61% of the gaming pie, and releases like Diablo Immortal are making just as big a splash as traditional titles.

However, for many, the potential appeal of mobile gaming strains against the physical limitations of the hardware involved. Regardless of whether you're playing on iOS or Android, touch controls are the standard. Unfortunately, they still kinda suck.

The gulf in responsiveness between touch and physical buttons remains something of a chasm. Even in the best-case scenario, you're still sacrificing the ability to see parts of the screen while you play.

Accessories like the original Razer Kishi are an attempt to remedy this problem. Echoing the form-factor of the ever-popular Nintendo Switch, these dedicated controllers promise to make mobile gaming feel just as good as a more traditional handheld.

The stakes for making mobile gaming better have only risen as cloud gaming has become more popular, and so Razer's new Kishi V2 is here to rise to that occasion. 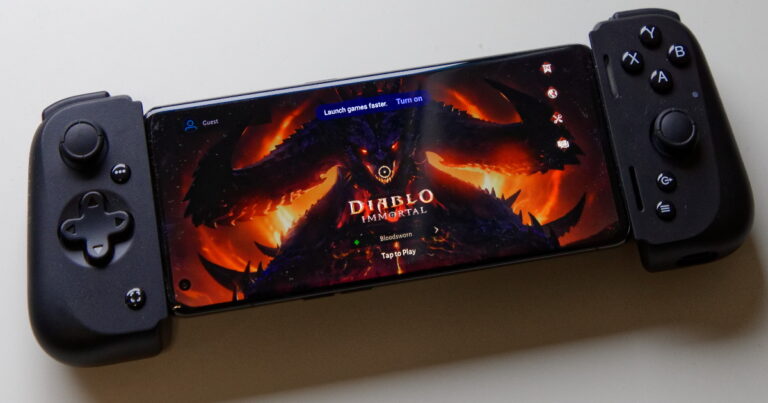 How much does Razer Kishi V2 cost in Australia?

$40 more than the RRP of the original Kishi

In Australia, the Razer Kishi V2 starts at an RRP of $169. That price is the same regardless of whether you're looking to pick up the Android or iOS version of the controller.

Conservatively, the Kishi V2 costs about double what you can find the first-gen smartphone accessory for nowadays. In terms of how it compares to the competition, the Kishi V2 is also slightly cheaper than the Backbone One, which can typically be found for around $179.

That said, picking the right retailer can be a shortcut to saving a few bucks. Check out the table below for a round-up of Australian pricing for the Razer Kishi V2. 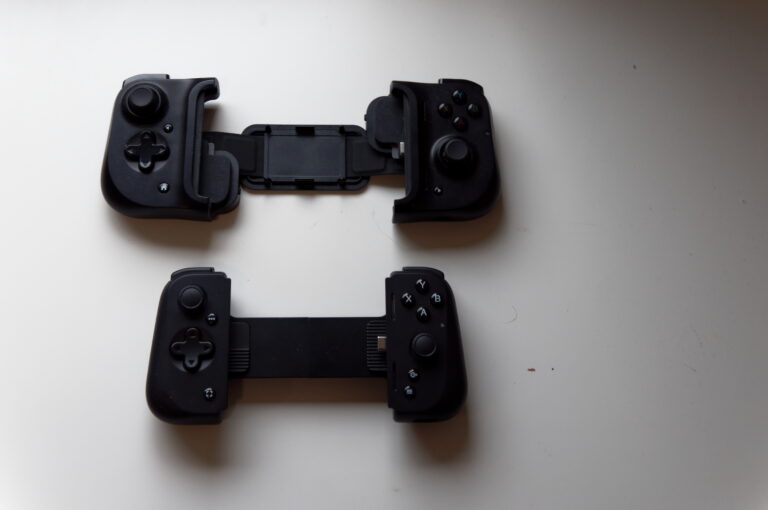 While the Razer Kishi V2 isn't a huge departure from the original. In more ways than not, the big picture idea here remains the same. Just like the first-generation version of the Kishi, Razer is promising to temporarily turn your smartphone into a Nintendo Switch-like handheld gaming console.

The differences are all to do with the execution of that idea. There's a real trimming of the fat here, with the Kishi V2 ending up significantly sleeker than its predecessor. Naturally, it also weighs less at 126g compared to the 161g of the original. The more mushy-feeling buttons of that device have also been traded out for more tactile and responsive micro-switches.

As someone who racked up a fair amount of playtime with the original Razer Kishi, I clocked the difference in weight almost immediately. This improvement in ergonomics is most pronounced when it comes to the shoulder buttons, while the D-pad remains something of a weak link. Even if it's worlds better than the D-Pad on the original Kishi, it's still a poor substitute for the one you'll find on modern Xbox or PlayStation controllers.

Like those contemporary controllers, the Razer Kishi V2 features a dedicated screen record button plus a few other shortcuts. One of these jumps you into the Razer Nexus app. The other brings up the settings menu.

The screen recording hotkey is a particularly intriguing addition to the formula, and it's something I could actually see myself using when it comes to competitively-oriented titles like League of Legends: Wild Rift. However, this appeal is a little undercut by the lack of support for Twitch (at the time of writing, only YouTube Live and Facebook Live are supported) plus the lack of support for controller inputs on many of these mobile games.

Razer has mostly stuck to the standard controller layout here. That said, it has squeezed an extra two hotkeys alongside the shoulder triggers on the Kishi V2. These additional inputs can be remapped using the Nexus app. I struggled to find a particularly good use for them, but I imagine those looking to emulate older titles may appreciate the inclusion more.

Rather than the stretchy and concave banding seen with the original, the Kishi V2 opts for a more rigid spine. The inspiration for this revision is obvious, but it's far from an unwelcome change. A little pressure allows you to pull the spine on the Kishi V2 wider. This allows it to accommodate devices that are up to 175mm measured horizontally and 12mm thick. It'll even play nice with slim phone cases. This was a major pain point of the original Kishi, so it's nice to see it addressed.

Another feature worth touching on here is pass-through charging via the USB Type-C port on the bottom of the right-hand controller module. Those who pick up the iOS version of the Kishi V2 get a Lightning Port instead. Otherwise, the design and functionality involved is identical.

This dual-model approach isn't something I love about the Kishi V2, nor its predecessors and competitors. In a perfect world, I'd love to see a brand like Razer find a clever solution to it. Likewise, it'd be a huge value add if you could just use the Kishi as a wireless Bluetooth controller for a tablet or a PC. Maybe next time. 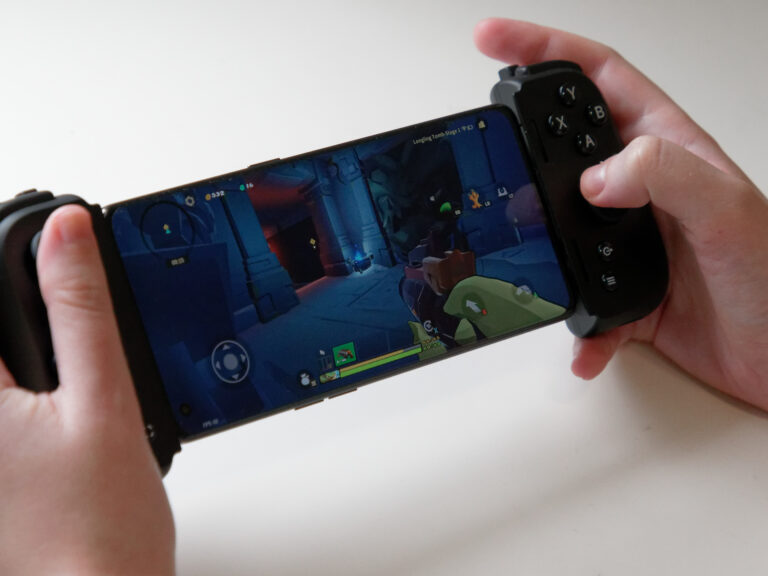 The Razer Kishi V2 gets a lot closer to delivering on its promise of making mobile gaming more like the Nintendo Switch than the original Kishi did.

Everything is a lot more clicky this time around. Mostly for the better. The superior tactility of the micro switch-powered buttons gives it a clear edge in short term, and the difference in ergonomics makes it more comfortable to use over longer sessions.

The experience of playing mobile games like Gunfire Reborn, Fornite and Diablo Immortal on the Kishi V2 is an absolute treat. Unfortunately, the gains above are all tempered by the frustrating realities of controller support on mobile devices.

Even at the best of times, it's incoherent and inconsistent. Genshin Impact, for example, supports controllers like the Kishi, but only on iOS. This is by no means Razer's fault, but it is frustrating and undercuts the value offered by the Kishi.

Here's another example. Call of Duty: Mobile supports controllers on both iOS and Android. However, it only supports wireless controllers. The only way I was able to get either the Kishi or the Kishi V2 working with this game was to pair an Xbox controller to my phone via Bluetooth and then throw Razer's gaming gear into the mix.

Razer does offer a Nexus App that compiles and highlights compatible games, but this approach feels at odds with how people actually play mobile games. Unless you're the kind of person who enjoys the routine of extensive research prior to purchasing an accessory like this, you're probably not going to go down the rabbit of Google whether each and every mobile game play has controller support.

Most people, I suspect, will do exactly what I did. Roll the dice, connect the Kishi and hope for the best. I was just as frustrated by this dynamic with the Kishi V2 as I was with the original.

The situation is slightly better for cloud gaming via Xbox Games Pass and the like. In that context, the argument for the Kishi V2 becomes a lot stronger. As much of an improvement as Razer's second stab at the Kishi is, your mileage is going to end up utterly tied to the games you throw at it.

Is the Razer Kishi V2 worth buying?

An imperfect solution to an intractable problem 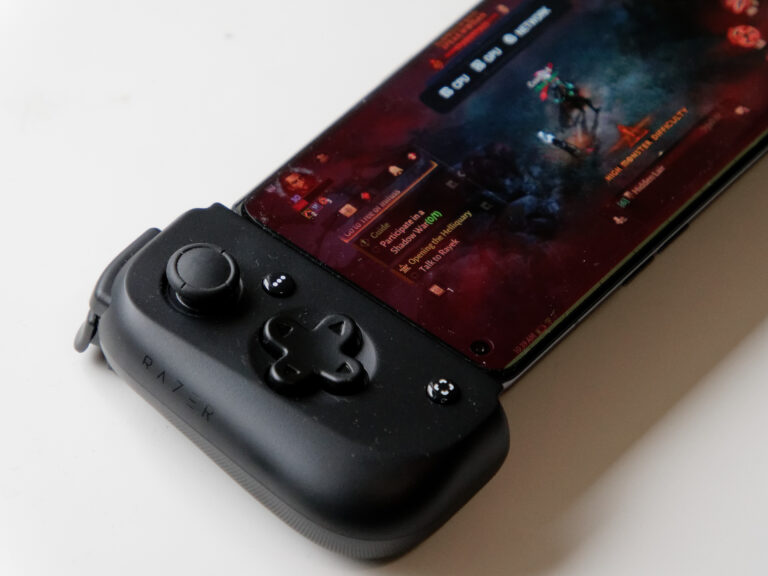 Razer's Kishi V2 learns valuable lessons from both the competition and the mistakes that the brand's first stab at making mobile gaming better. The result of that reflection is a standout accessory that, despite a few quirks and shortcomings, remains the best option for those who want to take their Android, iOS or cloud gaming experience to the next level.

Unfortunately, there's only so much that the Kishi V2 can really do to offset the bigger problems with the mobile gaming landscape. Your mileage with this accessory is going to depend entirely on the specifics of what you want to play with it. It might be unfair to expect the Kishi V2 to fix the bigger problems with the mobile gaming ecosystem, but when the fundamentals here are so strong, it's a shame that they can't be fully realised.

The Razer Kishi V2 refines the formula to great effect, but a lot of the impact offered by its improvement ends up diluted.

How does the Razer Kishi V2 compare?

4
From
$179
Micro switches & membrane switchesTwitchSee it on Amazon

3
From
$163
Micro switchesN/ASee it on Amazon

While the Razer Nexus app does a decent job of highlighting mobile games that will work with the Kishi and Kishi V2, the volume and diversity of the mobile gaming landscape means that there's no simple list you can check a given game against to determine whether it'll work with Razer's mobile gaming accessory.

Some of the games that the Kishi will work with include Diablo Immortal, Stardew Valley, Star Wars: Knights of the Old Republic, Goat Simulator, Minecraft, Dead Cells and Fortnite.

Razer's official line is that the Kishi V2 has been designed to be compatible with "HID-controller-compatible Android apps. While this is an improvement on a world where a given developer has to add support for Razer's hardware in isolation, support for this standard remains inconsistent among Android and iOS games developers. Unless you're lucky enough to stumble on a Reddit thread where someone has already tried, you're left to fumble in the dark and find out for yourself whether a given game will work the Kishi.

The Razer Kishi V2 does not have a built-in battery, but it does support pass-through charging. The accessory draws power from your connected smartphone, and must be connected to that device to work.