If you love gaming and hate touchscreens, then the Razer Kishi is definitely worth a look. 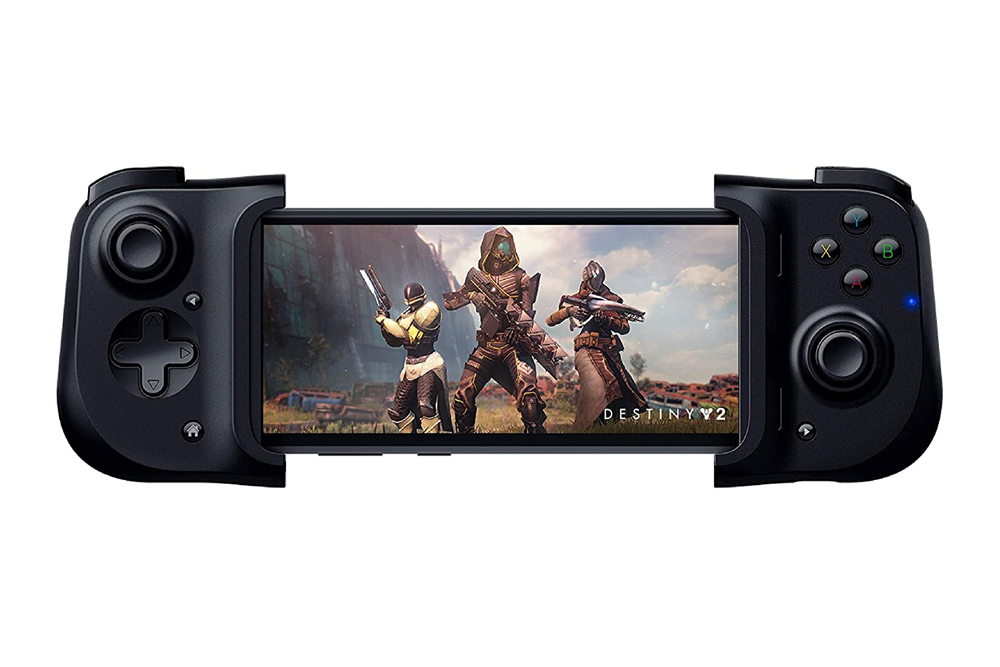 Despite the price, the Razer Kishi is one of our favourite controller options for smartphones. Connecting directly to your phone's charging point ensures the best performance and removes the need to worry about charging yet another battery.

No battery to charge

Finding games can be tricky

More expensive than the alternatives

In just over a decade our smartphones have turned from bricks with buttons into fully fledged computers. For some this means that their phone is better for work productivity, for others, it’s all about the games.

But if you’ve ever played console-like games on a phone, especially games with virtual joysticks, you’ll know how imperfect a touchscreen is for gaming. This has created a whole class of phone accessories designed around bringing better controls to smartphones. From simple solutions like phone-holding clips for normal console controllers, to dedicated bluetooth controllers for phones, the Razer Kishi stands out as one of the best options around.

The beauty of the Kishi is in its design. It folds up into a portable bundle with ease, and then unpacks to fit most smartphone designs. Inside the right side controller is a USB-C connector (or a Lightning connector on the iPhone version) and so the Kishi should work with any Android phone with a USB-C port centred on the bottom of the phone.

Once your phone is slotted in the Kishi-phone combo looks a lot like a Nintendo Switch -- especially when you use a phone with a 6 to 7-inch screen.

The controller is laid out more like an Xbox controller though, with the thumbstick higher on the left side than on the right. In fact, Razer has made a special Xbox version of the controller with an Xbox home button and a trial subscription to Xbox Game Pass Ultimate.

Using a USB-C connector on the Kishi has two advantages over most other Android-friendly controllers. Firstly, the direct connection means lower input lag than you find with Bluetooth which in turns adds up to a more responsive gaming experience. The other upside is that the direct connection means the Kishi doesn’t need a separate power supply, so there is no battery to monitor and charge. The Kishi is always ready to go.

You may find that, with all the gaming you’ll be doing, you need more battery for your phone though. The Kishi cleverly comes with a USB-C pass-through charging port too, so you can be charging your phone while you continuing playing. 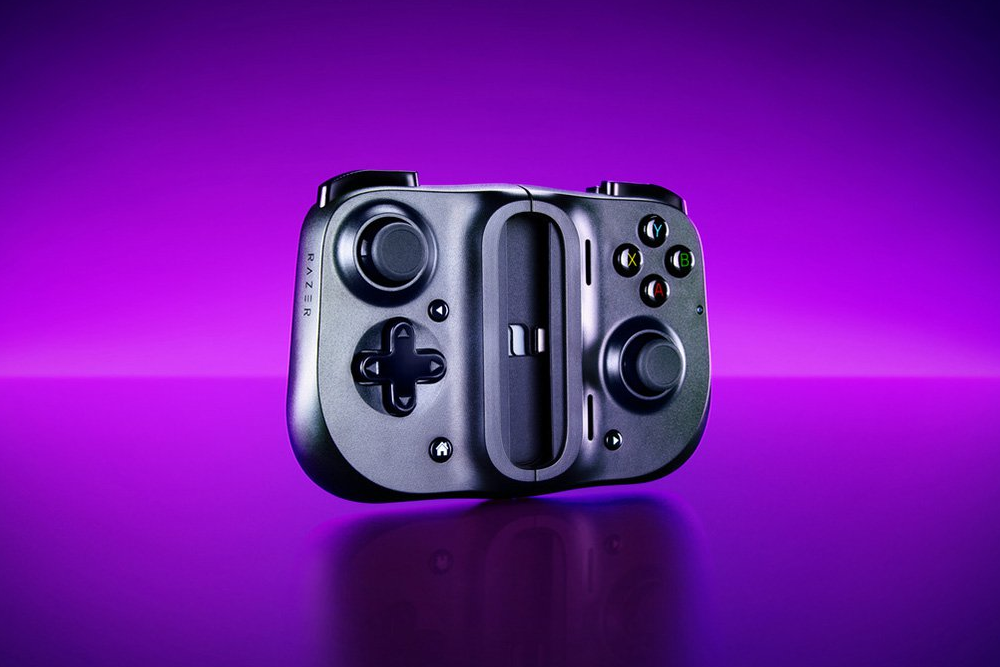 What we think could be improved about the Razer Kishi

It’s hard to fault too much in the design and functionality of the Kishi. It has a simple, familiar design and single purpose that it easily accomplishes. Play games is just much better with a Kishi than without one.

My main beef with the Kishi is how long it took me to figure out what to do with it. Not all games on the Play Store are compatible with gaming controllers, in fact most games aren’t compatible, so it took me a while to find a few games that I really enjoyed.

Razer has a Kishi app which is a good place to start. It has a ‘Discovery’ tab in the app which lists a bunch of games to try. But it’s not an exhaustive list, and most of the games I ended up playing aren’t listed in the app. You could make the case that it’s not Razer’s job to keep a longer list of compatible games, but it would be handy.

What games can I play with the Razer Kishi?

The short answer is: any game with HID (human interface device) controller support. Most games don’t distinguish between the different types or brands of controllers, and most of these games don’t need any additional setup. You just download them and start playing.

There are a few annoying exceptions, like Call of Duty Mobile and PUBG, where the former only supports a few specific controllers, and the later has no controller support at all. But only top games like Fortnite are fully supported, so it comes down to a bit of trial and error.

Here is a list of compatible games that I recommend: 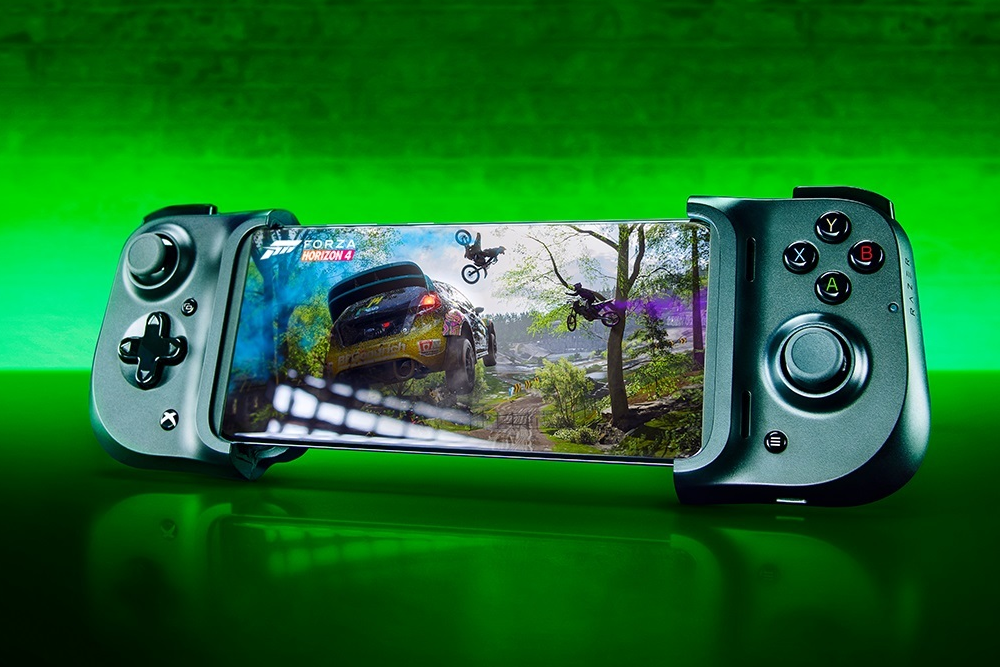 Can I play Xbox and PS4 games with the Kishi?

This is the secret sauce in the Kishi story. Though Razer can take zero credit for how awesome this is, you can play Xbox and PlayStation games on an Android phone, and it is an experience made ten-times better by a Kishi controller.

To do this you’re going to need either an Xbox One or a PlayStation 4, a decent WiFi network at home, and the Android app associated with each platform. Once connected, you can play any game you have installed on your console directly from your Android phone.

This has a number of limitations, chief among them is that you need a solid network connection to make this happen. Where the Kishi shines is in the low-lag direct connection to your phone that we discussed earlier. Game streaming has enough problems with lag without adding in even more from your controller.

Despite the numerous barriers, we found the experience of play Xbox games was really impressive. Playing fast paced shooters stretches the streaming to its limits, but slower paced games work almost flawlessly.

To get started, download the official Xbox App for Xbox streaming, or a third-party PS4 streamer called PSPlay.

Is it worth buying the Kishi?

If you love gaming and hate touchscreens, then yes, the Razer Kishi is easy to recommend. If you know someone who loves gaming and you're struggling to think of a Christmas present: also yes. It has a simple but thoughtful design, it’s comfortable to use, and does exactly what it says it will.

The $149.95 RRP might be a sticking point for some, even though you’ll likely find it for cheaper if you shop around. The Kishi have several advantages over the competition, which we think justify the bump in price. Some of these features are nice-to-haves, others are essential for a smooth gaming experience.