While it may prove to be a pocket rocket, the release of the Nvidia GeForce RTX 3060 Ti feels like bad timing in line of stock shortages for popular 30-series GPUs. 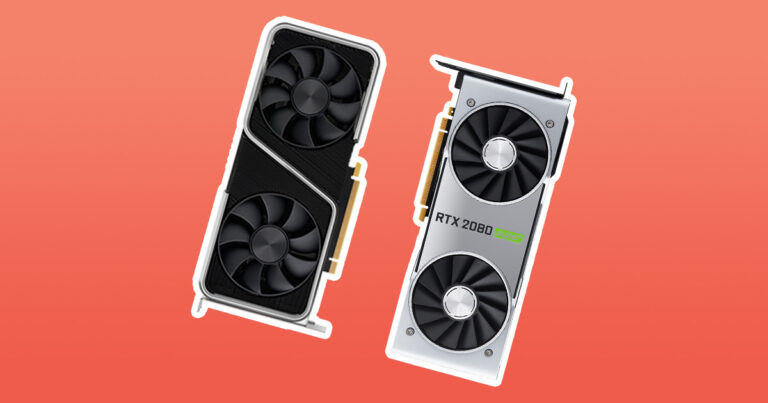 Nvidia is at it again. First, it blew the PC gaming world away with seemingly unprecedented demand for Nvidia GeForce RTX 30-series GPUs. Now the popular manufacturer of graphics processing units (GPUs) is at it again with another entry to the Nvidia 30-series line-up that feels poorly timed given the still-heightened demand for its speedier 3070 and 3080 GPUs.

Despite the 3060 Ti being one of the worst-kept secrets of recent tech history, here’s everything you need to know about the next Nvidia graphics card you’ll likely struggle to find stock for.

The Nvidia GeForce RTX 3060 Ti is the fourth GPU and latest addition to the Nvidia 30-series of graphics card, joining the 3070, 3080, and 3090. As you might expect from those naming conventions, the 3060 Ti isn’t as powerful as the starting trio, but it’s still packing some decent specs. Here it is next to its older, faster siblings.

At first glance, you might think that the Nvidia GeForce RTX 3060 Ti has been sent out to undermine the 3070 given the identical standard memory configuration (8GB GDDR6) and 256-bit memory interface width. Both Nvidia GPUs are intended as 1440p graphics cards, but both can still offer admirable results for their price point in 4K scenarios, except where real-time ray tracing is turned on.

According to Nvidia, though, while the 3070 offers comparable performance to Nvidia’s last-gen 2080 Ti juggernaut, the real competition is between the 3060 Ti and the 2080 Super.

This competition is set to be won by the new GPU. Here’s a look at the older and younger Nvidia RTX GPUs side-by-side.

The Nvidia GeForce RTX 3060 Ti beats the 2080 Super on basically every metric above, except for maximum GPU temperature (four degrees cooler), boost clock speed, and the ability to go SLI. In fairness, the cost-to-gains of SLI is moot for the average gamer these days, and that boost-clock win for the 2080 Super is overshadowed by the 1,792 more Nvidia CUDA cores insider the 3060 Ti.

OpenCL Benchmarks give the 3060 Ti close to an eight percent lead over the still-powerful 2080 Super. That’s not to be snuffed at, and while it likely won’t make 2080 Super owners rush to upgrade, it may entice those with slower 20-series GPUs or older-still Nvidia graphics cards to make the leap.

What really sweetens the deal, though, is the cost difference. There are 2080 Super models that are retailing for more than $1,000 in Australia still, which makes the $688 base price for the 3060 Ti all the more appealing. It also helps that it’s a more compact GPU, which draws less power and has a 50W lower requirement for system power (600W vs 650W).

This is an interesting match-up because the AMD Radeon 6800 is built to compete with the Nvidia GeForce RTX 3070 and not the 3060 Ti. In that specific OpenCL Benchmarks match-up, the RTX 3070 has a five percent lead over the RX 6800, but the 3060 Ti is nipping at the heels of the of the RX 6800, with a smidge over a two percent difference between the two scores.

Let’s take a look at the two GPUs side-by-side:

On paper, the RX 6800 should have a clear lead over the 3060 Ti, most notably with the higher boost clock and double the GDDR6 memory configuration (16GB vs 8GB). But at around $250 cheaper and with DLSS upscaling that allows the 3060 Ti achieve higher frame rates, the Nvidia card is priced appropriately to offer a second competitor for the RX 6800.

Like too many bits of tech this year – 30-series GPUs, 6000 series graphics cards, as well as the PlayStation 5 and the Xbox Series X – stock shortages make this question feel moot. Assuming that Nvidia provides enough stock to keep up with demand, the Nvidia GeForce RTX 3060 Ti should be a tempting purchase for anyone with a GPU that has specs below a 2080 Super, particularly those who haven’t been able to nab a 3070 or 3080.