Aussies can find Black Panther: Wakanda Forever on Disney+ from the 1st of February, 2023.

Black Panther brought in a box office haul so big that a sequel was always a matter of when than if.

But rather than a victory lap, Ryan Coogler's follow-up is more of a tribute to the late Chadwick Boseman and his performance in that first film. Now, five years after the African superhero made his big-screen debut, Black Panther: Wakanda Forever is set to become a streaming sensation.

Here's the rundown on where Aussies will be able to watch the Afrofuturist adventure online once it arrives.

Where to stream Black Panther: Wakanda Forever online in Australia

Exclusive to Disney+ in Australia

Classics that were built for bingeing

In Australia, the latest Marvel movie, Black Panther: Wakanda Forever will be available to stream exclusively on Disney+ via the section of the platform dedicated to all things Marvel.

This corner of the Disney+ catalogue is also where you'll find the first Black Panther film and the rest of the Marvel Cinematic Universe, should you need to refresh or familiarise yourself with the character's prior team-ups and solo outings.

Unlike most streaming services, Disney+ doesn't offer a free trial. Still, there is an opportunity to save if you sign up for an entire year in advance rather than pay month-t0-month.

When does Black Panther: Wakanda Forever release in Australia?

While you might be able to find it screening in a few cinemas, Black Panther: Wakanda Forever will be making the jump to streaming via Disney+ on February 1st, 2023.

Like other recent Marvel releases, Black Panther: Wakanda Forever, will be available to stream in up to 4K quality and will arrive alongside a new episode of Disney's behind-the-scenes series Marvel Studios' Assembled focusing on the making of the film. IMAX Enhanced will also be supported on compatible TVs.

What is Black Panther: Wakanda Forever about?

Picking up after the events of the first Black Panther film and Avengers: Endgame, Black Panther: Wakanda Forever deals with the personal and geopolitical consequences that come following the tragic passing of King T'Challa.

The ensemble cast of the first Black Panther return for the sequel, with Shuri (Letitia Wright), Queen Ramona (Angela Bassett), M'Baku (Winston Duke) and Okoye (Danai Gurira) facing off against both the aquatic antihero Namor (Tenoch Huerta) and the hegemonic ambitions of the United States government. 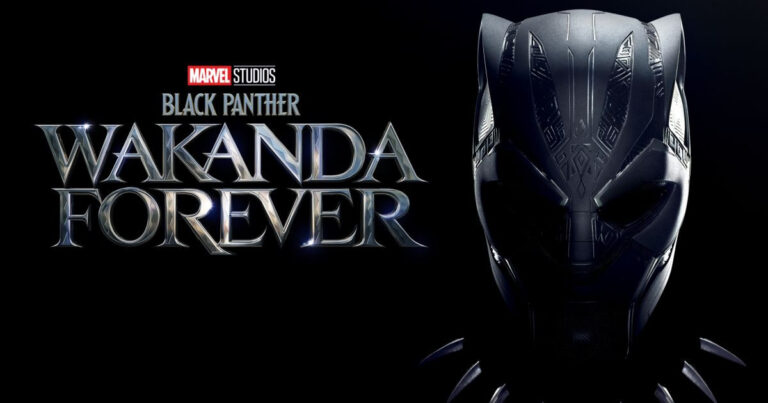 If you somehow haven't heard of it before, Disney+ is the company's attempt to topple Netflix as the king of streaming. Thanks to standout series like The Mandalorian, Only Murder in the Building and Chip 'n Dale: Rescue Rangers, the service has rapidly picked up steam since launching in late 2019. As of August 2022, Disney+ is said to boast over 150 million subscribers.

For Australians, the depth of the catalogue and hype attached to prestigious franchises like Star Wars and Marvel make it one of the more compelling streaming services available. However, even if it's destined to be a must-have for some audiences, it's far from the only flavour in the mix.

How does Disney+ compare?