Where to watch The Last Airbender in Australia (2023)

If you wanna hang with the Gaang, you've got a few options. 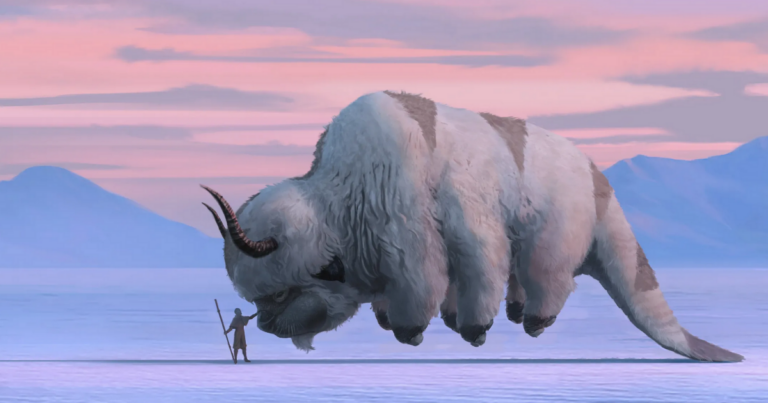 Fans of Avatar: The Last Airbender have more than a few things to look forward to.

Paramount is gearing up to produce a fresh trilogy of animated films under the guidance of the franchise's original creators, and there's another big-budget live-action take on the franchise due to arrive in a matter of months rather than years.

If you're keen to re-jigger your streaming service setup so that you can jump right into these new additions to the Avatar franchise the moment they arrive or catch up on earlier entries, we've got you covered.

Here's the quick rundown on where Aussies can find and stream Avatar: The Last Airbender online in 2023.

Where to stream the new Avatar: The Last Airbender TV show online in Australia

Exclusive to Netflix in Australia

The next live-action take on Avatar: The Last Airbender is a Netflix Original.

Naturally, that means that the only place you should expect to find and stream it is alongside other Netflix-produced series like Cowboy Bebop and Death Note. Fingers crossed that the streaming titan's latest swing at adapting a beloved animated series comes out the other end a little bit better.

When does the new Avatar: The Last Airbender TV show release in Australia?

Netflix's take on Avatar: The Last Airbender isn't due to arrive until later in 2023.

The series finished filming in June 2022. However, the volume of post-production that's expected to be involved makes a 2023 debut for the series seem a lot more likely.

When it does arrive, the first season of Netflix's Avatar: The Last Airbender is expected to consist of eight 1-hour episodes.

Netflix's take on Avatar: The Last Airbender is expected to re-tell the plot of the original animated series. Like that series, the story takes place in a fantasy world split into four major nations, each of which is themed and flavoured around a different form of elemental magic called bending.

The new live-action series will follow Aang (Gordon Cormier), Kitara (Kiawentiio) and Sokka (Ian Ousley) as they flee from the disgraced Prince Zuko (Dallas Liu) and attempt to restore order to the world and heal the wounds left by years of war and oppression.

Where to stream Avatar: The Last Airbender (2005) animated series online in Australia

Steam it on Paramount+ and Binge in Australia

If you're keen on a rewatch of the original animated Avatar: The Last Airbender, you've got a few options. Both Binge and Paramount+ currently carry the series.

Given the difference in price between Paramount+ and Binge, we'd recommend the former as the best option for those looking to watch or revisit The Last Airbender ahead of its upcoming sequels and remakes.

Where to stream Avatar: The Last Airbender (2010) online in Australia

Available on Stan in 4K in Australia,

If you're looking for M. Night Shyamalan's blockbuster take on the Avatar franchise, we're not here to judge. You can find the film in up to 4K quality on Stan. However, if you're willing to settle for HD, you can also find it on both Amazon Prime and Netflix.

Where to stream The Legend of Korra (2012) online in Australia

Available on both Paramount+ and Amazon Prime Video

As with the original animated version of Avatar: The Last Airbender, Paramount+ is a safe bet when it comes to watching The Legend of Korra.

Paramount owns Nikelodean, who produced and distributed the sequel series' originally, so it's not a huge shock that they have the entire run of Korra available on tap.

How does Paramount+ compare to other streaming services