The top 10 most popular TV shows and movies streaming in Australia according to JustWatch.

Our top TV pick: Line of Duty on BritBox

As we all shiver through chilly winter nights and lockdowns aplenty, it's hard to resist the call of a comfy couch and television's warm glowing warming glow. And, if you're anything like me, you won't even try to resist it. After all, why deal with the real world when you can bask in the wholesomeness of Ted Lasso or the nostalgic joy of Space Jam?

Well, it seems like I'm not alone, with millions of Aussies joining me in what I like to call the binge-watching Olympics (we're all winners, guys) and making Ted Lasso and Space Jam two of the most-watched titles on Australian streaming services according to JustWatch.

So, if you're stuck on what to watch next, hopefully, your search ends here and you can take some inspo from what everyone was bingeing in the last week.

Note: Top 10s are based on the JustWatch popularity score for TV series and movies in Australia between the 19th of July and the 25th of July.

Most popular movies in Australia this week

For the second week in a row, the top spot in moves goes to horror flick A Quiet Place II, which got an early rental release on all the usual digital stores (Apple TV, Google Play etc.). Unsurprisingly, the first A Quiet Place movie came in spot number two, with many of us looking to rewatch the original before its sequel. The original is also exclusive to digital stores (no streaming services offer it at the moment) but is available to rent or buy at the more palatable price of $2.99 to rent or $4.99 to buy.

The third and fourth places were taken out by The Hitman's Bodyguard and its newly-released sequel, The Hitman's Wife's Bodyguard, starring Ryan Reynolds and Samuel L. Jackson. Since the latter is still very new, you'll only find it available for rent via the usual channels. If you're keen to catch the original, however, you can catch it on Stan.

Here’s the full list of the 10 most popular movies streaming in Australia this week and where you can stream them: 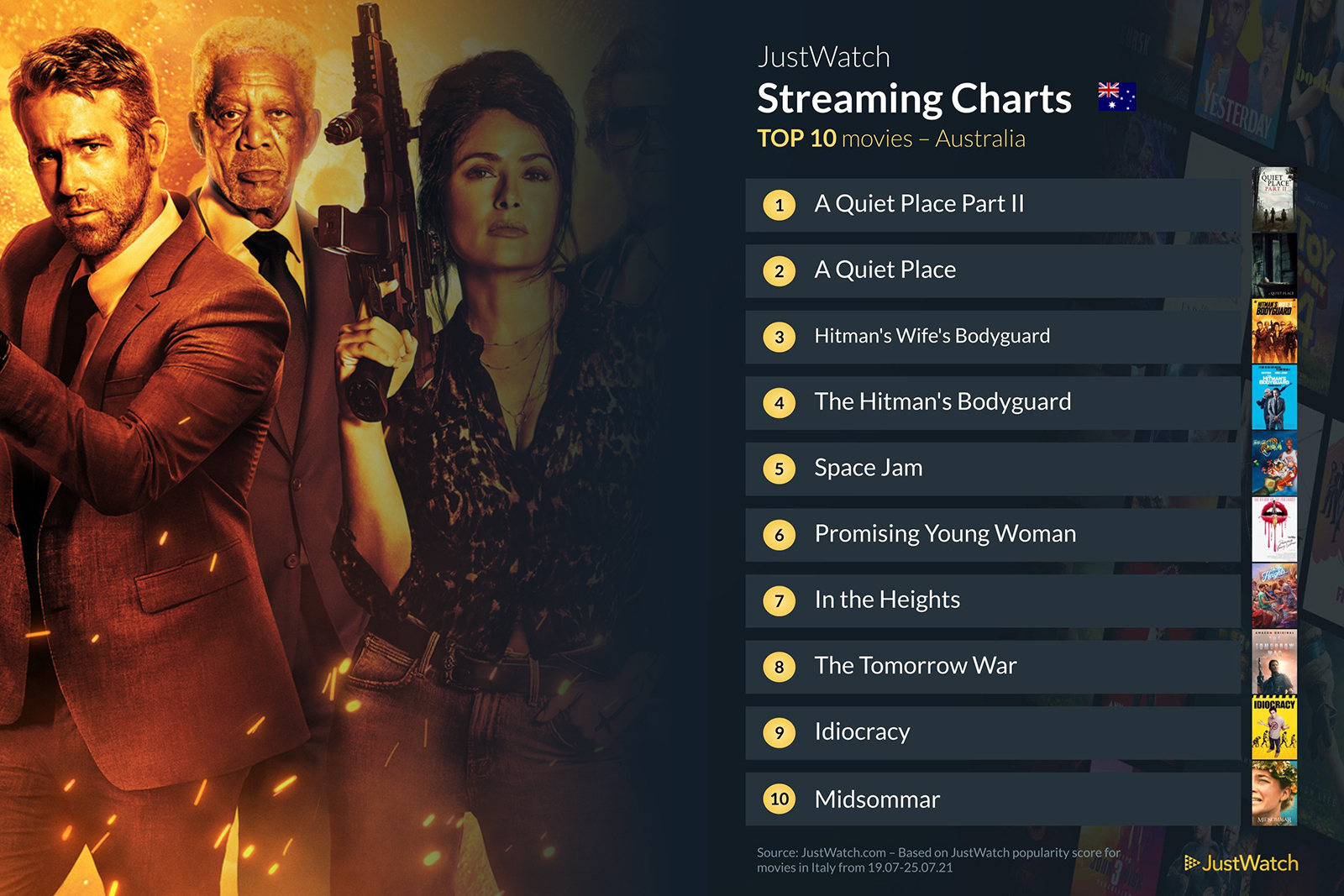 Most popular TV shows in Australia this week

While the list of movies is littered with sequels, prequels and blockbusters, the list of trending TV shows is a little more interesting. In first place, you’ve got Apple TV+ exclusive Ted Lasso, which just dropped its long-awaited second season. Stan's true crime series Dr. Death is close behind, followed by Innocent and the BBC’s hit cop drama Line of Duty. The latest season of Line of Duty wrapped up a few months ago but it has been a mainstay in JustWatch’s popularity charts ever since. That probably has something to do with the fact that the first 5 seasons are available on both Netflix and Stan while the latest season is exclusive to the relatively new streaming service, Britbox. Further down the list, you’ll find Mr Inbetween and Baptiste in fifth and sixth place, respectively, and in fourth place, The White Lotus - a brand-new HBO mystery on Binge that was recommended to me as a good holdover between Succession seasons and we can confirm it scratches the same itch (dumb rich people suffering, basically).

Here’s the rest of the most popular TV shows streaming this week in Australia and where you can stream them: 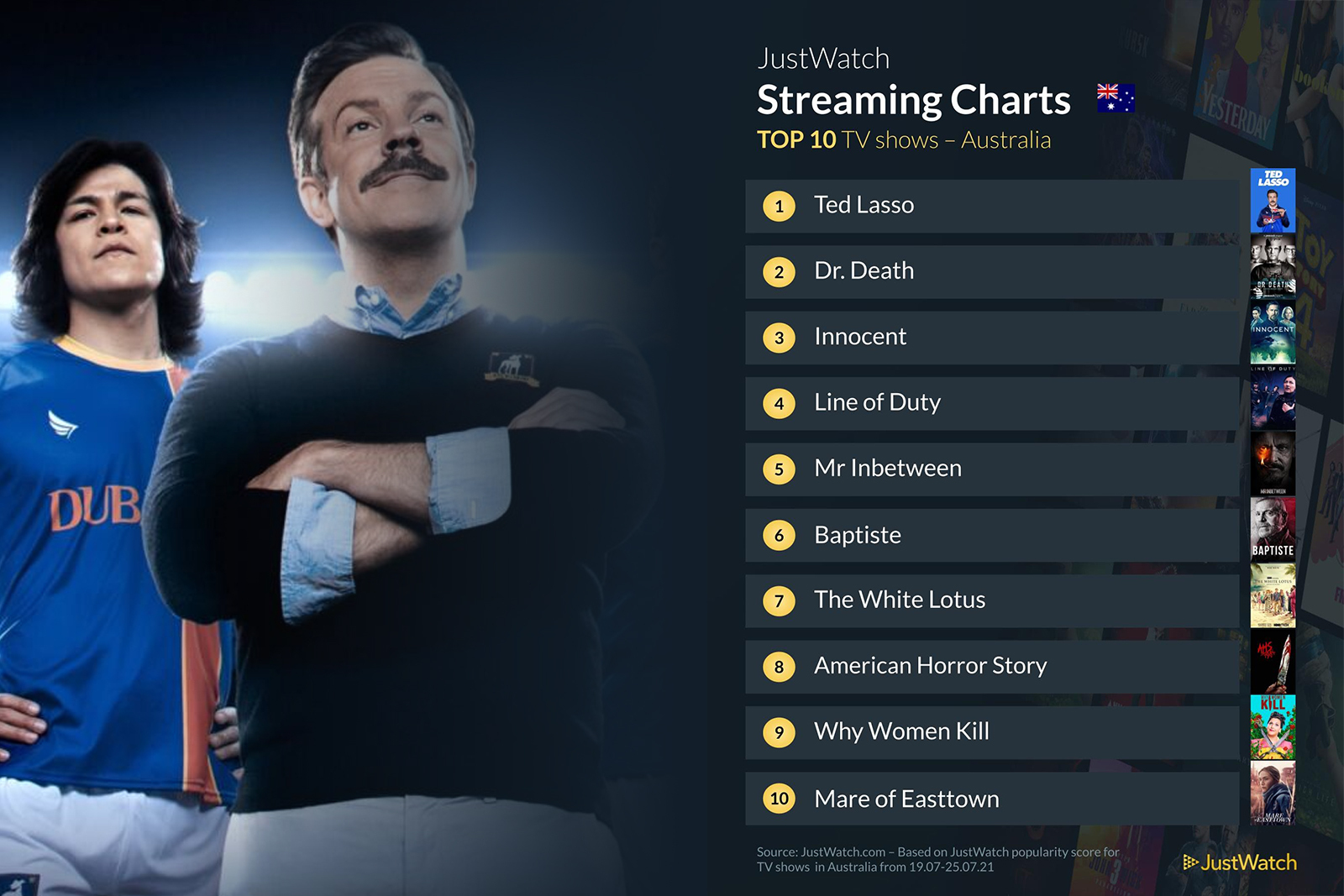 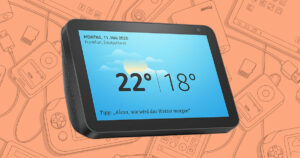