How to watch Disney Plus in 4K (and what to watch)

All your Disney favourites in 4K. 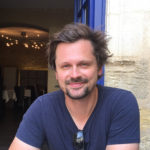 By David Milner
Researcher & Writer
Read More
4 min read
Share Article
Disney Plus includes 4K/UHD streaming out of the box but it only works with certain devices and content.

Most streaming services have extremely limited 4K libraries. On Netflix, for example, 4K content is limited to Originals programming alongside a small splattering of random (usually bad) movies and strange-but-hypnotic footage of a roaring fireplace.

Disney Plus is a little different. There's a wealth of 4K HDR content available at launch, including 91 movies you'll actually want to watch from Marvel, Pixar, Disney, and Lucasfilm, and a small-but-growing cache of Original series like The Mandalorian and High School Musical: The Musical – The Series.

So, how do you get started on your Disney Plus 4K journey?

Stream Disney Plus from $11.99 per month

Everything you need to stream Disney Plus 4K

After you've signed up for the Disney Plus, you'll need three simple things: a 4K display (preferably a 4K smart TV), a 4K-capable streaming device, and a good Internet connection. We'll go through all of these in more detail below.

What can you use as a 4K display?

First and foremost, you'll need a screen – either a TV or monitor – capable of outputting at 4K resolution (that's 3840 pixels on the horizontal axis and 2160 pixels on the vertical). Manufacturers and retailers sometimes call this "Ultra High Definition" or "UHD". At this point, nearly every new TV is 4K capable, with the old 1080p "Full HD" standard disappearing from all but the lowest-end product lines.

There's no ceiling on how much you can spend here, but you should be able to pick up something good for less than a thousand dollars. Samsung, Sony and LG all come recommended for both picture quality and convenience. Unlike other brands, all three have the added bonus of being able to play Disney Plus in 4K directly from their native Smart TV apps (this applies to all Sony 4K Android TVs, and Samsung and LG models from 2016 onwards).

If you have one of these TVs, you can skip the next step.

What if you don't have a Smart TV?

If you don't have a 4K smart TV, you need to hook up your TV or monitor to a device capable of streaming Disney Plus in 4K. The good news is you might already have one. If you're a gamer, your PlayStation 4/5 or Xbox One or Series S/X will do the trick.

If you don't have a console, a bunch of media streaming devices have you covered: Apple TV 4K, Chromecast Ultra, Amazon Fire TV Stick 4K, Amazon Fire TV Cube, NVIDIA Shield TV, Telstra TV and most of Roku's range except the Roku Express.

We also recommend connecting these devices to your display using a high-quality HDMI cable. Believe it or not, HDMI cords are not all created equal, and cheaper ones (and indeed longer ones) suffer from picture degradation problems.

How fast does your internet have to be for 4K streaming?

From there, the next crucial ingredient is a decent Internet connection. In order to hit a stable 4K stream Disney recommends a connection speed of 25mbps down at a minimum (check your internet speed here.) This means your ADSL2+ connection simply won't cut it; cable and NBN are your friends here. Alternatively, a solid 4G home wireless solution could also do the trick if you're not eligible for fixed-line cable or NBN.

You also need to be wary about the data cap of your plan. Streaming 4K video on Disney Plus chews through a hefty chunk of data, roughly 5.1GB per hour by our measurements. That's less than Netflix's 7GB per hour, but it still adds up; if you watch 10 two-hour movies in 4K during the month you've already hit 100GB of downloads. If a reasonable uncapped plan is available to you, it might be worth the extra cost for the peace of mind.

If you've gone through all the steps above and are still having trouble streaming in 4K, we'd recommend double-checking your Internet speed, and ensuring you're not using a pre-2016 older Samsung or LG Smart TV app. If something else is causing the issue, try checking out our Disney Plus troubleshooting guide here.

If it's your Internet speed that's causing a mischief, it might be time to upgrade your broadband plan. Here are the most popular NBN plans in Australia this week.

Now, the fun part! First, go to the movies tab and select the "Ultra HD and HDR" category, which will filter out anything in less worthy resolutions.

The surprise headline event here is being able to watch every single Star Wars movie in eye-watering 4K HDR for the first time ever (until Disney Plus, The Last Jedi and Solo: A Star Wars Story have been the only films available in 4K). Yep, that includes the original trilogy, which was remastered by George Lucas some years ago for a planned 3D Blu-ray release that never saw the light of day before the 3D market collapsed.

Speaking of Star Wars, we've only watched three episodes of The Mandalorian, but it's extremely strong with the Force thus far and looks great (and expensive) in UHD.

To a galaxy a little less far, far away... 20 of the 23 movies from the Marvel Cinematic Universe are available in 4K on Disney Plus (The Incredible Hulk and the two recent Spider-Man films being the missing movies). Whether it's the pastel hues of Asgard in Thor: Ragnarok or the gritty streets of Washington DC in The Winter Soldier, all these films are visually spectacular.

Elsewhere, all the classic Disney Animation films from The Little Mermaid onwards are available in 4K, as are Pixar's excellent motion pictures and animated shorts, the Pirates of the Caribbean films, the National Treasures, and a slightly strange selection of live-action films like Remember the Titans, Free Solo, Maleficent, Who Framed Roger Rabbit?, and The Muppet's Christmas Carol, among others.

It's not a huge selection, but it is quality and will continue to grow.