Our international team put this popular VPN through extensive testing and their findings have helped update our ExpressVPN review.

Variety may be the spice of life, but when it comes to picking the best virtual private network (VPN) software, being faced with more than a dozen viable options can be incredibly intimidating. That’s where we come in. At the top of the VPN ladder is a showdown between NordVPN, Hotspot Shield, and, the focus of this particular review, ExpressVPN.

While not perfect, ExpressVPN is a great place to start or continue your VPN journey.

NordVPN has an edge in our top three VPNs because it offers the cheapest pricing of the three, which is a great place to start when comparing overall value. That said, ExpressVPN is only $1 more for the monthly plan and $10 more per year for the annual option.

While certain VPN providers offer a two-year or even three-year pricing bundle, which means cheaper monthly pricing overall (albeit charged in one hit), ExpressVPN splits the difference between monthly and annual payments with a six-month option. The value isn’t flash for the six-month option, though – particularly given it’s five dollars more expensive than a NordVPN annual subscription – so, as is the VPN pricing trend, there’s more money to be saved by buying for the longest purchasable period of time. As you’ll see in the table below, sticking with the annual option offers the best overall value.

Below is an indication of how ExpressVPN stacks up next to the other top four VPNs.

At the time of revisiting ExpressVPN after a year of use in 2020, the core Windows software had been updated for 2021 and it was incredibly speed to connect. While not as fast as NordVPN’s magical near-instantaneous connection, ExpressVPN only takes about three seconds to say it’s connected. Just add a few seconds more breathing space to ensure you’re properly connected for online business as usual.

There are odd times when connecting to a VPN server gets stuck but, generally, ExpressVPN connects fast enough to not interfere with uptime-dependent online activities like music streaming, which isn’t always the case with Hotspot Shield. Old rival NordVPN comes out second best when it comes to disconnecting, too, with ExpressVPN offering a one-tap connect/disconnect button that’s impossible to miss. Meanwhile, NordVPN has you reaching for a smaller connection button and dealing with a drop-down menu when you just want to disconnect.

At the time of writing, ExpressVPN offered a healthy number of servers (3,000+) in a wide range of countries (94, second only to PureVPN), which offers great versatility. The only disclaimer there is, of our top five VPNs, ExpressVPN has the second-lowest server count, so while the country count is second, more servers in popular countries tend to mean faster overall speeds and reliable uptime.

Prior to the recent update, ExpressVPN was a little less straightforward on the app/software side of things compared to NordVPN. Nowadays, ExpressVPN has embraced the ease-of-use lessons of NordVPN and simplified things with a smart server recommendation based on your location, alongside a simplified short list of recommended server options. You can search for countries or cities that aren’t listed or scroll through alphabetized server locations by country. Once you’re connected, there’s a handy ‘Check my IP’ button to confirm your internet is being properly routed. 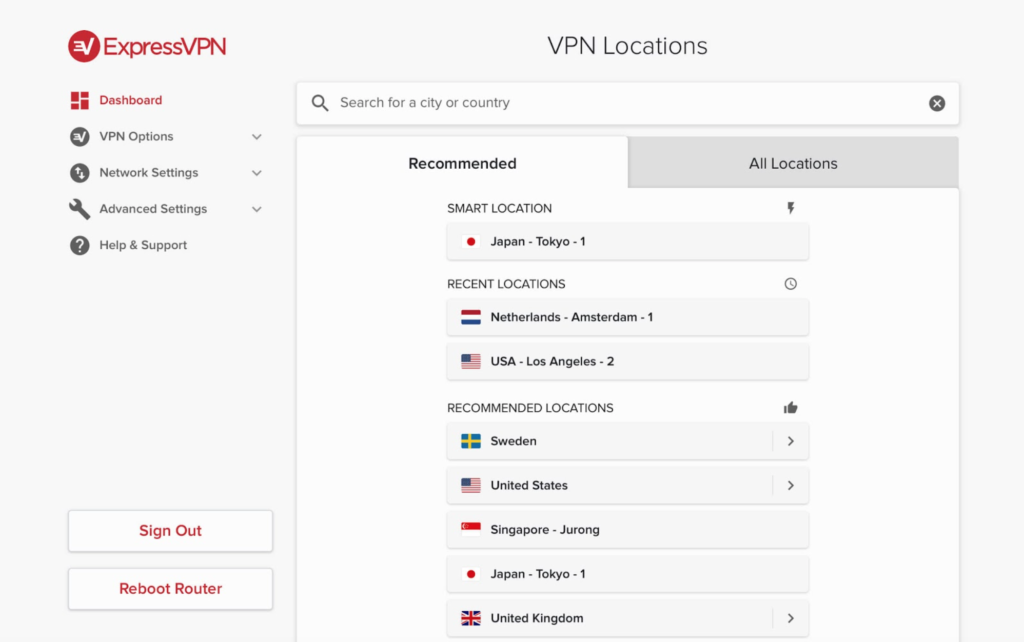 The good news is that a single ExpressVPN subscription covers five devices, which seems to be the entry-level expectation for VPN services. The not-so-flash news is that number isn’t as great as the six devices from NordVPN nor the seven from CyberGhost, while Surfshark does things differently and lets you use unlimited devices simultaneously.

As for which devices are officially supported by ExpressVPN, check out the full list below:

That’s very much a short list of compatible items as ExpressVPN also lets you manually configure certain devices that don’t directly support the ExpressVPN app. You can see this mix of routers, game consoles, and other officially supported devices below:

One of the main things to know about VPNs is when you connect to a server, your overall internet speed will be slowed. Your distance from the server and how much a VPN provider invests in speedy server infrastructure (and back-end programming) will determine whether the speed change is major or minor. Below is a table of speeds I achieved with a Superloop NBN 100/40Mbps Fibre-to-the-Curb (FTTC) connection while testing ExpressVPN during the middle of the day (using Speed Test).

The Australian VPN (a Sydney server) didn’t have a huge impact on download and upload speeds, and the impact on latency was minimal. With ExpressVPN automatically selecting what it considered to be the fastest US server, there was understandably a noticeable hit across the board. The results weren’t too different when I manually connected to the nearest US server (Los Angeles). Tests across the five available LA servers reaped a range of variances, but the best results are reflected in the table above.

One of the possible uses for a VPN service is sidestepping region-locked content, which may be as simple as watching a geoblocked YouTube trailer, streaming an international Netflix library, or accessing premium services not available in Australia. This is a grey area as far as VPNs are concerned (read those Ts and Cs!), but it is a potential way to access content that may not be readily available in Australia. Alternatively, a VPN can be used while you’re overseas to access Australian streaming services by connecting to an Australian server.

Check out the table below to see which popular US and Australian streaming services work with ExpressVPN.

Below is a table that uses the 16% best-case difference in download percentage when connecting to a US server, then applies it to the average typical evening download speeds (TEDS) among NBN providers across all available speed tiers. The three columns on the right give an indication of how many simultaneous streams (if any) can be run for a single account on popular US 4K streaming services, including Netflix, Hulu, and HBO Max. Hulu has an unlimited screens option, so that’s reflected in the table below.

For those who really care about their privacy, ExpressVPN is one of the VPN providers that follows the trend of not tracking user activity or user logs, which means your online activities are properly anonymized while connected to a VPN server. ExpressVPN also has VPN split tunneling for more advanced users to separate specific internet traffic from everything else.

There’s also a Smart DNS service and, if you don’t know what that is, you can learn more about it by tapping into what’s by far the best not-so-hidden gem of ExpressVPN: guided support. There are tonnes of guides available on the official website to help with connecting devices or other troubleshooting issues. It helps that a lot of them have corresponding videos, too, to make life even easier.

NordVPN and ExpressVPN are two of the biggest names in the VPN space, so it’s no wonder people are regularly comparing them. And it’s a close battle, too. The extra cost for ExpressVPN gets you connections in more countries (94 vs 59), albeit with fewer servers (3,000+ vs 5,440). Both VPNs are incredibly easy to use, more so with ExpressVPN’s recent redesign, but the extremely helpful video guides on the ExpressVPN website reward curiosity with meaningful and easy-to-follow assistance.

ExpressVPN is slightly slower to connect and had slightly slower download speeds overall, but the latency is faster when connecting to the US and the upload speeds are measurably improved. NordVPN was also unable to access Kayo via an Australian VPN server, no matter which one we switched to, whereas ExpressVPN had no problems. ExpressVPN is also compatible with a wider range of devices even if NordVPN allows for one more concurrent connection (six vs five).

Should I buy ExpressVPN?

Just because we rank NordVPN above ExpressVPN, it doesn’t mean the latter VPN provider is a distant second place. While NordVPN edges out ExpressVPN in our comparisons, ExpressVPN is still a strong pick, particularly for new users and those looking to learn more at their own pace via ExpressVPN’s handy guides. 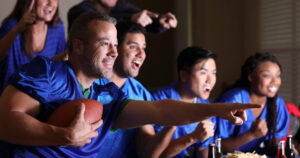 By
Chantel Buchi
Best Streaming Service for Sports 2023
Find the best sports streaming service for you, whether you’re a fan of professional football,... 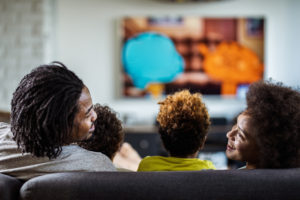 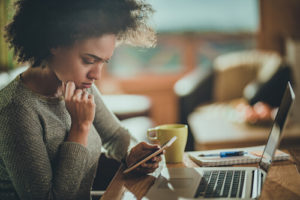 By
Catherine McNally
How to Stay Safe Online
Keep your kids and self safe online with these internet safety tips. Learn how to...