How Much Internet Speed Do I Need?

https://www.reviews.org/internet-service/how-many-mbps-do-i-need/
We’ll help you figure out how many Mbps you need to stream, game, or work from home. Check out our tips for figuring out your internet speed needs.
November 19, 2020

A good internet speed is anywhere between 50 and 100 Mbps. Speeds of 50 to 100 Mbps allow a few people to stream in HD or even 4K, stream music, game, browse social media, and work from home.

Here’s a quick look at what you can do with other speeds commonly offered by internet service providers (ISPs):

What can you do with different internet speeds?

But really, finding the right internet speed for you is more of a balancing act. If you don’t have enough Mbps, you’ll get a visit from the nasty buffering icon. If you have too many Mbps, you might be paying too much for your internet plan.

To find that sweet spot, you’ll want to follow these steps:

How to figure out how much internet speed you need 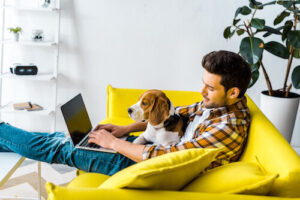 1. Count how many people use your internet

The more people using your internet, the more speed, or Mbps, you need.

Don’t forget to count yourself when you tally up everyone who connects to your internet. Other potential internet users can include your partner or spouse, children, housemates, and even frequent visitors, like grandkids or siblings.

Have a gamer in the family?
Whether it’s you or someone else who likes to hop online and game with friends, it’s important to know that internet speed isn’t the only thing affecting gameplay.

Gamers also need an internet connection with low latency—and maybe some upload speed to top it off. Find out which ISPs we recommend for gaming so you or your gamer housemate doesn’t get pwned.

2. Look at all the devices using your Wi-Fi

Like people, the more devices you have that use the internet, the more Mbps you need.

This one takes some thinking, because there are so many devices that use your internet in today’s world. It’s easy to forget how many you have at home, but this list of common connected devices might help jog your memory:

What devices use your internet?

3. Get an idea of what you and others do online

What do you do when you’re online? Do you game? Watch Hulu? Stream music on Spotify? Or maybe you’re a pretty casual internet user who just checks email and Facebook.

Each of these activities needs different speeds—otherwise you’ll run into laggy internet or that dreaded buffering icon. Here’s a quick look at the bare minimum internet speed you’ll need for a few common online activities.

Recommended minimum speed by online activity1,2,3
Notice how little speed you need for most of these activities?
Two things about that:

These recommended speeds only work if it’s just you doing one online activity at a time. Who does that?

It’s more likely you’re a multitasking machine when it comes to doing things online. You’re streaming Impact Theory on YouTube while you check email, download an HD video to watch later tonight, and hop into a Call of Duty match. And your roommate, kid, or partner is doing the same.

This is why most ISPs don’t offer internet plans with just 5 Mbps—they’re offering you 50, 100, even 1,000 Mbps plans, so you can keep doing what you do best online.

Love to binge-watch?
Make sure you get enough internet speed to fuel your Netflix addiction. We’ve got a full list of recommended internet speeds for each streaming app, plus a list of internet providers that’ll keep you connected for every scene and show.

4. Add up the Mbps you need per person and device

Okay, now that you’ve got a general idea of who and what uses your internet and how they use it, it’s time to do some math. (Don’t worry, it’s just some simple addition.)

We’ll start by going over our recommended baseline speed per person and device.

We recommend giving each person who uses the internet in your home 25 Mbps. And for every device, you can allot 10 Mbps. (But if it’s a 4K device, bump that up to 25 Mbps.)

Okay, now let’s see how those recommended speeds add up with an example.

The recommended internet speed for this family is 270 Mbps. That may seem like a lot of speed, and you’re probably right. This recommendation assumes that every person and every device is online at the same time.

That’s where online activities can factor in. If the family knows they usually stream 4K videos on one of their TVs about once a week and in the evening when no one’s on their computers, gaming on the Xbox, or using the printer, they can probably knock this speed down a bit to 200 Mbps.

If the family knows no one uses the computers and tablet for working or studying from home, they might even be able to get away with 100 or 150 Mbps.

Got a home security system?
We don’t recommend going below 100 Mbps download speeds if your home security system has cameras. This ensures that your cameras always have an online connection so they can capture, save, and store any critical footage you might need to view later.

5. Find an internet plan that works for you

Next stop? Finding an internet provider and plan that matches your speed needs. Sometimes this is easier said than done, but we can help.

Enter your zip code, and we’ll pull up a full list of internet providers available in your area. Then you can easily check what plans they have for you and how much each plan costs. Easy, peasy.

Now that you know how much internet speed you need, check this out next.

Look for internet providers with the speeds you need in your area.

Find out which ISPs are the best in the US.

Find internet with the speed you you need.

1. Count how many people
2. Count all the devices
3. List what you do online
4. Add up the Mbps
5. Find an internet plan
Next Steps