We’ve lived with the SimpliSafe system for over 120 days, and it’s a bargain home security option

Overall Rating 4.5 out of 5
Affordable
Easy to buy and install
Minimal home automation
View Plans
https://www.reviews.org/home-security/simplisafe-security-review/
SimpliSafe is one of the most affordable security systems around. While it is easy to set up with cheap equipment, it lacks in home automation.
March 24, 2021

Our SimpliSafe review in a nutshell: this well-priced, DIY system has a lot to offer to renters and homeowners alike.

It’s super easy to set up, the SimpliSafe app works great, and the equipment has some cool features. But it is a little shy on home automation, and we don’t like that you have to pay extra to use the app.

Save on a new SimpliSafe system
SimpliSafe, our Best Value pick, has a deal for 30% off a new system plus a free indoor camera. SimpliSafe is affordable to begin with, so this is a great way to cut your costs even more. Check out the sale.
SimpliSafe overview

No doubt about it, SimpliSafe is substantially cheaper than other security options. 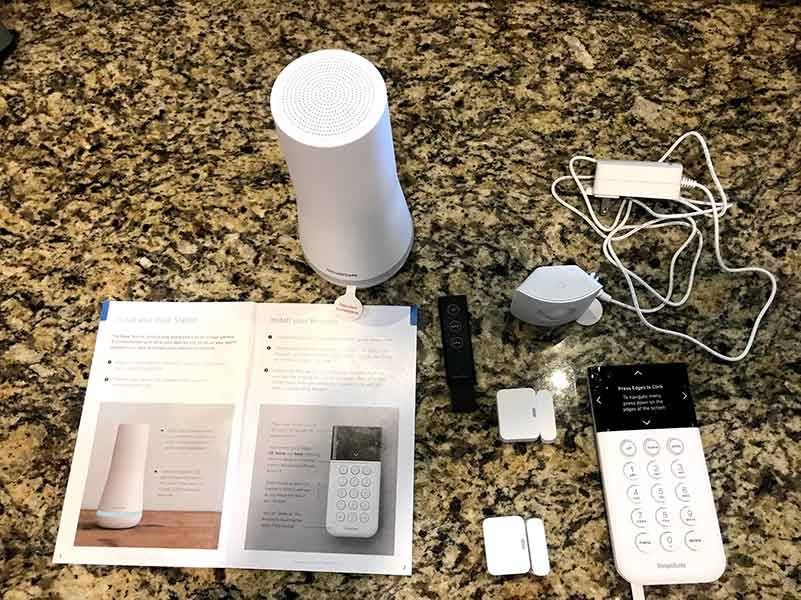 Because of SimpliSafe’s nice little DIY contract-free model, you do have to buy all your security equipment up front. But even with that initial cost, you’ll pay much less for SimpliSafe equipment than you would for most other companies.

In comparison, Vivint’s smallest and most basic equipment package will cost you $599.

Professional monitoring: How much is it?

If you choose to go without it, your alarm system will function as a “local alarm,” which means if someone trips a sensor, it will still set off a siren. But that’s it. Without a monitoring service, no one will contact you. You won’t get a notification. No one will call the police for you. The only thing deterring a burglar from stealing your TV is a loud noise.

What’s a secret alert?
A secret alert sends you a notification but doesn’t trigger an alarm. You can set any sensor to secret alert mode with the app.

We like the simplicity of SimpliSafe’s equipment and the (wide) range of home protection devices you can get. 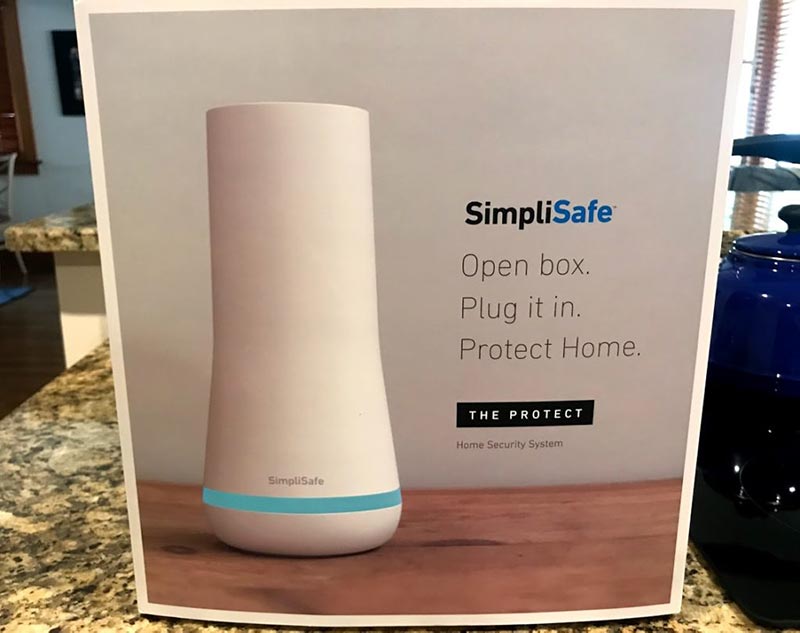 SimpliSafe equipment looks, well, simple. The design is nice-looking but basic, and the system isn’t going to turn your home into a Jetson-esque, fully automated smart home.

Still, SimpliSafe offers a lot of equipment. You can get the following pieces straight from the company:

Not sure what you need? SimpliSafe has a ridiculous number of packages with different combinations of equipment.

Only the Haven, the Knox, the Hearth, the Essentials, and the Foundation are listed on the SimpliSafe website equipment page. But when you make a selection for one of those, you’ll see other packages pop up under “You Might Also Be Interested In.”

Right now, every SimpliSafe equipment package comes with a free camera on the side.

SimpliSafe has a bunch of features to make its equipment more secure.

Perhaps the biggest tech highlight to SimpliSafe’s equipment: it’s a cellular system. That means you don’t need to connect everything to a landline or rely on a Wi-Fi signal for your safety—SimpliSafe uses a cell signal the same way your smartphone does.

Cellular is the most secure connection a home security system can offer, so as long as your location has a strong enough cell signal, we can’t recommend a better option. 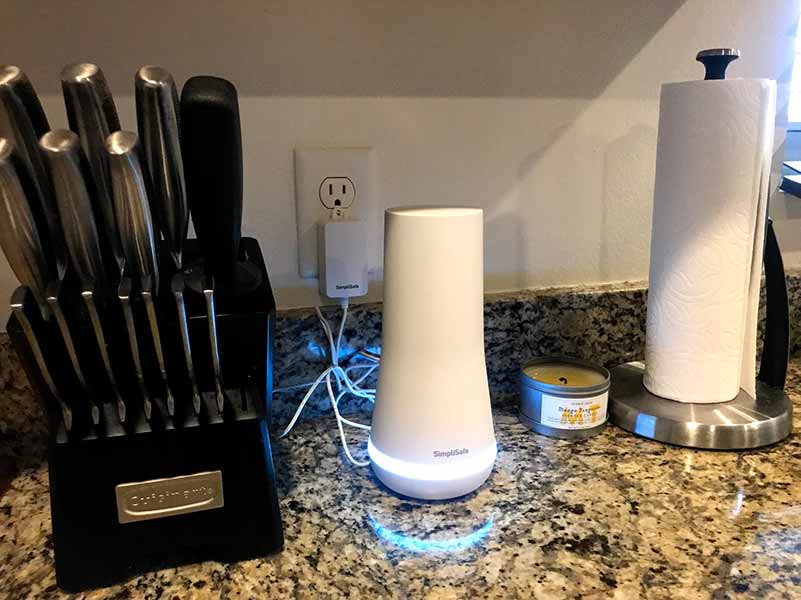 If you’ve had an alarm system before, you probably know most systems use a main control panel to communicate with sensors and sound alarms if someone cracks a window and creeps into your living room at 2 a.m. But SimpliSafe uses something a little different: a main console called the base station.

Sensor tip
A single base station supports up to 100 devices.

The base station communicates with all your sensors and devices (the wireless keypad is just there to turn things on and off). When you set up your SimpliSafe system, you just take the base station out of the box and plug it in. Easy peasy. We put ours right on the kitchen counter.

The base station does have a pretty bright light on the bottom that stays on all the time, so keep in mind if you put it in your living room, it might annoy you during movie night. 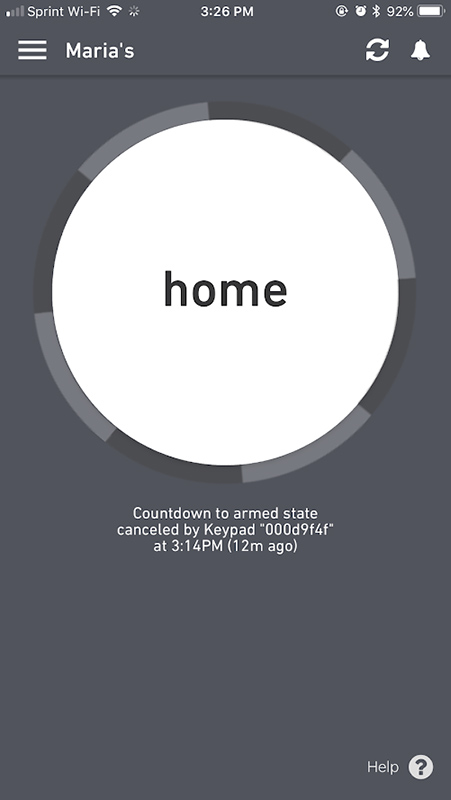 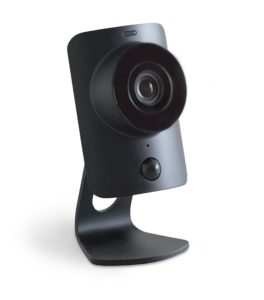 The SimpliCam is SimpliSafe’s first attempt at a camera. You have to keep the SimpliSafe camera indoors, and it’s not too technologically impressive. But it’s also pretty decent for its $99 price tag. (As a comparison, an indoor camera from Vivint costs around $150.)

What don’t you get?

You can also get a $169 SimpliSafe Video Doorbell Pro if you want something directly on your door.

Overall, the SimpliSafe camera is not a bad deal (especially since right now, you get a free one with every equipment package you buy). But keep in mind that if you want to record video or download anything from the camera’s livestream, you’ll need to get Interactive Monitoring. Or you can pay $4.99 per camera per month for SimpliSafe’s camera plan or $9.99 per month for up to 10 cameras.

Just an FYI: the SimpliCam and the Doorbell Pro are the only cameras that connect straight to the SimpliSafe system. 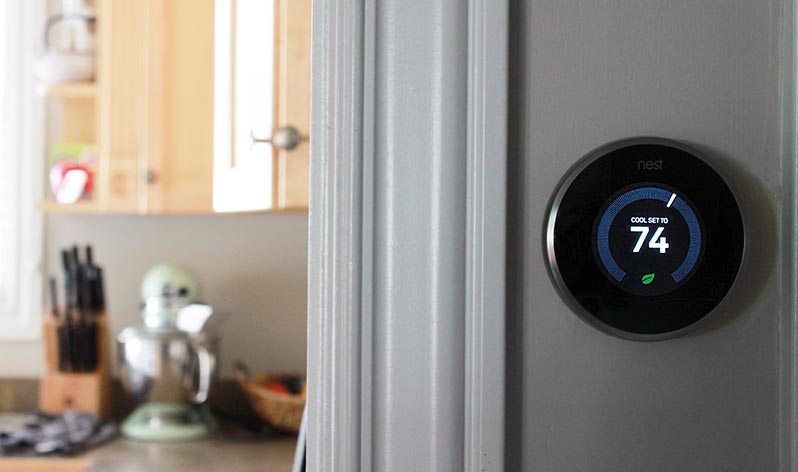 We’re big supporters of the smart home trend around here, and we love when alarm systems integrate with smart home technology. Unfortunately, SimpliSafe is a little behind the times on that front.

Most alarm systems now come with either Z-Wave or Zigbee integration (or both if you’re Scout), which lets you add in third-party devices like smart locks and lights. SimpliSafe comes with . . . neither.

Don’t run into Scout’s open arms quite yet, though. SimpliSafe does have two smart home integrations:

The Amazon Alexa and Google Assistant integrations let you arm your SimpliSafe system with just your voice, so you don’t have to get out of your comfy bed at night when you realize you forgot to turn the system on. in the morning based on when you arm your system.

The voice assistant support is nice, but it’s not that impressive as home automation goes. And while SimpliSafe offers its own smart lock, we really want to see Z-Wave or Zigbee integration so users can add the smart locks (and other devices) of their choice.

SimpliSafe mobile app control (be ready to pay for it)

To be fair, SimpliSafe plans are pretty cheap—especially by industry standards. But we still don’t like the mobile app being treated like an “extra” you pay a premium for. You need the mobile app to control your system from your smartphone and to get mobile alerts about any incidents.

If you don’t want to pay for app access, you can technically self-monitor for free, but this option is pretty much useless. You can’t get push notifications from the app or even arm or disarm your system. You can really only stare at your camera feed and lock/unlock your door.

If you really don’t want to pay for mobile app access, you can still arm and disarm the system remotely using a key fob. The key fob is nice, but it can’t do nearly as much as the app can, and you still have to be in close range to your house. That doesn’t help if you realize at work that you forgot to arm your system that morning. 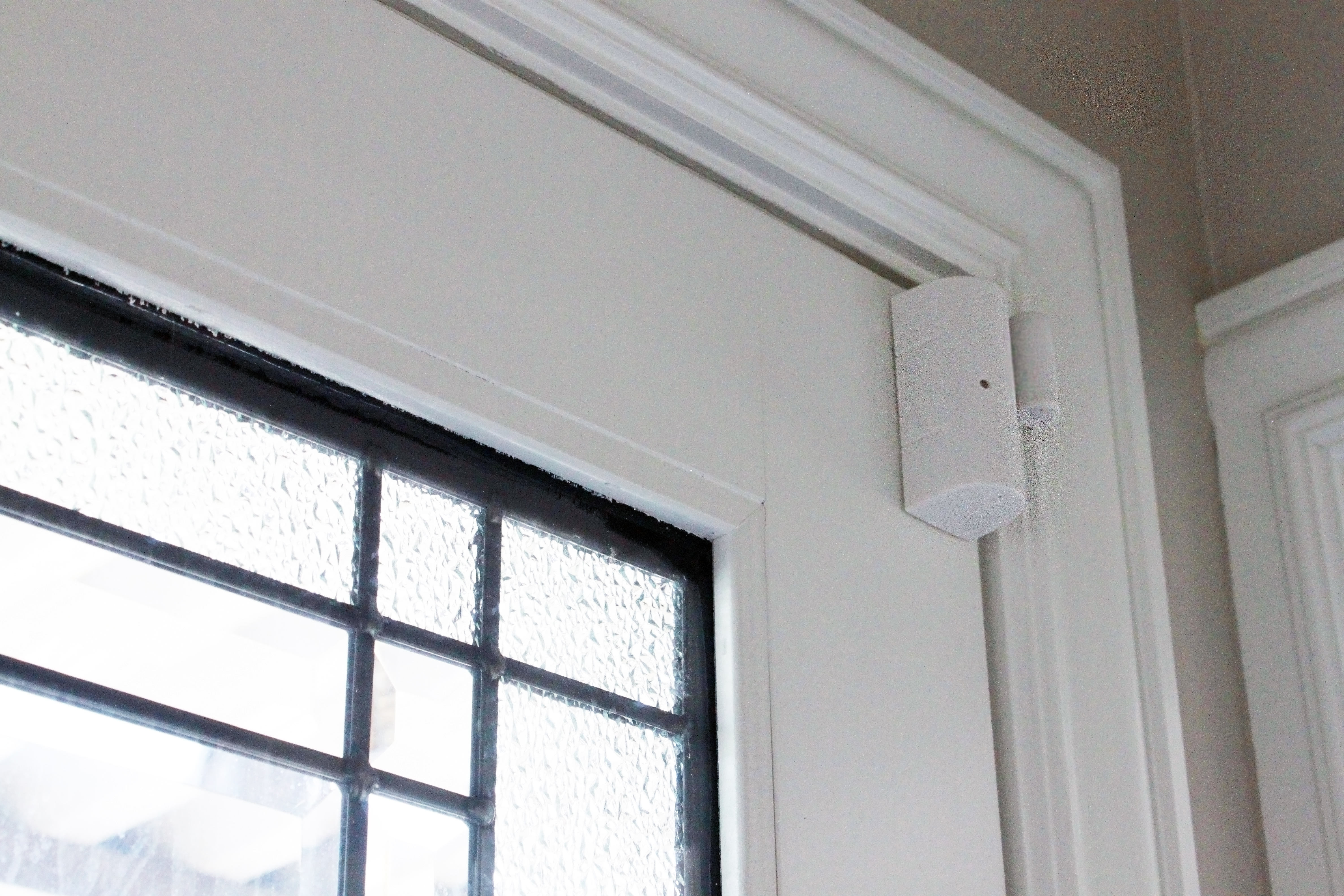 SimpliSafe installation is totally DIY, and it’s easy. No drilling or punching holes in your walls (which is great for renters). Also, the equipment comes with adhesive strips, so you just peel off the cover and stick the sensors where you want them.

The sensors are super sticky and definitely stay where you put them, but good news: they’re still safe for paint. We put the entry sensors and motion sensor on and took them off a couple of times, and our paint was left intact.

Even setting up the base station and arming the system are no big deal. Just follow the instructions in the setup guide or through the SimpliSafe app. We used the app, and it gave us step-by-step directions to get everything connected and ready to go.

Our whole system was up and running within 15–20 minutes.

Professional installation
Don’t want to install it yourself? SimpliSafe will install it for you for an extra $79.

SimpliSafe offers five equipment packages, so it’s easy to find something with enough equipment for your specific house.

But you don’t have to restrict yourself to preset packages. SimpliSafe equipment is (almost) entirely à la carte. Get what you want, skip what you don’t want, and go on your merry way. Feel free to add that extra glass break sensor or another key fob.

Our tester system came with two sensors and a motion sensor. That was enough for us to secure two main doorways and cover the living room with the motion sensor.

We also like that SimpliSafe lets you order online. You can add equipment and check out in mere minutes.

SimpliSafe is pretty good. We see it as a cheap, reliable option for home security. The online ordering is super convenient, the DIY installation is easy, and the system worked great when we tested it.

On the other hand, we wish SimpliSafe had more home automation options and more integration with smart home devices. And it’s a little much to pay $10 extra for mobile app access plus $4.99 per camera per month. It adds up fast. Still, you could pay for all that and still fork over less than you would with some big-box home security companies.

If SimpliSafe doesn’t sound like the right DIY option for you, check out Abode or Ring.

Is your home ready for SimpliSafe?

Smart security systems work best when you’re prepared for them. To get the most out of a SimpliSafe system, you need reliable internet and phone plans.

We suggest getting a higher-speed internet plan when you have more devices connected to the Wi-Fi. The exact speed you need depends on the number of devices you have and the bandwidth they require.

To check on your home security system from afar, you ideally want unlimited data. Here are some of the unlimited data plans we suggest.