We found the best alarm systems for apartments so you can protect your property and still get your security deposit back.
https://www.reviews.org/home-security/best-security-system-renters/
Want to secure your stuff while you rent? Read our review to find the best security systems for renters and apartments, like DIY and contract-free alarms.
March 24, 2021

Our preferred security system for apartments and renters is the old DIY standby, SimpliSafe Home Security. SimpliSafe is affordable, contract-free, and easy to install. Plus, people will recognize the name on your yard sign.

The top 5 security systems for apartments 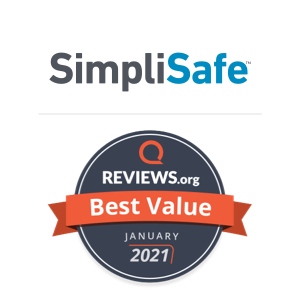 SimpliSafe, our Best Value pick, has a deal for 30% off a new system plus a free indoor camera. SimpliSafe is affordable to begin with, so this is a great way to cut your costs even more. Check out the sale.

Cove is having a sale for 45% off equipment and a free indoor camera. Check out the sale.

Frontpoint is currently offering 25% off and a free doorbell camera. Check out the sale.

Abode is currently offering 15% off accessories with a Starter Kit order. (Use code LUCKY21) Check out the sale.

Scout is offering a free doorbell camera with system purchase. Check out the sale.

What to look for in an apartment security system

The best alarm systems for renters have DIY installation, easy portability, and no contracts.

Most landlords would rather their tenants didn’t drill holes in the wall or install complex security systems you have to take down later. Especially if you tend to move from one place to another fairly frequently (say, every two years or so), then you don’t want to be tied down by an apartment alarm system of all things.

This can be a problem considering many security providers have 3- or 5-year contracts and professional installation, which makes it more difficult to move the equipment from place to place.

If you’re into home automation, you might also want your home security system to support Z-Wave or Zigbee integrations so you can add in things like light controls.

SimpliSafe was one of the first companies to offer no-contract DIY security. You can choose whether to pay month to month for professional system monitoring or rely on the system’s loud siren to scare off intruders.

We ranked SimpliSafe best overall for renters precisely because, like the name says, it’s simple. It’s super affordable, it’s easy to install, and it does its job. We like that SimpliSafe has transparent pricing and offers a full range of equipment so you can choose which components you want and leave the ones you don’t.

What we don’t love is that you must subscribe to SimpliSafe’s top monitoring plan if you want to control the system from your phone. Providers like Abode give you mobile app access with or without a monitoring plan.

Abode is a sleek addition to the security industry. The system is the product of a Kickstarter fundraiser and was officially released in 2015. The idea was to make a DIY-installation, high-tech security system with no monthly contracts or long commitments.

We’d say Abode definitely delivers on the tech front. It keeps its system fairly simple, but you still get smart devices. Abode’s motion detectors also take photos, and its indoor cameras don’t scream “security camera,” so you can set them on a bookshelf and still keep things classy.

SimpliSafe offers a wider array of equipment than Abode—and for less money—but Abode is a few steps ahead in the tech game.

Our only real complaints about Abode are that its equipment starter pack doesn’t come with a keypad, and its monthly price for professional monitoring is high for this kind of system.

Frontpoint is like a hybrid between traditional security companies like ADT and less like some of the up-and-comers on our list, such as Cove. Its monitoring prices are high but its equipment is affordable, and you don’t have to sign a contract.

We love the no-contract option, but we included Frontpoint on our renter’s list because the company has excellent customer service, which makes it easier to relocate your service if you move.

You also install the system yourself—just peel and stick—so you don’t have to wait around for professional installers to put in or take out your system. Plus, no holes in your wall.

Did you know?
Most security providers have relocation options and packages. They just tend to be more expensive and more complicated than the easy DIY systems we prefer for renters.
Frontpoint monitoring plans

We can’t deny it: Scout has style. Its equipment is nice to look at, and both online ordering and DIY installation are super easy.

One of our favorite Scout standouts is the RFID tag. An RFID tag is a little key fob that allows you to arm and disarm your system using radio-frequency identification. Scout’s system works a little differently from what we usually see, and sometimes, the traditional systems are more user-friendly.

That said, Scout offers the cheapest professional monitoring on our list (aside from SimpliSafe). The system also comes with both Zigbee and Z-Wave compatibility, so if you want to go full smart home (or smart apartment), you don’t have to be restricted to one or the other connection type.

Cove is a pretty new DIY security company, but its equipment makes it seem like it’s been around for years. If you’re looking at pricing, then Cove is on par with SimpliSafe, but Cove’s equipment has more functionality.

What we love most about Cove for renters is that there aren’t any sneaky fees or extra costs for moving or switching your service. And since you don’t have to sign any contracts, you can cancel it if you ever need to.

Still not sure which is the best security system for you? Check out our Best Home Security Systems review to compare more options.

We compare and rank home security systems based on five key factors:

What’s the best home security system for an apartment?

Can I have an alarm system in my apartment?

Yes, you can use an alarm system in your apartment. At least, as long as your property manager approves. Many DIY security systems cater to renters and apartment-living. Just keep it minimal, contract-free, and easy to move.

Can you get ADT if you rent?

Traditional ADT systems may be difficult to install in a rental property because they require professional installation, which can be invasive and may not sit well with your property manager. That said, Blue by ADT—ADT’s newly released DIY system—could work.

What is SimpliSafe’s Interactive monitoring?

You’ll need the Interactive monitoring plan if you want to control your SimpliSafe system from your phone, set up custom alerts, integrate your system with Amazon Alexa, etc. Basically, all of SimpliSafe’s smartest features are part of the Interactive plan.