Overall Rating 3 out of 5
Human detection
Work as standalone devices
Lacking smart alerts
View Plans
https://www.reviews.org/home-security/simplisafe-cameras-review/
SimpliSafe has two security cameras: the SimpliCam indoor camera and the Video Doorbell Pro. But are they good enough for your house?
November 10, 2020

We think of SimpliSafe cameras as more like a bonus than a core feature. The SimpliSafe home security system is one of our favorite DIY options, but SimpliSafe cameras? They’re just a nice extra if you want to keep an eye on your living room or your porch. 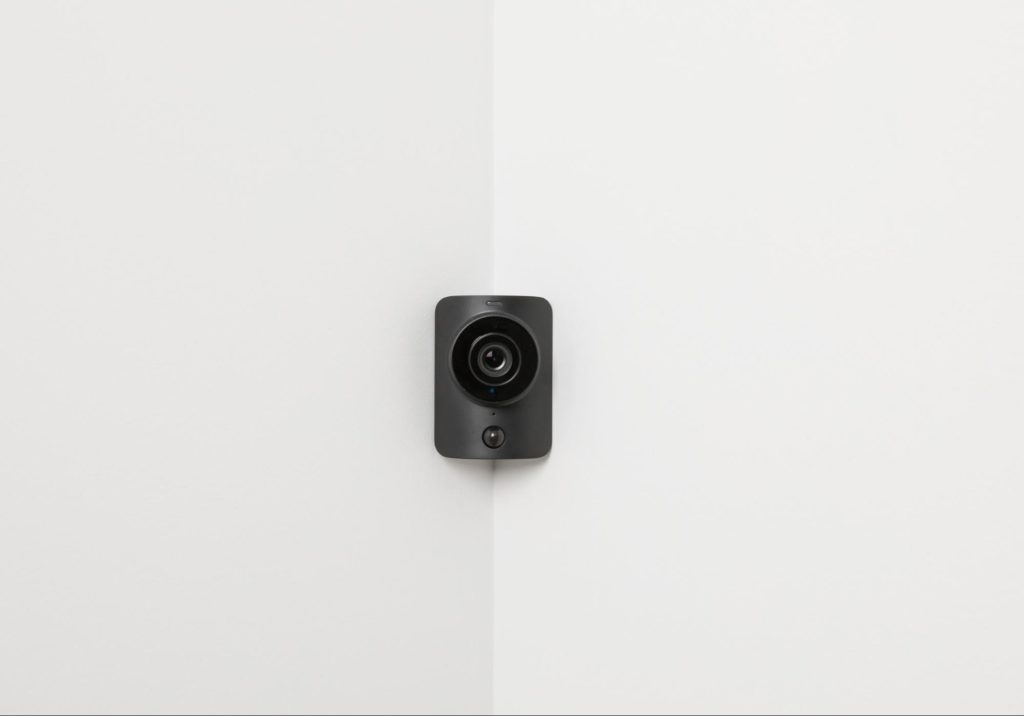 Neither of SimpliSafe’s cameras blows us away from a tech perspective, but if you want cameras that put the “simple” in “SimpliSafe” and that work with the rest of your security system, then you could do worse.

A lot of home security companies require you to install a full system and subscribe to a pricey monitoring plan before they’ll support cameras. But SimpliSafe offers both of its security cameras as standalone devices.

You can buy either the indoor camera or the doorbell camera and use it all on its own without a single other sensor in place. SimpliSafe gives you motion-activated alerts for free, but we recommend subscribing to the video support plan. It starts at $4.99 per month and gives you 30 days’ worth of cloud storage.

SimpliSafe cameras use cloud storage (only)

Neither of SimpliSafe’s cameras have a local storage option. You can either get motion-triggered notifications for free or pay the fee for 30 days’ worth of cloud storage. If you want a camera that lets you store footage on a USB drive or microSD card, we recommend something like the Wyze Pan Cam or the Eufy Video Doorbell.

Both the SimpliCam and the Video Doorbell Pro record short clips of video when they sense motion and then store that footage in the cloud (as long as you have a video recording plan). This type of recording is called event-based video recording.

On the flip side, some cameras offer continuous video recording that keeps the camera going 24/7 and gives you a complete timeline of footage you can look through.

Most people don’t need their cameras to record 24/7, but if you’re a business owner or you just want an ongoing recording of your backyard, then heads up that SimpliSafe cameras don’t have that feature. Try the Nest Cam IQ Indoor or the Arlo Q instead.

With video verification, SimpliSafe monitoring reps can temporarily access your SimpliCam or Video Doorbell Pro to see if there really is an intruder in your house.

You need a full-on SimpliSafe security system to use this feature, but it’s pretty cool. Video verification helps prevent false alarms, like when your children leave the door open just a little bit and set off the sensor.

When your alarm system goes off, the camera starts recording and sends the footage to SimpliSafe’s monitoring center. That way, they can see if there’s really someone suspicious or if it’s just an errant kid.

If the idea of some monitoring center rep seeing your camera footage freaks you out, no worries. Video verification is optional—you can turn it off. 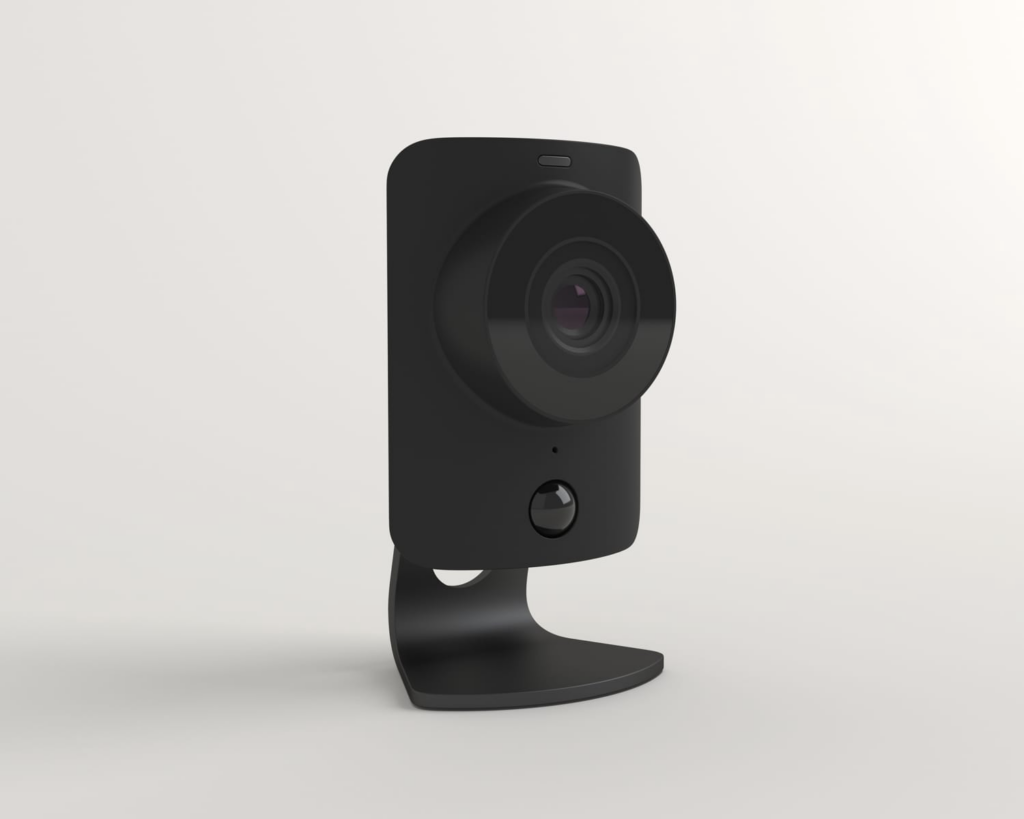 The SimpliCam is a basic little indoor camera. It has decent resolution, a good field of view, and standard features like two-way audio and night vision. It’s not bad for its $99 price tag, but there’s nothing about it that makes us say “wow.” It can keep an eye on your house and send notifications when it detects motion, but that’s about it.

You can view the SimpliCam’s livestream through the SimpliSafe app on your phone or through a web browser. The live view shows you what’s happening at any given moment. Aside from a few seconds of lag time, you have a real-time view.

The livestream is great if you want to check on pets throughout the day or keep an eye on your kids when they’re home with the babysitter. But remember that if you want the camera to store motion-activated clips, then you have to subscribe to the camera plan.

Indoor security cameras can feel a little disturbing. How do you know it’s not watching you when you sneak into the kitchen at 2 a.m. to eat the last of that leftover cake?

For peace of mind about your secret nighttime snacking (and whatever else), SimpliCam comes with a privacy shutter. Not a lot of indoor cameras have this—it’s a visible metal shutter that closes around the camera lens so you can see at a glance that it’s not watching you. Feast away.

SimpliSafe doesn’t have any outdoor security cameras, but it does sell an adapter kit that lets you outfit the SimpliCam for outdoor use. It’s really just a silicone cover that helps keep out water and dust. It also comes with a longer power cord.

The kit does expand the SimpliCam’s operating temperature range a bit: from 14°–104° F to -4°–114° F. But we don’t expect it to be the most reliable weatherproof camera around.

How to install the SimpliCam

The SimpliCam links to your Wi-Fi network wirelessly, so all you really have to worry about is the power cord.

Once you have the SimpliCam set up, you can adjust settings in the SimpliSafe app.

For the price, the SimpliSafe Video Doorbell Pro could use better smart alerts. 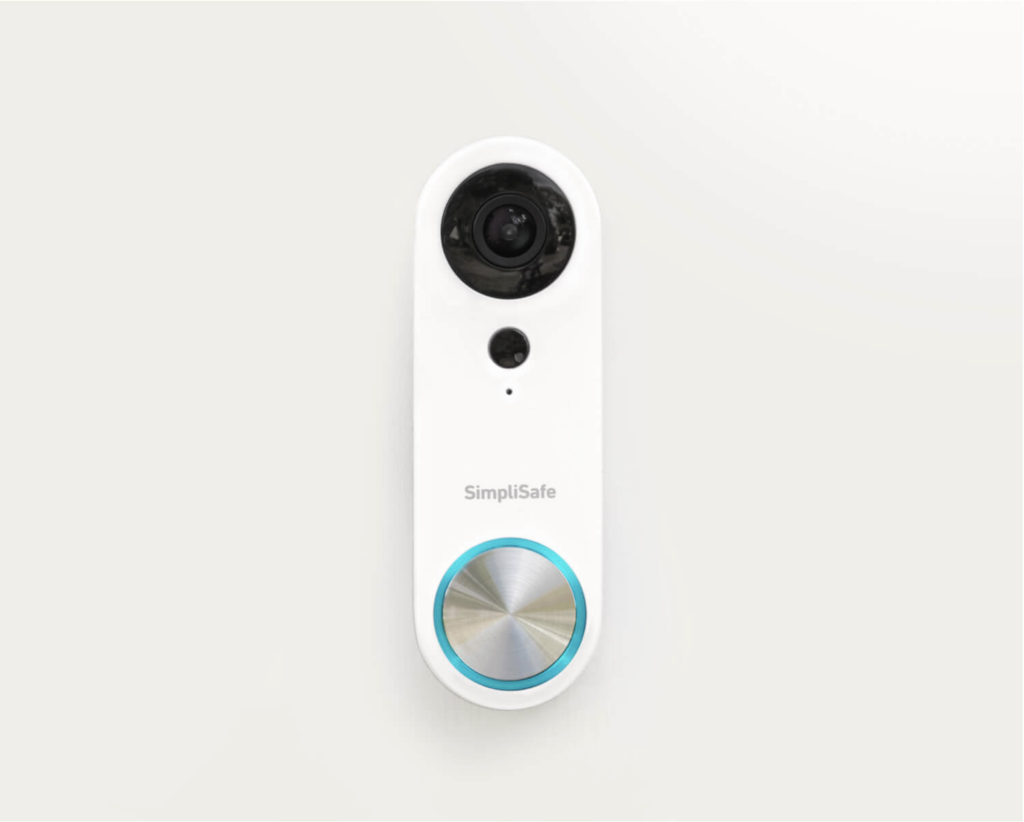 The SimpliSafe Video Doorbell Pro has a lot of the same features as the SimpliCam, including high-definition resolution and person detection.

As video doorbells go, it’s not the smartest model we’ve seen. (We gotta give that honor to the Nest Hello.) And there are doorbell cams with better smart features that come at a similar price, like the Arlo Video Doorbell.

For $169, SimpliSafe’s Video Doorbell Pro is decent but not amazing.

Like the SimpliCam, the best thing about the SimpliSafe Video Doorbell Pro is that it works with your SimpliSafe security system. If you don’t have a SimpliSafe system and just want a standalone doorbell camera, then we’d skip this one.

The SimpliSafe Video Doorbell Pro gives you adjustable activity zones, which is great. You gotta choose a doorbell camera that lets you adjust activity zones. If you can’t, then you’re going to get dozens of notifications every day about cars driving down your street.

SimpliSafe doesn’t have the best adjustable activity zones we’ve seen. A lot of doorbell cameras let you draw which areas you want the camera to watch. SimpliSafe gives you a grid view and lets you block out tiles over areas you don’t want the camera to pay attention to. It’s not quite as fancy as the alternative, but it gets the job done.

If you want to get even fewer spammy push notifications, then you can turn on person-only alerts for the Video Doorbell Pro. This way, the doorbell will only notify you when it spots an actual human.

Person-only alerts are great if you’re tired of getting notified every time a cat walks through your yard or a tree branch waves in the wind.

How to install the SimpliSafe Video Doorbell Pro

The Video Doorbell Pro is a bit trickier to install than the SimpliCam. This cam uses your existing doorbell connection, so you’re going to get to know some electrical wiring for this one.

If the camera works but your doorbell’s not chiming (or it’s chiming when it shouldn’t), then you might need to get a chime connector from SimpliSafe.

We think they should just include it in the package, but they don’t seem to think enough people need it. (To be fair, you probably won’t.)

SimpliSafe cameras are middle of the pack: not bad, but not great either.

True to the brand name, SimpliSafe cameras are simple. SimpliSafe only has two cameras, and they both have pretty basic features we expect from any decent security camera. That said, both cameras are relatively affordable, and we think you’ll get your money’s worth.

If you already have (or want to get) a SimpliSafe security system, then both these cameras are nice because they work directly with your security sensors. They also let SimpliSafe use video verification to see what’s going on when your alarm goes off.

SimpliCam indoor camera: The SimpliCam has HD resolution and person detection, but the angle isn’t easy to adjust, and it doesn’t have any smart alerts beyond telling you when it spots a person. We do like the privacy shutter, though.

Want to learn more about how to choose a doorbell camera? Check out our Smart Video Doorbell Buyers Guide.

Is your house ready for SimpliSafe cameras?

Even basic security cameras can impact your internet connection. If you already have some slowness or bandwidth issues, then you might want to upgrade your internet plan before you add cameras into the mix.

Here are some of our favorite internet plans to support home security systems and cameras.

Recommended internet plans for SimpliSafe cameras
Data effective 11/04/20. Offers and availability vary by location and are subject to change.
* For the first 12 months. Some packages require a 1- or 2-year contract.
† New customers only. Rate requires paperless billing and excludes taxes. Additional fees apply.