Now might be a good time to hop on one of these networks.

Since the merge of T-Mobile and Sprint, we are no longer updating this page. You can read our T-Mobile review to learn what we think of T-Mobile, post-merger.

T-Mobile and Sprint are basically the same company now that we're living in a post-merger world. They're like Remy the rat and Linguini the chef from Ratatouille. Who's the rat and who's the actual human you ask? It's honestly too early to tell. We're operating with limited info right now as the details of the merger continue to emerge. For now, AT&T and T-Mobile plans appear to be unchanged, with the big caveat of Sprint's Unlimited Kickstart offer being off the table.

But for all the current options you have in front of you in 2020, it looks like T-Mobile still has the edge.

We’ll dig into the granular details of T-Mobile vs. Sprint's unlimited plans, prices, and perks, but take a look at the breakdown of the plans between the two networks first.

Same prices, except for the premium data plans

They're basically the same

The prices are nearly identical between the two providers, except for Sprint's premium unlimited plan costing $5 less than T-Mobile's Magenta Plus plan. Unless you want a premium data plan, price won't be the main decider between T-Mobile and Sprint currently.

What does Magenta mean?

Magenta is T-Mobile’s fancy name for plans that include more hotspot data (additional 10 GB for Magenta and 20 GB for Magenta Plus) and more international data. No matter which T-Mobile unlimited plan you choose, you get 50 GB of unthrottled hotspot data.

The advantage goes to Sprint when it comes to premium unlimited data pricing. We expect that Sprint and T-Mobile's pricing will change as the merger continues to develop, and hopefully we get some cheaper plans. In the meantime, Sprint takes the slight advantage in price.

How will pricing change after the Sprint and T-Mobile merger?

We can only speculate at this point, but it feels safe to assume most prices will be higher than what Sprint currently offers. Hopefully, if you opt into a cheap Sprint plan now, your contract will stay the same even after the merger.

T-Mobile does more with its unlimited data options.

There’s really no competition when it comes to LTE data speeds between Sprint and T-Mobile. T-Mobile is like Michael Jordan and the ’90s Chicago Bulls, and Sprint is like those ’90s Utah Jazz teams. In other words, T-Mobile always wins with faster speeds and more reliable coverage.

Of course, all of that is subject to change now that the two companies have merged together. It's likely that Sprint's data speeds will catch up with T-Mobile's offerings, but that isn't clear right now. For now, it's safe to say that T-Mobile offers faster data speeds than Sprint.

It simultaneously informs you that T-Mobile offers much faster data speeds1 and pokes fun at my editor. Thanks for your patience.

How many Mbps do I use in a given moment?

To stream a basic video on Instagram or YouTube, it’ll cost you around 8–10 Mbps. How quickly you get that data depends on your network. T-Mobile will get you that data (read: your video) more quickly.

The advantage easily goes to T-Mobile for data speeds.

If you're a big PUBG Mobile player, or just hate that feeling of waiting for something to load on your cell phone, then Sprint might cause a few headaches. Your data speeds should feel consistently responsive on the T-Mobile network.

What about data caps?

Both Sprint and T-Mobile cap their data at 50 GB for unlimited plans. This means that once you exceed 50 GB of data in a given month, your data may start to slow down. For what it’s worth, you probably won’t come close to using 50 GB of data in a single month, unless you literally never stop streaming and, honestly, no shame if you do.

What about mobile hotspots?

You can use your device as a mobile hotspot with both Sprint and T-Mobile unlimited data plans. Go ahead and stream Netflix on your laptop while you're waiting for your flight. 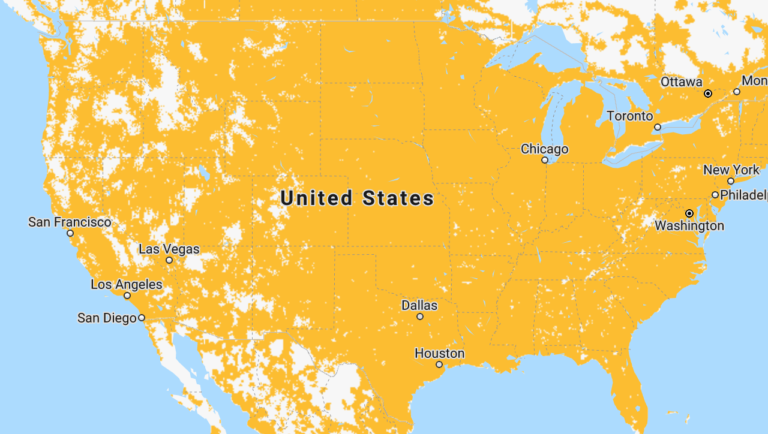 Sprint still hasn't told us exactly the percentage increase of its coverage, but based on the eye test, it looks like Sprint might even give Verizon a run for its money soon. As soon as we find out more concrete info about Sprint's new coverage, we'll make sure update the page. For now, it seems like Sprint's coverage is secretly extremely good.

Now let's take a look at T-Mobile's coverage map to see how it compares.

T-Mobile always offered solid coverage, but it seems like Sprint has harnessed the power of T-Mobile and made a seriously impressive network. It's hard to say definitively the difference right now between Sprint and T-Mobile with the merger still ongoing, but you really can't go wrong either way. One would assume that both companies would stand to benefit from a coverage standpoint with the merger, but we don't know the details yet.

If we had to choose, we'd probably hope on Sprint's wagon now. Since Sprint acquired T-Mobile, it seems like Sprint would have the most to gain, and the most to offer from a coverage standpoint.

T-Mobile and Sprint offer basically all the same phones at the same prices.

Most popular phones for Sprint customers

Both T-Mobile and Sprint offer essentially every new cell phone device—iPhones, Galaxies, Google Pixels, and more—you would want, but we gotta give the edge to Sprint for offering more Google Pixel support. If you want to learn about the latest cell phone deals from Sprint, T-Mobile, and other carriers, check out our regularly-updated deals page.

T-Mobile’s perks may be better, but Sprint may be best for Hulu fans. 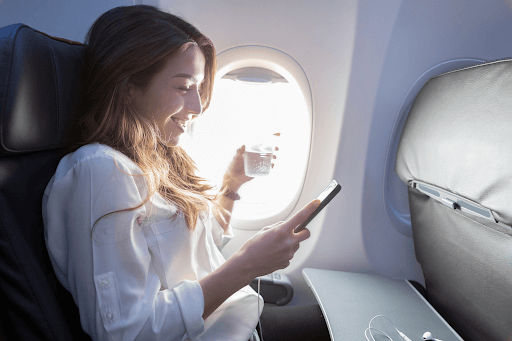 Some T-Mobile plans give you free in-flight Wi-Fi.

For most people, T-Mobile is the best option. But Sprint is still a good choice if you want the lowest possible monthly plan price and you live somewhere where Sprint has decent service.

When should you pick Sprint or T-Mobile?

If neither Sprint nor T-Mobile feel like the right company for you, check out more options from the best prepaid and traditional cell phone providers.