Australians are officially the first to get their hands on the TCL NXTWEAR G smart glasses, which hit shelves today. For the uninitiated, these bad boys have been shown off at CES for the past few years, but now, we get to see the final product at last. 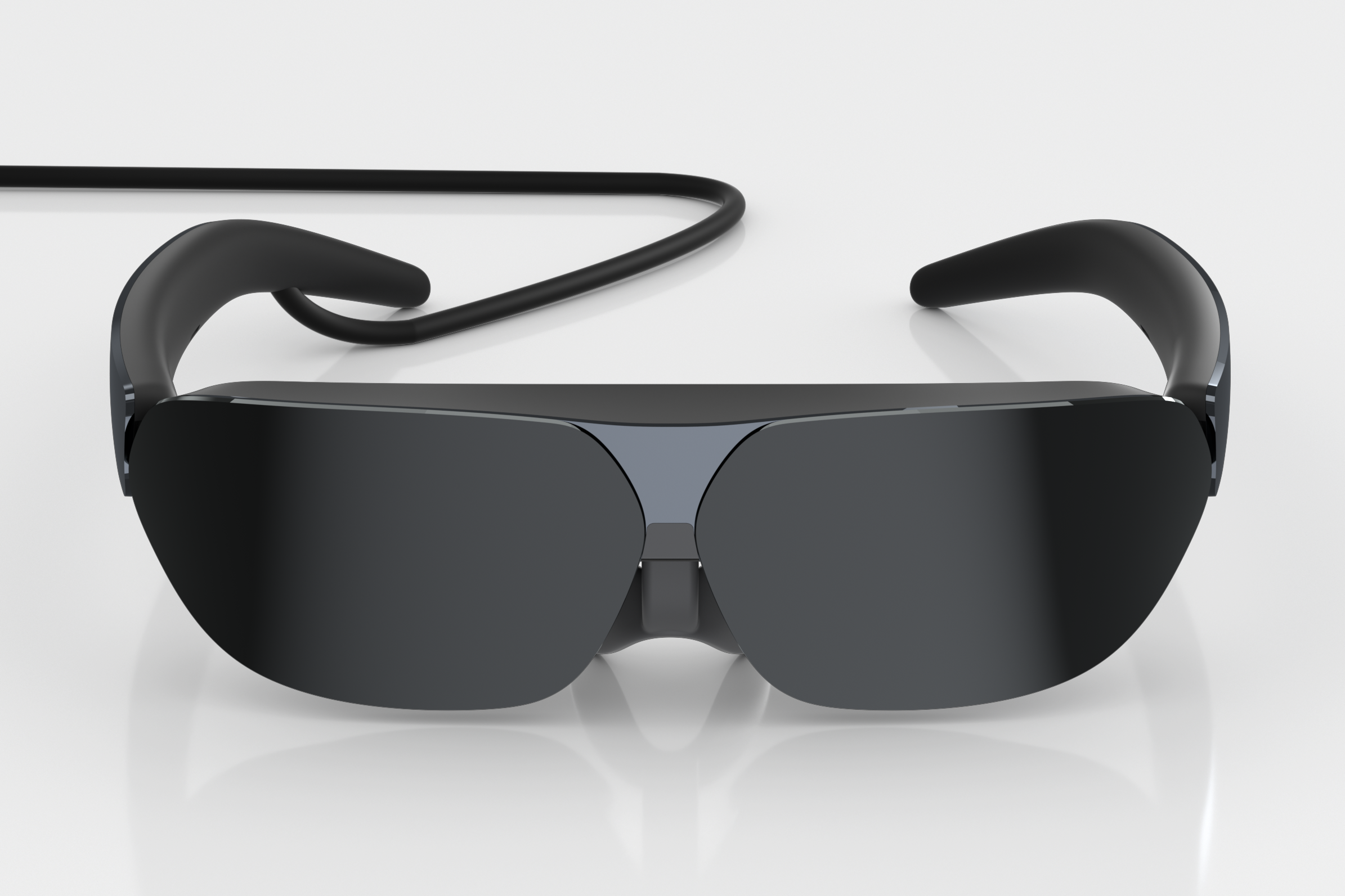 If you're wondering what's so smart about these smart glasses, allow us to elaborate.

The TCL NXTWEAR G is basically a wearable display, visible only to you. Not quite virtual reality and not quite augmented reality, the glasses bring together two 1080p Sony Micro OLED panels to create what looks like a 140-inch screen, right in front of your eyes. They work via plug-and-play functionality, meaning you don't need to charge them - instead, they're powered by whatever device you choose to plug them into. TCL claims the glasses are compatible with over 100 smartphones, tablets and laptops that support USB-C with DisplayPort Alternate Mode.

TCL has opted for an open-fit design that allows for complete immersion in whatever the user is watching, but still maintaining some peripheral vision so you'll still be aware of your surroundings. 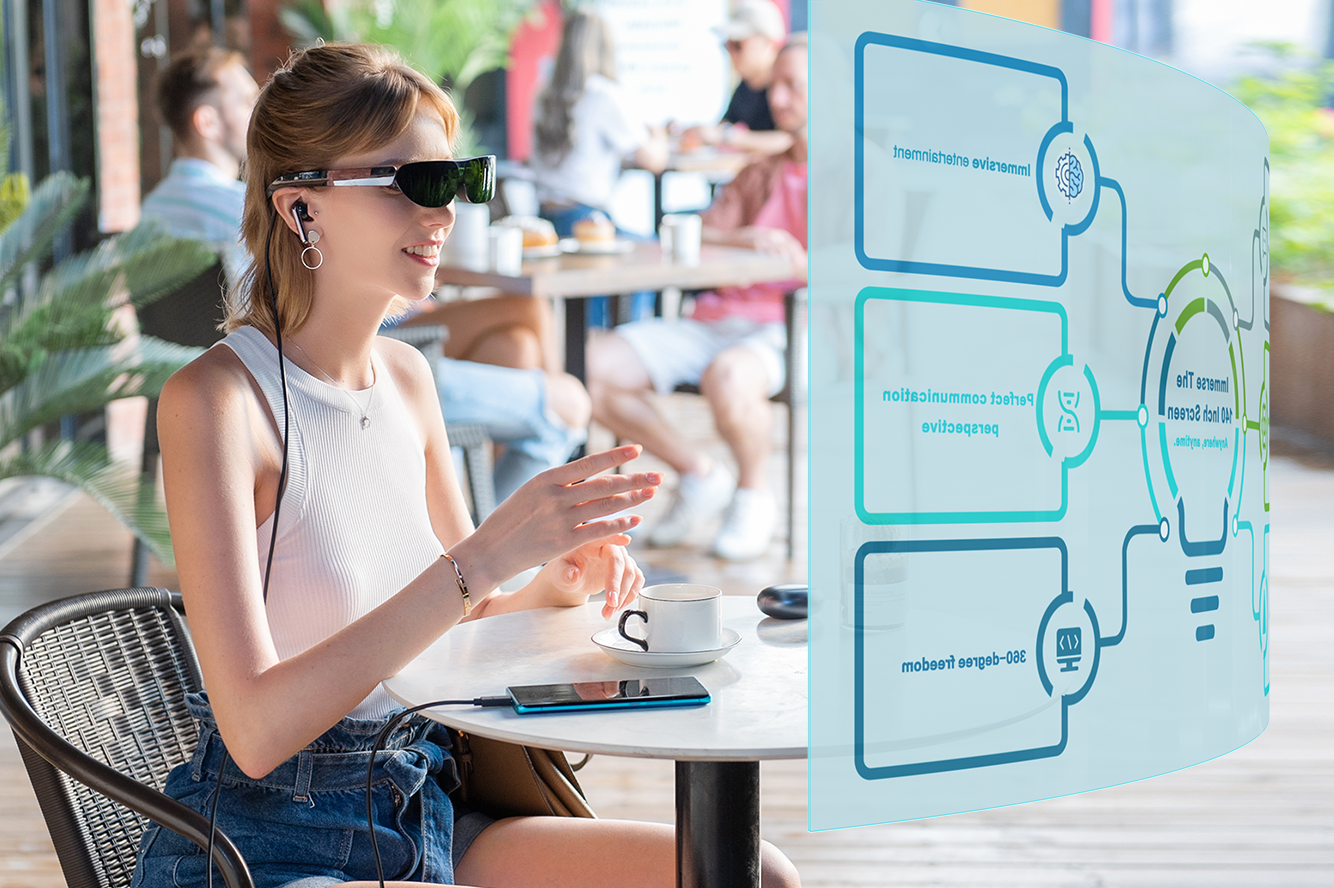 They kinda look like what people in the '90s thought 2021 would look like, but there's no denying how impressive it is that they've essentially shrunk a 140-inch TV into a glasses-size package. And while we can't see the utility in them just yet, we can imagine how something like this might appeal to frequent flyers and commuters when we're all allowed outside again.

And, if you're a four-eyes like myself, you'll be happy to know there's a lens adapter for prescription lenses so you don't have to finagle these smart glasses over your dumb glasses. 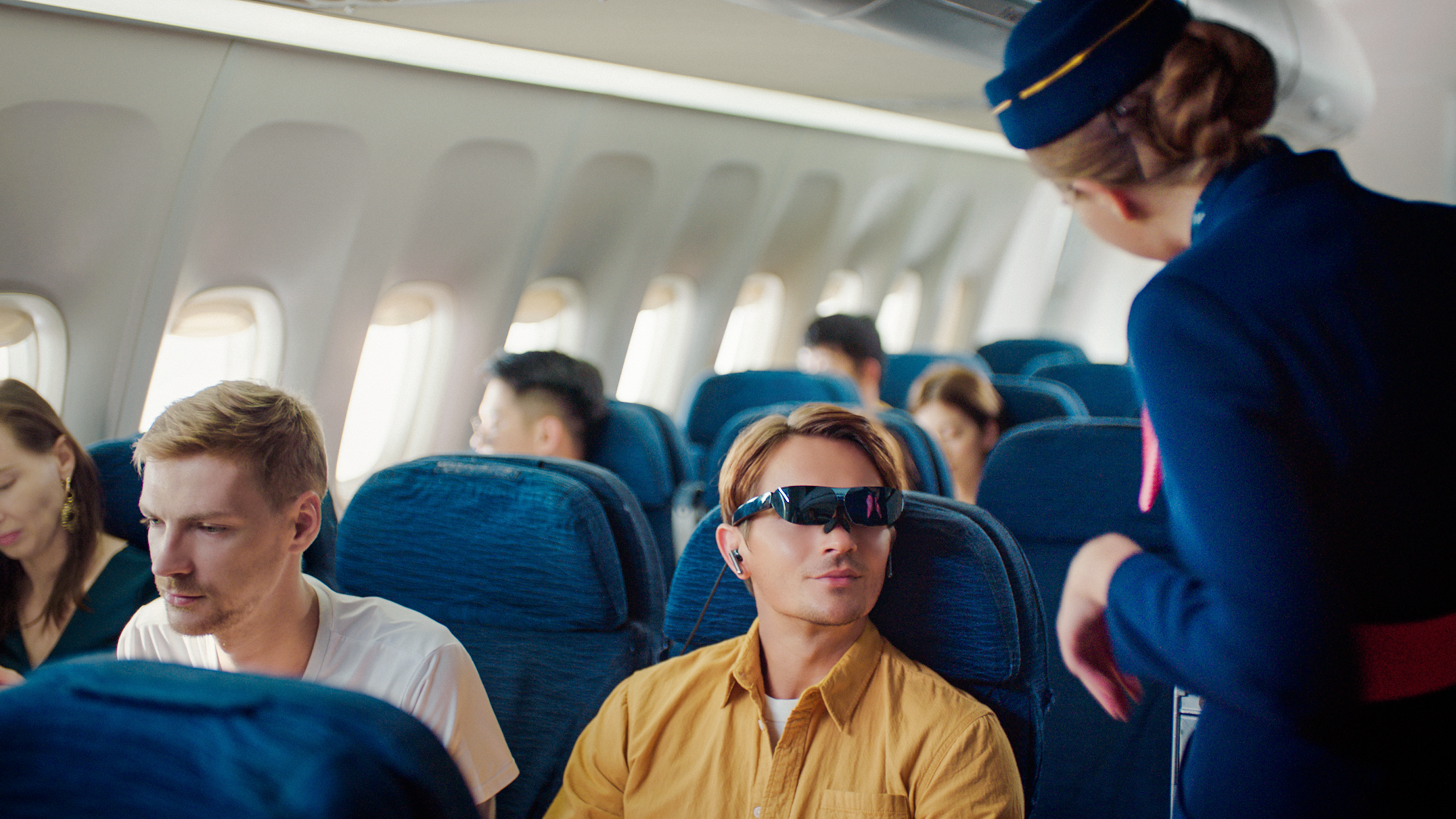 For early adopters with $899 burning a hole in their pocket, the TCL NXTWEAR G is available right now from Harvey Norman. You'll also get a six-month Optus Sport subscription thrown in (via redemption).