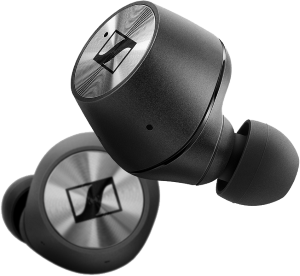 4.5
See it at Amazon
See alternatives

Are Sennheiser’s Momentum True Wireless earbuds worth the premium price tag? That depends on what matters more to you: substance or style.

Sennheiser True Wireless earbuds are easily the sleekest and smoothest true wireless earbuds we’ve reviewed but despite the high price, there’s no active noise cancelling and the battery isn’t as burly as cheaper earbuds. They are available via Amazon Australia at $399 (check price) and JB HI-FI at $499. 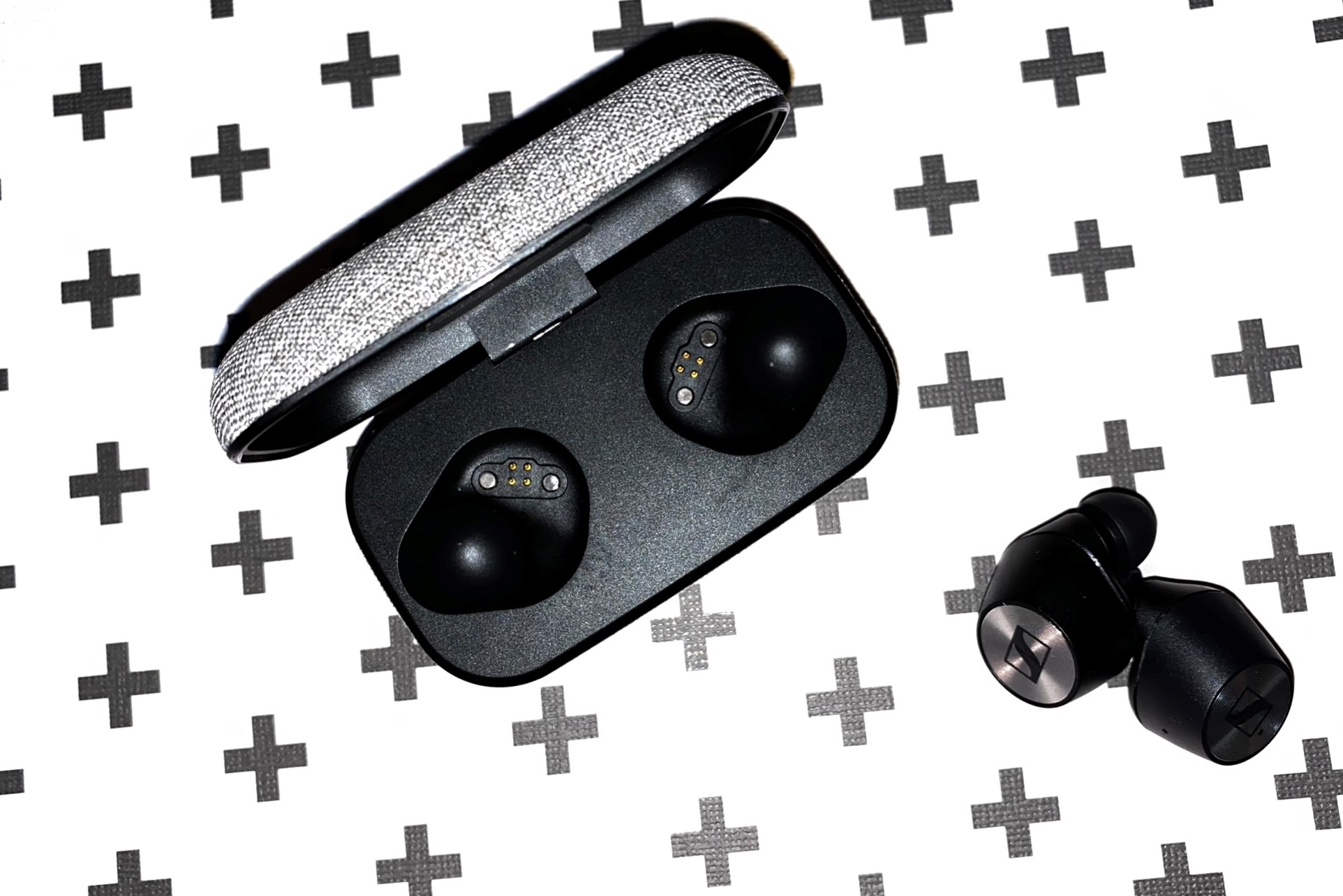 There’s a certain pedigree to owning a pair of Sennheiser headphones that I honestly wasn’t aware of before reviewing the Momentum True Wireless earbuds. The many musos and audio nerds in my life would light up whenever I pulled the little fabric charging case “Oooh, wow, Sennheiser?” ; it was like I’d got my hands on the holographic Charizard card of headphones.

After about three weeks with the brand literally plugged into my ears, I’ve begun to see why such a fandom exists for the German headphone manufacturer. Firstly, they are by far the most aesthetically sound earbuds I’ve reviewed to date. That’s subjective, of course. My Editor Spokesperson Joe Hanlon said they look like cufflinks. I’ll explain what I like about the look further down. Secondly, and most importantly, it’s been the smoothest experience I’ve had connecting between devices thanks partly to the intuitive Smart Control app.

Let’s take a look at the reasons why you’d fork out the cash for these fine ass headphones if you’ve got it.

One recurring issue we’ve come across with the true wireless headphones we’ve reviewed so far is the struggle to cram as much fancy audio tech into two tiny wireless earbuds. A lot is going on in every earbud and the manufacturers are tasked with balancing size and functionality. Even some of the best true wireless earbuds, like the Sony WF-1000XM3, are a little chunkier than you’d hope. This is where Sennheiser’s Momentum True Wireless earbuds really shine.

They are compact enough to not protrude past your outer ear and the classy silver finish is more discrete than something like the colourful Bose Soundsport Free buds.

Again, style is subjective. If you spend most of your time head-to-toe in activewear, the Bose Soundsport Frees might actually fit in with your overall aesthetic. But for a strapping young professional like myself, the Sennheiser TW Momentum’s fabric-covered case and black/silver buds are classy without revealing how pretentious I really am.

They’re also water-resistant with an IPX4 rating; so they can handle a bit of sweat, and even a bit of light rain but you’d want to avoid drowning them where possible. Not that you’d typically wear these to the gym anyway. I’ve personally had no problems keeping the buds nice and snug on jogs and bike rides but a gym junkie friend of mine wasn’t quite as confident with the fit. 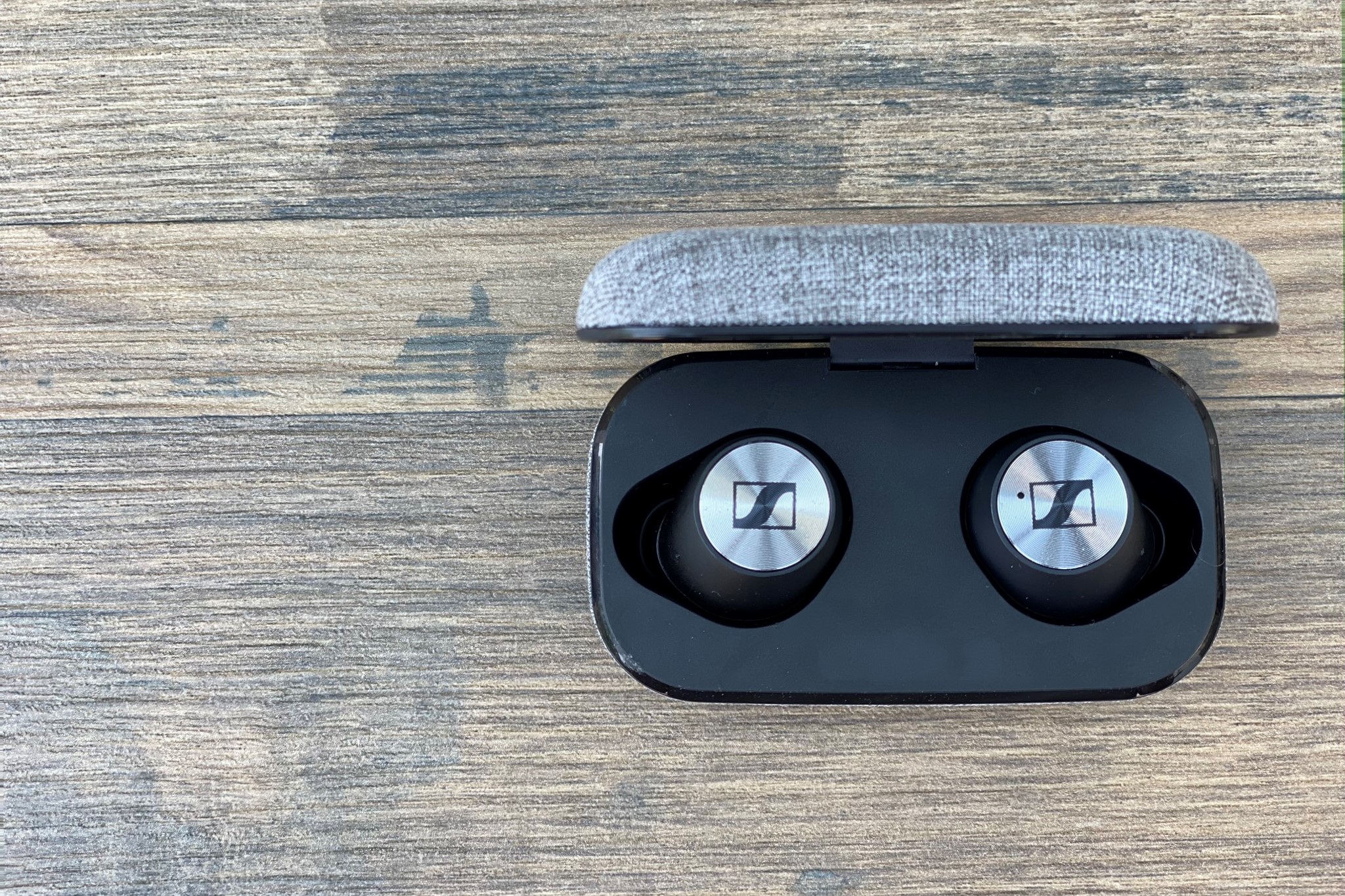 After reviewing so many true wireless earbuds back-to-back, I can confidently say the Sennheiser Momentums have offered the smoothest experience so far when it comes to connectivity. Besides some insignificant scratchiness at my desk when I’m juggling a truckload of Bluetooth-connected devices, I’ve had almost no connection issues whatsoever.

Where I’m typically caught up is when I’m transporting my Surface Book and multiple review phones in my daily backpack; true wireless headphones typically have a meltdown with all the paired devices close by, connecting and disconnecting repeatedly.

I’ve never had this issue with the Sennheisers Momentums. At times when the Momentums have attempted to connect to my laptop, the solution has been to either touch and hold both earbuds to reset the connection or open the Smart Control app. The second has been my go-to. It seems to command the most respect from the Momentums, ignoring every other device and connecting to my phone.

If there’s one issue I’ve had with the Momentums’ connectivity, it’s that they don’t always register when you’ve removed them from your ears and will continue to play whatever you’re listening to (rather than pause it). No big deal. It works most of the time. But there are times when it’s continued to play even inside the charging case and I’ve not realised until a fair stint after. This, of course, does a number on the battery (which isn’t too crash hot in the first place). In my experience, the Sony WF-1000XM3s do a much better job of identifying when they’ve been removed.

If there’s any criticism against the Momentum TW’s controls, it’s that they can be a tad sensitive at times. The worst of it is accidentally bumping the right bud and activating voice control, otherwise, a single tap on the left will pause and play whatever you’re listening to and everything else is controlled via double-taps and holding down (skip forward/back and volume controls).

It’s incredibly intuitive, and if you ever need a refresher, there’s a helpful guide in the Smart Control app.

When it comes to audio quality, for both music and calls, the Momentum TWs are best in class alongside Sony’s WF-1000XM3. There’s a level of detail in the music playback that I don’t think any other buds manage; I’ve found immersing myself in Thom York’s ANIMA and No Mono’s Islands Part 2 a pretty magical experience with the Momentums and I’m not typically one to gush over audio quality.

Bassier tracks handle just fine too and there’s the benefit of having Smart Control’s super simple equaliser controls to find the right balance, but for me personally, the Momentum TWs perform best with more delicate tunes.

There’s no active noise cancelling per se but rather ambient noise reduction and what Sennheiser calls “transparent hearing” - so the silicon tips handle most of the noise-cancelling while the two external pickup mics absorb the conversations and bicycle bells around you. It’s a good safety feature to have when you’re walking the mean streets of Crows Nest or trying to eavesdrop on an argument on the bus.

What could be better?

Battery life: Not the most reliable battery

There is one thing that’s going to turn some people off the premium price tag: the average battery life. Sennheiser claims you’ll get about 4 hours out of a single charge and about 8 hours out of the charging case. That’s fairly consistent with what we’ve managed to milk from it. Except when, as mentioned, the earbuds continue to play in the charging case and bleed battery. That can be irritating if you forget to put them on charge overnight.

I’ve begun keeping a pair of wired headphones in my backpack just in case. I haven’t really had that concern with any other true wireless headphones.

It’s not unmanageable but it’s not even in the same league as the Sony WF-1000XM3 which boasts a 24-hour battery life.

Sony’s true wireless earbuds have served me well on my last few trips. I wouldn’t count on Sennheiser’s Momentums to get me as far. 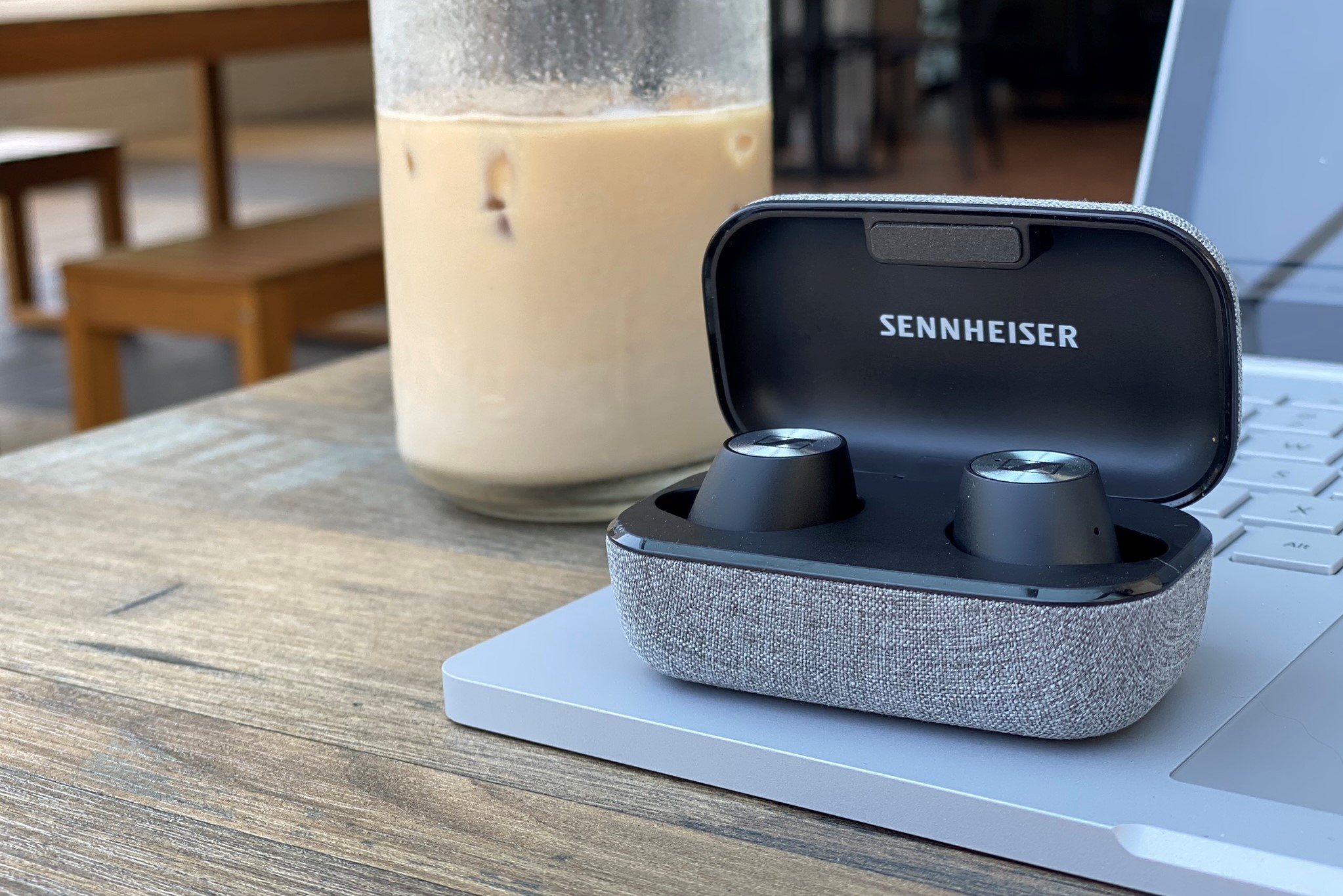 The other feature you’re missing out on with the Momentum TWs is active noise cancellation. Sony’s cheaper buds are the unrivalled champ when it comes to true wireless noise cancellation and the Momentum TWs simply don’t have that feature. That’s going to be another consideration for anyone looking to spend an additional $100 on Sennheiser’s buds, especially if you’re a big commuter or work in a crowded office.

To be honest, I hardly missed the active noise cancellation after switching to the Momentum TWs as their noise-suppressant tips do a stand-up job of filtering out background noise.

Plus, the transparent hearing feature is a fancy trade-off. As mentioned above, the Momentum TWs have two pickup mics on each bud that feed ambient noise, like conversations and traffic, into your ears when activated via the app or by double-tapping the right earbud.