Rakuten Kobo has been in the ereader game for a long time now (over a decade, in fact), but today, a new announcement suggests they're branching out into bigger things. Literally.

The Kobo Elipsa sports a massive 10.3-inch E Ink touchscreen and comes with a Kobo Stylus, enabling users to take notes, and annotate eBooks and PDFs. If the concept sounds familiar, that's because the reMarkable, which offers similar features, has been around since 2015. Designed for students, professionals and academics, these larger annotatable tablets allow for easier reading of technical documents and textbooks, providing extra room around the margins for markup. 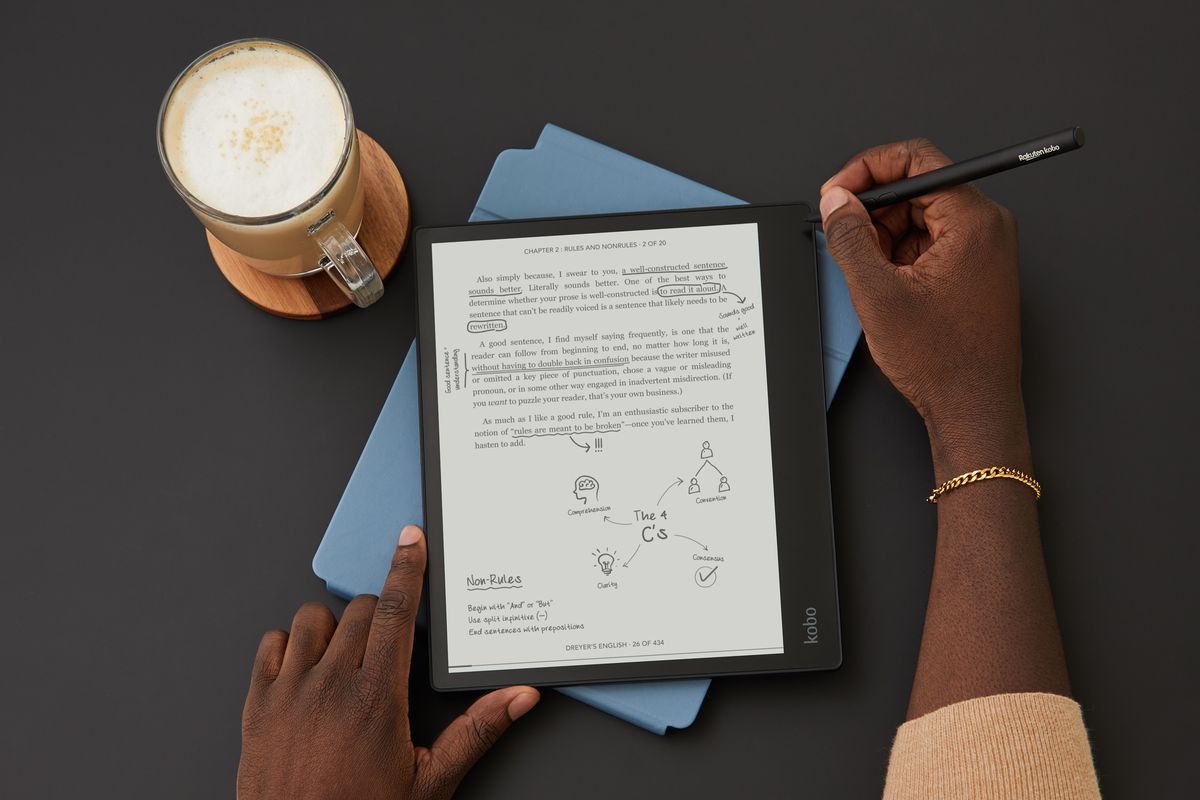 Design-wise, the Kobo Elipsa looks similar to the 8-inch Kobo Forma (Kobo's formerly top-of-the-range ereader), albeit with a larger screen. Interestingly, the Elipsa has a slightly smaller screen resolution (1404 x 1872, 227ppi) than the Forma (1440 x 1920, 300ppi), but it's still on par with the display found on its main competitor, the reMarkable 2.

Under the hood, you'll find a zippy 1.8 GHz quad-core processor with 1GB of RAM and 32GB of onboard storage. These specs are particularly useful considering that, unlike the reMarkable 2, the Kobo Elipsa is still an ereader at heart, and as such, has access to the Kobo eBookstore, OverDrive (for borrowing library books) and everything else we love about Kobo's software. It's also integrated with Dropbox, so importing and exporting documents should be a breeze.

The Kobo Elipsa costs $599.95 in Australia, but for your money, you get more than just the ereader itself. It comes as a package with the Kobo Stylus and Kobo SleepCover, which also functions as a stand and Stylus holder.

At the time of writing, it's only available for pre-order through Kobo's own website, but given every other model can be found on Booktopia and other online retailers, we'd wager it'll become more widely available closer to the release date.

If you're keen to get your hands on the Elipsa, you won't have long to wait. It's available for pre-order right now, shipping out from June 24.