Nanoleaf Lines Squared review: Or how I made the most boring Nanoleaf setup in the history of smart lighting

No RGB for me.

Thanks to being a little more subtle than the typical Nanoleaf smart light, I've found the Lines Squared a surprisingly practical addition to my office.

Can be surprisingly subtle

Compatible across most smart home ecosystems

Physical setup can be finicky

Many of my friends and colleagues have had Nanoleaf wall lights for years and are big fans, but most of the products haven't really suited my aesthetic. While I get the appeal, most Nanoleaf lights feel like they're designed to be a feature, to really stand out in your home. Almost like an artwork or installation.

That's not quite my vibe. If I'm going to have something taking up space on a wall, it's going to be art, not illuminated hexagons.

The Nanoleaf Lines Squared have converted me, however. They're Nanoleaf's simplest take on wall-mounted smart lighting to date. As the name suggests, the Lines Squared are LED bars you can join at 90-degree angles.

While there's still plenty of flexibility to create interesting installations with the Lines Squared, they've allowed me to create what's potentially the most boring Nanoleaf setup in the history of smart lightning: an inverted L above my desk that's predominantly used for varying temperatures of white light.

It's the antithesis to the "taste the rainbow" setups you see in Nanoleaf marketing photos, but it's one I've found surprisingly practical. 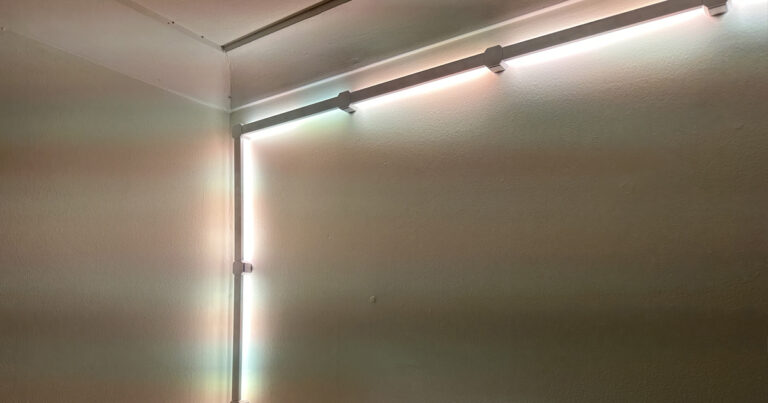 How much do the Nanoleaf Lines Squared cost in Australia?

A Nanoleaf Lines Squared starter pack will set you back $229.99. This includes four lines to build your setup with. An expansion pack with three additional Lines sells for $99. You can have up to 18 lines powered by a single power supply. 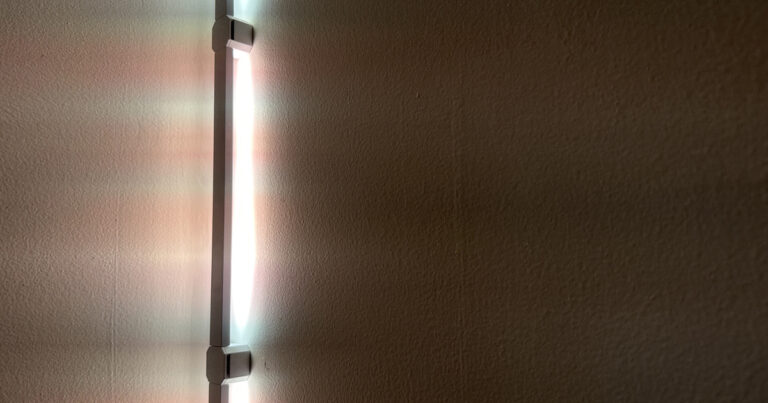 As aforementioned, by Nanoleaf Lines setup leans toward the pragmatic. The set of nine Lines creates enough ambient light to make my workspace that little bit brighter without the need to turn overhead lighting. Since they're backlit, the effect is also quite subtle; it doesn't get in my face while I work.

You, of course, can make your Lines whatever colour you want. Each individual Line can be two separate colours - a different colour on the left and right or top and bottom, depending on orientation - and you can even create animated patterns or set them up to pulse to music. There's all but endless possibilities for cultivating your own vibe.

You'll need the Nanoleaf app for most of this functionality, but the Lines also integrate with HomeKit, Google Home, Alexa, and SmartThings. You can even control your Lines directly through Apple's Home app, but you'll only have access to limited functionality. The Lines support Thread, and also act as a Thread border router. 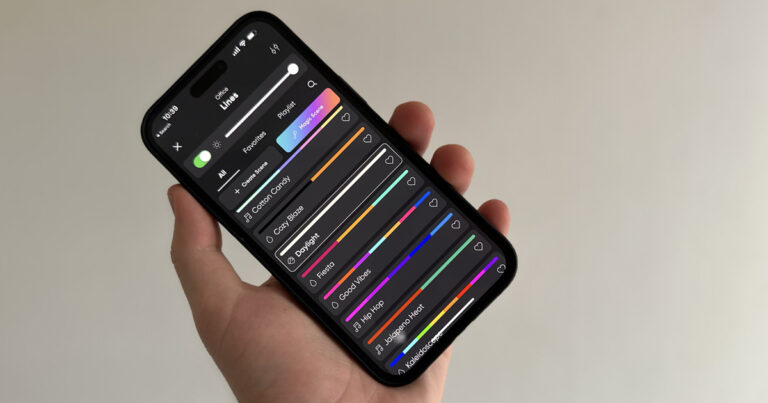 When it comes to setup, the physical element of mounting the Lines can be a little finicky. The Lines feel flimsy when you're snapping them into connectors and there's a surprising amount of wobble. At the same time, this stops being an issue after you've got stuck them onto a wall.

This is done using adhesive on the back of each connector. The adhesive is rather strong, so definitely measure twice, stick once. The tool-free install makes the Lines renter-friendly, but you could always run the risk of stripping a little bit of paint when you take them off.

On the software front, setup was a simple affair. You simply enter a pairing code in the Nanoleaf app (or the Apple Home app, if you'd prefer) and you're all ready to go. It should be a painless process.

Are the Nanoleaf Lines Squared worth buying? 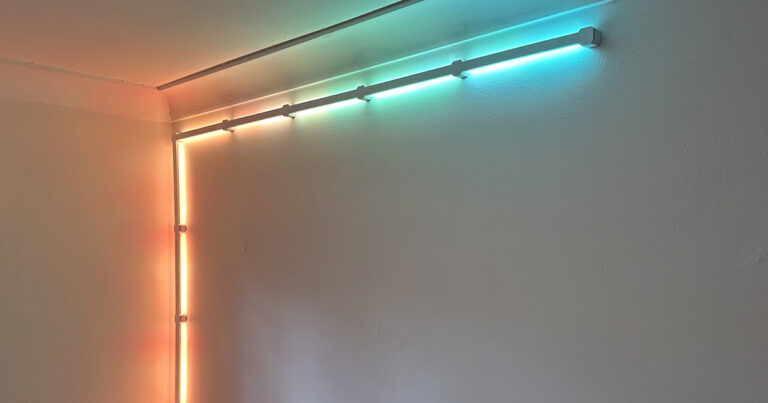 As I've written in other smart lighting reviews, whether the Nanoleaf Lines Squared are worth it depends on how much you value an aesthetic.

I've come to really enjoy my inverted L, and I may even buy an extra expansion pack to extend the length of my desk. It's an elegant solution that doesn't take up any extra space on my desk, doesn't interfere with my partner who prefers the room darker, and didn't require professional installation.

It's a surprisingly practical bit of smart lighting. And hey, I can always make it less boring with pretty colours if I'm in the mood.