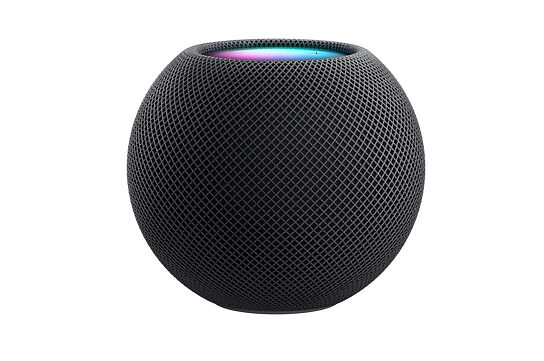 Apple’s budget-friendly smart speaker may be small in size, but it’s big on features and audio quality. While available integrated music services are somewhat limited, it’s still a fantastic buy, and for those looking for a smart home assistant, you just can’t beat Siri.

The Apple HomePod was first launched in January 2018, but it wasn’t until almost two years later that we were finally introduced to its little sibling, the HomePod Mini. It marked a more affordable entry into the Apple Home ecosystem, with a sale price of more than $300 less than the original HomePod. But how does it stack up in terms of sound quality, features and performance?

One of Apple’s most affordable gadgets.

Let’s be real, Apple isn’t known for making the cheapest tech in the world, so when the HomePod Mini was announced, you’d be forgiven for thinking it would be far beyond the price of, say, an Amazon Echo Dot. Thankfully, in the HomePod Mini, Apple have created one of their best value devices yet.

At an RRP of just $149, that brings it into line with the Google Nest Audio and Amazon Echo, however it’s still a good $50-$75 more expensive than the Google Nest Mini and Amazon Echo Dot, which both retail for $79. It’s something to keep in mind if you’re in a budget, but if you’ve got mostly Apple devices already, there’s a strong argument for keeping it in the family.

Big sound in a small body.

The HomePod Mini is a pretty tiny thing. I was sceptical about what the sound quality would be like, given the speaker is about the size of a pomegranate, but the HomePod Mini was a really pleasant surprise.

I tested two HomePod Minis together - I put one in my study, and the other in my much larger living room. Despite the massive difference in the sizes of the rooms, neither speaker had an issue reaching every nook and cranny thanks to its 360-degree acoustic waveguide. It’s also home to Apple’s S5 chip, which, according to the tech giant, enables computational audio to deliver balanced sound at any volume.

Sounds fancy, but what does it mean in practice? In my experience, it meant crisp audio with solid bass throughout the room and almost nonexistent distortion at high volumes. Not bad at all for a speaker of the HomePod Mini’s small stature.

The HomePod Mini takes many design cues from its big bro, but is packed into a much smaller spherical package. Think it looks familiar? When the HomePod was first announced, Twitter was abuzz with comparisons to, of all things, foam mesh fruit packaging. 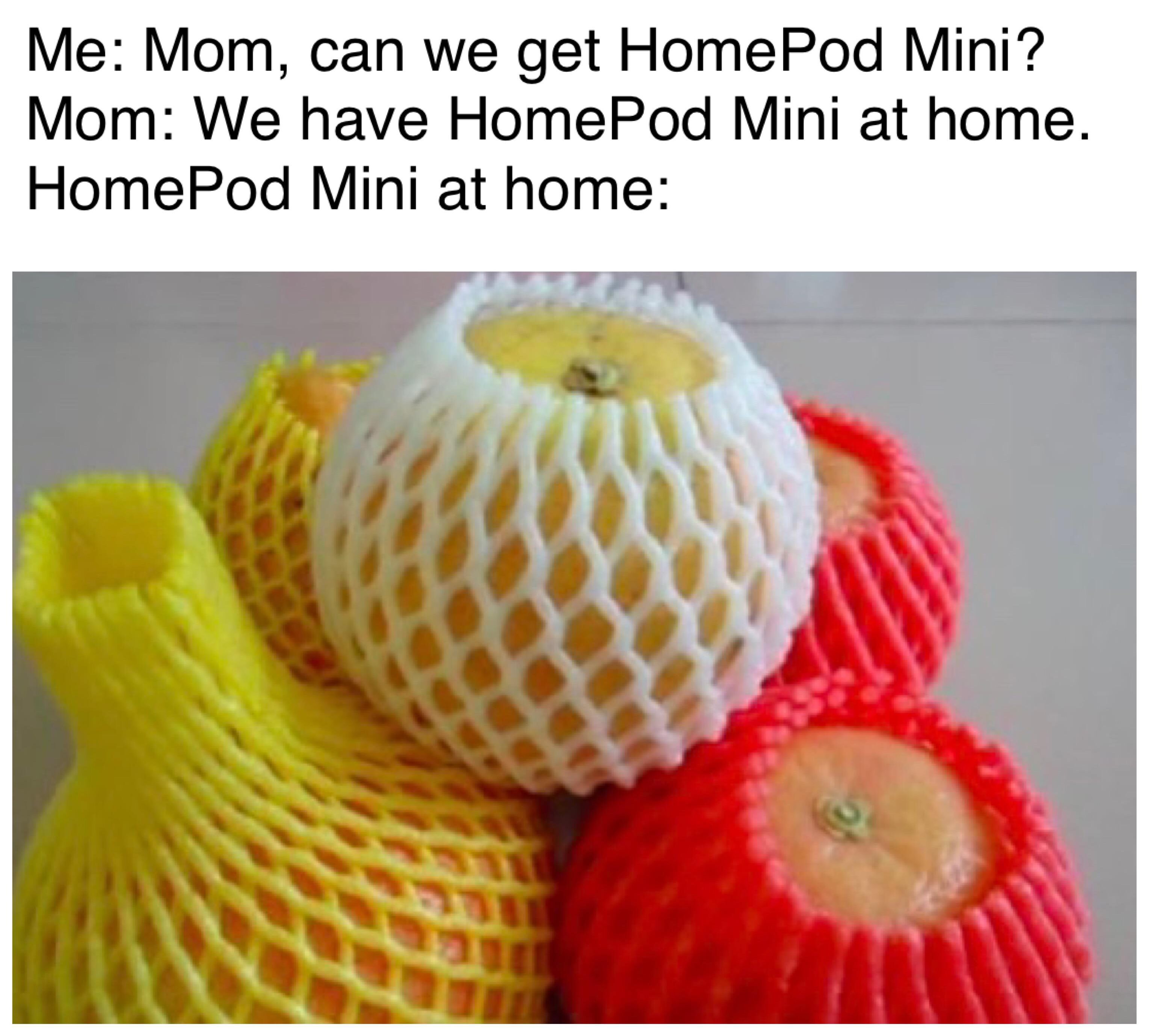 Memes (and fruit-like appearance) aside, the HomePod Mini’s design is perfectly suited for its function and price point. It comes in two colours: White, and the less fruit-looking of the two, Space Grey. The spherical shape lends itself perfectly to the speaker dispersing sound equally throughout the space in which it’s placed. 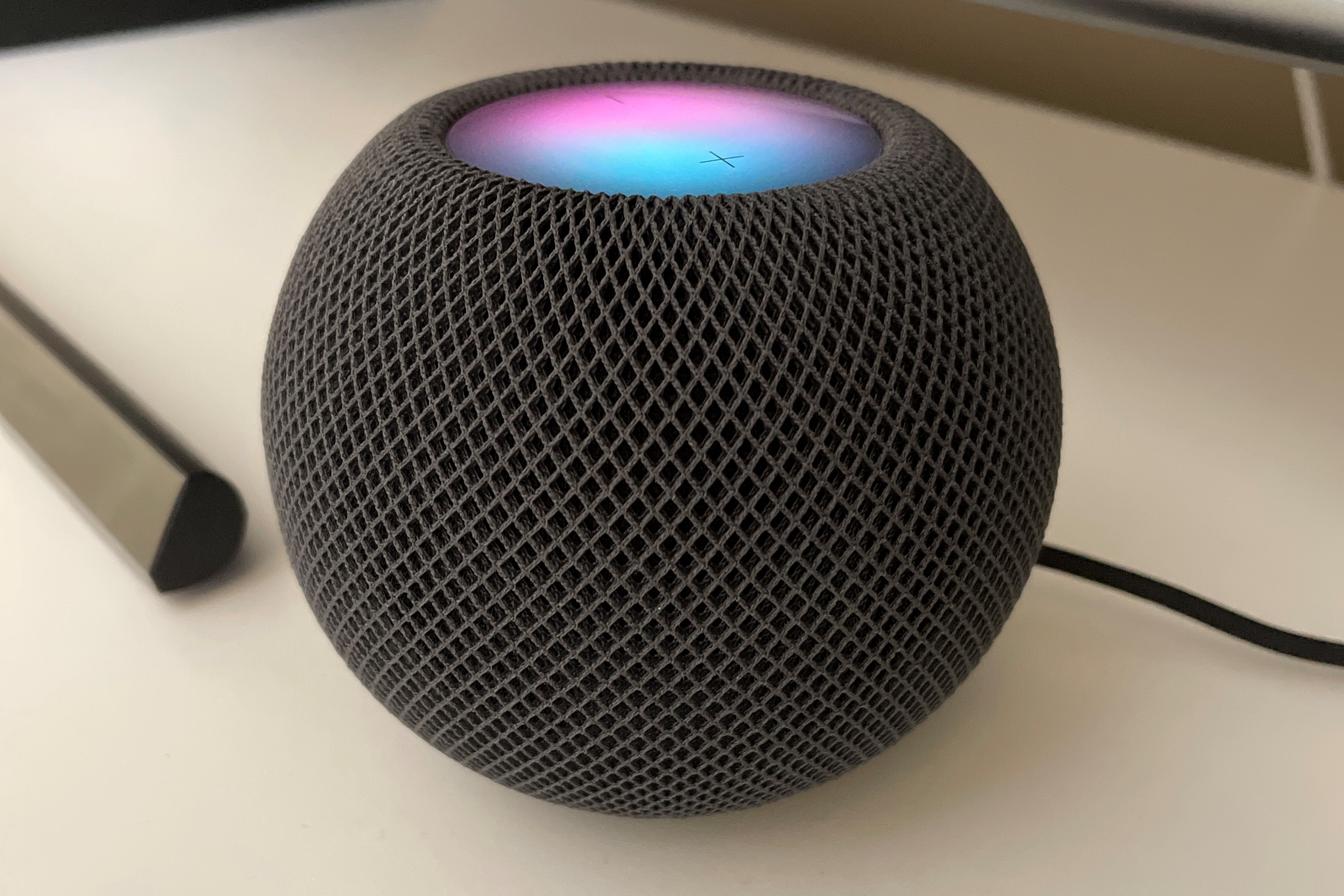 At the top of the HomePod Mini, you’ll see a multi-function touch display. Of course, you can always ask Siri to do your bidding, but if you’re feeling antisocial, you can control your music through either this display or your phone.

Siri’s been around for a while now (almost a decade, in fact), but like us mere mortals, she changes, grows and learns over time. As a result, the Siri you’ll find on the HomePod Mini is more intelligent than ever.

Siri can differentiate between each member of the household’s voice, and will only respond to personal requests, like reading messages, making calls and checking your calendar if it’s sure it’s you making the request. It also means everything else - like music, for instance, is tailored specifically towards each person. My partner and I would ask Siri to “play some music”, and his playlist would be completely different to my own.

You can also ask Siri to check the weather, set timers, alarms and reminders, look up pictures (which will open a browser on your phone), translate words and phrases in other languages, and even control compatible smart accessories like light bulbs, security cameras, smart power outlets, doorbells and more.

Friendship ended with yelling across the house, now Intercom is my best friend.

By far and away my favourite feature of the HomePod Mini (also found on the O.G. HomePod) is Intercom. It’s exactly what it sounds like - you can place multiple HomePods around in different rooms and speak to one or all of them at once. All you have to do is say, “Hey Siri, Intercom, dinner’s ready” and your message will play on every HomePod (and even iPhones and Apple Watches on the same network). You can even Intercom your home when you’re out. Simply say to your iPhone or Smart Watch, “Hey Siri, Intercom, does anyone need anything while I’m out?” Has this feature made me lazier? Heck yes. Has it also made my life easier? You bet it has.

Another benefit of having two or more HomePods is the ability to create stereo sound. By having two on different sides of the same room, you can create an immersive surround sound effect. Or, you can keep them in separate rooms, and as you’re moving from one to the other, say “Hey Siri, play this in the [insert room here]”. Unfortunately, if you're only investing in one HomePod Mini, you'll miss out on both these features, as well as Intercom.

Another let down with the HomePod Mini is its limited support for third-party music services. Apple Music will work just fine, as will radio stations through TuneIn and iHeartRadio, but if you're subscribed to Spotify, Amazon Music or something else, Siri won't be able to help you out. You'll still be able to use AirPlay to stream your music from your compatible device to your HomePod Mini, but you'll have to use that device to control it. Siri ain't home.

A common concern when it comes to smart speakers and intelligent assistants is that they’re always listening, spying on you and slowly plotting your doom. Well, maybe not quite that last one, but you catch my drift. Thankfully, Apple has a very strict approach when it comes to protecting you and your data.

For one, Siri only listens to you when you say “Hey Siri”, so your private conversations over dinner aren’t being filtered back to The Man. When you do ask Siri something that requires a response from the server, your request is assigned a random, one-time identifier (not your Apple ID), so Silicon Valley will never have to know about all those times you asked Siri to play the High School Musical soundtrack. Hey, no judgement - sometimes you just gotta get your head in the game.

If you’re just dipping your toes into the smart home pool, the Apple HomePod Mini is a great place to start. It’s easy to use, sounds amazing for its small size and packed with useful features. Spotify users will have to live without Siri, and you will need to get more than one to make the most of all the HomePod Mini’s features, but for $149, even one is good value for money.