It appears the concerns lie with the AirTag's accessible button battery compartment. 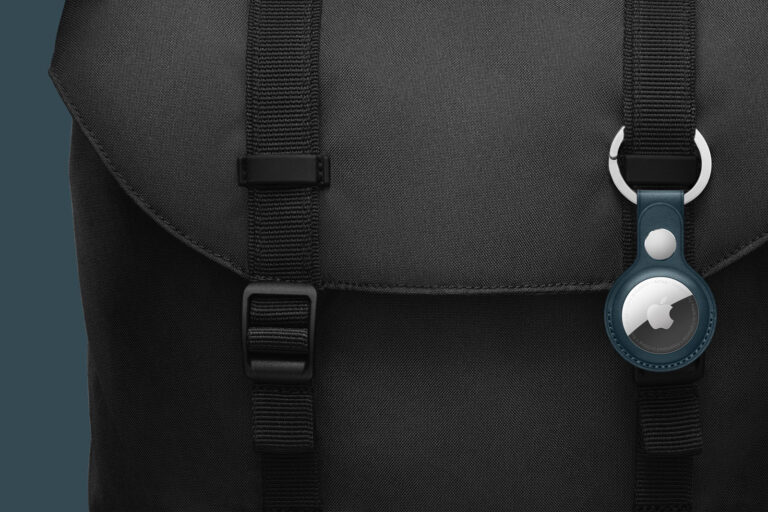 As reported by Gizmodo Australia, Australian retailer Officeworks has suspended sales of the new Apple AirTag tracking device over safety concerns. The story started to swirl on the /r/Australia subreddit (Note: The post has since been removed from /r/australia's moderators) this week when one user attempted to buy an AirTag in-store at a South Australian Officeworks. Since then, the AirTags have been completely removed from the Officeworks website.

Update: It appears the AirTags are no longer available via JB HI-FI's website. It's not clear whether this is related as the product page simply pegs "high demand" as the reason they are unavailable online. 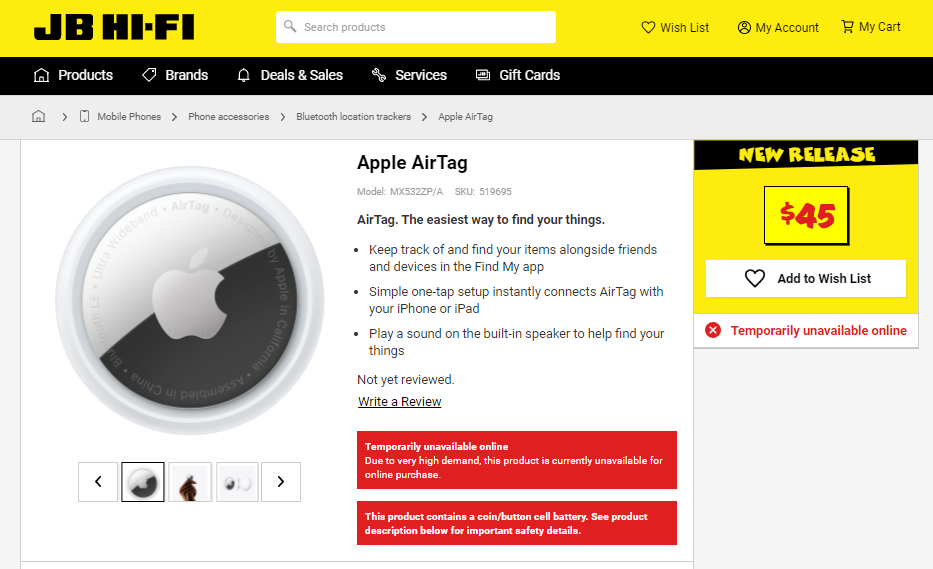 Officeworks hasn't confirmed specifics around the safety concerns but speaking to Gizmodo's Tegan Jones via email, a representative confirmed that the retailer was awaiting guidance from the Australian Competition and Consumer Commission (ACCC) before resuming AirTag sales:

“The product will not be stocked by Officeworks until further guidance is provided from the Australian Competition and Consumer Commission.”

Jones also managed to get a response from both Apple and the ACCC on the matter.

Apple's statement appears to defend the accessible coin battery, which can be easily replaced with a simple push-and-twist mechanism:

“AirTag is designed to meet international child safety standards, including those in Australia, by requiring a two step push-and-turn mechanism to access the user-replaceable battery.”

The ACCC weighed in, confirming that the concern lies with the replaceable battery:

“The ACCC is aware of reports raising concerns about the accessibility of button batteries in the Apple AirTag product.”

In the email to Gizmodo, the ACCC went on to outline the expectations on retailers and suppliers when there are concerns about a product's safety:

“If a supplier finds that a product they supply is unsafe, the ACCC expects the supplier to conduct a voluntary recall to advise consumers of the risk, address the safety issue, or remove the product from the market.”

The story is developing but the AirTags continue to be sold through various Australian retails, including Bing Lee and Harvey Norman and there is no evidence that there have been any injuries related to the sale of AirTag. It seems more likely that this is a precautionary measure from Officeworks, rather than a request from the ACCC.

You can't blame Officeworks for erring on the side of caution either. Any parent of small children would shudder at the sight of the animation below, which demonstrates how easy it is to remove the coin battery from the Apple AirTag. A two-step push and twist system is secure but not impenetrable for curious little tots. Devices that use coin batteries in Australia typically have battery compartments that require a tool to open. They can be fastened with screws or in the case of many watches, pried open with a flathead screwdriver.

As Gizmodo points out, the timing is unfortunate for Apple as the ACCC kicked off a safety campaign around button batteries in late 2020. The official advice from the government's Product Safety page is to avoid buying products with button batteries altogether if you have small children or, alternatively, seeking out products with child-resistant battery compartments (e.g. secured with a screw).

If you've purchased AirTags and are concerned about their safety, refer back to Product Safety Australia's guidelines for storing and disposing of coin batteries as well as steps to take in a choking emergency.

What to do in an emergency

If you suspect your child has swallowed or inserted a button battery, call the Poisons Information Centre immediately on 13 11 26 for 24/7 fast, expert advice. If your child is having any difficulty breathing, contact 000.