Samsung's next foldable phones - presumably the Galaxy Z Flip 4 and Galaxy Z Fold 4 - will hit local shelves on September 2 according to fine print on the Samsung Australia website.

The manufacturer today confirmed it will hold its next phone reveal on August 10 (11pm AEST) and launched a promo offer for those who register their interest ahead of the event. The terms and conditions specifically note a pre-order period running between August 11 and September 1, suggesting that the new devices will be readily available by September 2. 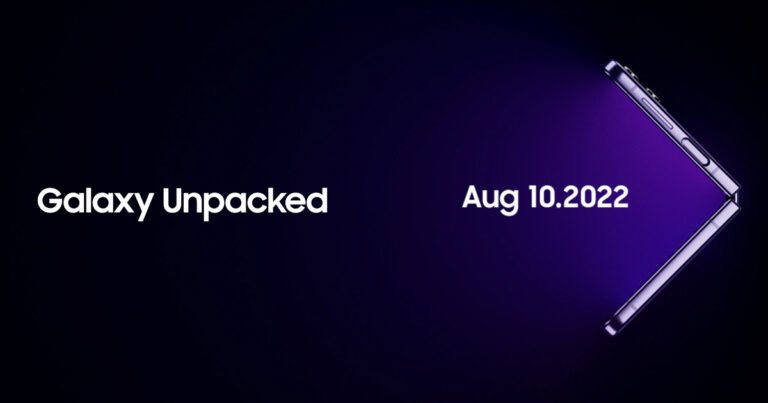 With Samsung Care Plus, you can swap out a device if it breaks for a fee, up to twice in a two-year period. For Samsung foldable phones, you're looking at $299 fee per swap. Considering screen repairs for foldable phones will set you back over $700 in most cases, having the option to swap out the phone isn't the worst perk.

Samsung is also expected to reveal new smartwatches and earbuds as part of its phone reveal event.

The Galaxy Z Flip 4 isn't expected to be too different from its predecessor, but could feature a larger battery. Rumours suggest it will have a 3,700mAh cell, which is a big upgrade from the 3,300mAh capacity in the Galaxy Z Flip 3. In our testing, battery was the Galaxy Z Flip 3's biggest weakness, so this is a welcome improvement.

The Galaxy Z Fold 4 is tipped to feature a slight redesign, taking on an aesthetic similar to the Galaxy S22 Ultra. Similarly, it could feature an integrated S Pen, building on last year's stylus support.