What flavour are Qualcomm chips?

Qualcomm today revealed its latest flagship mobile chipset, the Snapdragon 8 Gen 2. This new processor will end up powering a large chunk of next year's high-end Android phones, with manufacturers including Samsung, OPPO, Motorola, and ASUS all relying on Qualcomm's 8-series chips for their flagship devices. 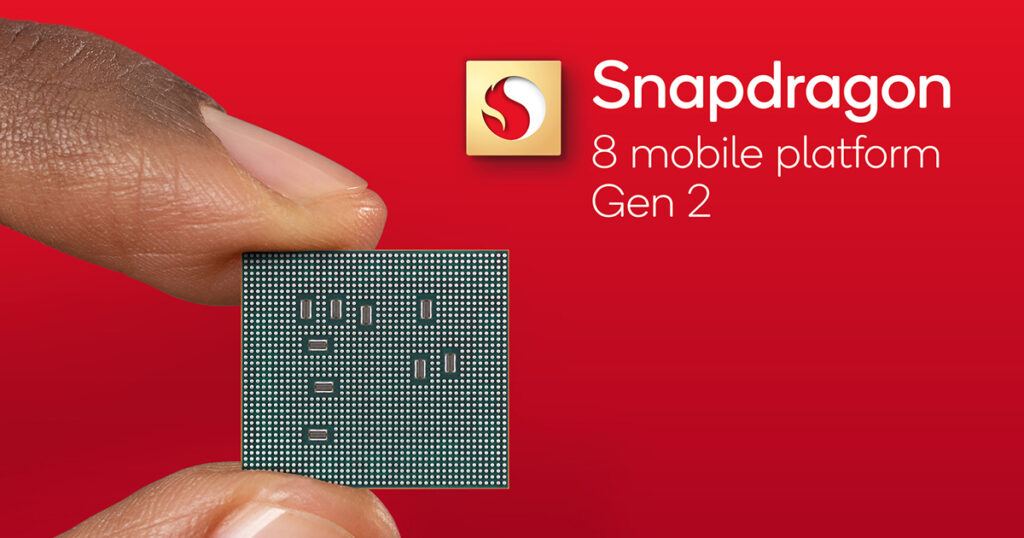 Rather than focusing on pure performance, Qualcomm says the Snapdragon 8 Gen 2's biggest improvements come in areas including artificial intelligence, photography, and connectivity.

To start, Qualcomm says the Snapdragon Gen 2 boats up to 4.35 times faster AI performance when compared to the Gen 1 and a 60% improvement in battery efficiency. The biggest impact of this will be found in natural language processing - when talking to Google Assistant or translation apps, for example - and advanced camera features.

One such feature is semantic segmentation, where the camera is contextually aware of individual elements in a photo - faces, facial features, hair, clothes, and skies, for example - and can optimise and tune each individually.

In addition, Samsung's 200MP ISOCELL HP3 image sensor is optimised for the Snapdragon 8 Gen 2. Rumours have suggested phones in the Galaxy S23 family could feature a 200MP shooter, but we've seen conflicting reports about this. Motorola's Edge 30 Ultra already features a 200MP camera, and the Snapdragon 8 Gen 2 suggests more 200MP phones are on the cards.

Phones powered by the Snapdragon 8 Gen 2 will be able to capture and watch 8K HDR video at 60 frames per second. The processor supports all four HDR standards: HDR Vivid, HDR 10, HDR 10+, and Dolby Vision.

On the connectivity front, the Snapdragon 8 Gen 2 is Qualcomm's first chip to enable the use of two 5G SIMs at once. Qualcomm says artificial intelligence is being used to improve 5G performance, as well as battery.

The Snapdragon 8 Gen 2 also supports WiFi 7. WiFi 7 speeds can theoretically hit over 40Gbps, and the new standard also offers lower latency. You'll also need a WiFi 7 router to take advantage of this functionality. The first WiFi 7 routers are expected to launch in the first quarter of next year. Similarly, Qualcomm says it has doubled Bluetooth range.

The first phones powered by the Snapdragon 8 Gen 2 will launch before the year is up, but it's unclear whether we'll see these devices in Australia.

Disclosure: This author attended Snapdragon Summit as a guest of Qualcomm