Nothing’s first phone has a weird design and great price.

Smartphone startup Nothing is determined to become something big with the debut of its first flagship: the Nothing Phone 1.

Headed up by OnePlus founder Carl Pei, the boutique brand's first foray into the smartphone category (which follows on the arrival of last year's Ear 1 headphones) is built around a 6.55-inch OLED display with a 120Hz adaptive refresh rate and support for HDR10+ colour. This screen comes backed up by Gorilla Glass 5 protection, which can also be found on the back of the device. 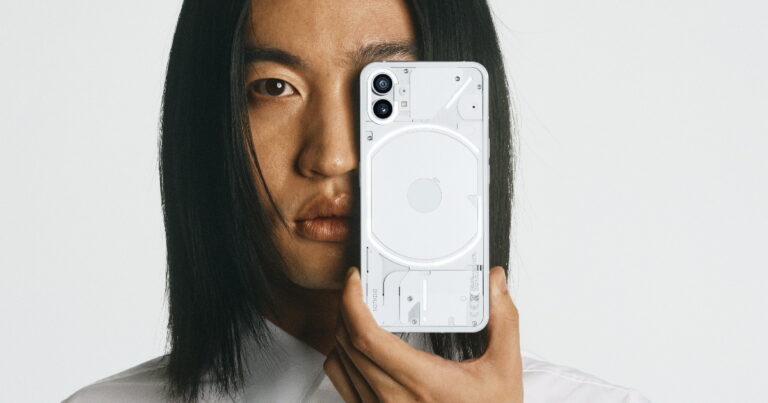 How to buy the Nothing Phone 1 in Australia

If you're hoping to pre-order the Nothing Phone 1, you can do so right now through the Nothing website.

Find where to buy the Nothing Phone 1

While the front of the Nothing Phone 1 doesn't look too different from the average Android device, the eye-catching aesthetics on the reverse side give it a distinct visual character that cuts through the competition.

Nothing's first smartphone looks like nothing else out there, with a semi-transparent design that's vaguely reminiscent of something like an old-school iMac. Lit up by a set of programmable lights called the Glyph Interface, the back of the phone can be customised with unique patterns for calls, notifications and more.

The back of the Nothing Phone 1 also houses the device's dual-lens main camera. The primary lens here boasts a 50MP Sony IMX766 sensor (also found in the recent ROG Phone 6) and an f/1.8 aperture. It comes flanked by a second 50MP Samsung JN1 sensor with an aperture of f/2.2. There's also a 16MP camera (powered by a Sony IMX471 sensor) for selfies.

While the lack of a telephoto lens is likely to limit the level of optical zoom offered here, Nothing maintains that all the usual camera features you'd expect from a modern smartphone will be present and accounted for. The list here includes mainstays like portrait mode, night mode, scene detection, HDR and both 4K and 120FPS slow-motion video capture.

Under the hood, the Nothing Phone 1 comes powered by a Qualcomm Snapdragon 778G+, up to 12GB of RAM, up to 256GB of storage, a 4500mAh battery and a version of Android spliced with Nothing OS skin. Nothing is promising three years of Android software updates for the device and 4 years of bi-monthly security patches.

Nothing says that the Phone 1 will officially go on sale from the 26th of July, though those who pre-ordered early will be getting their devices as soon as the 17th. 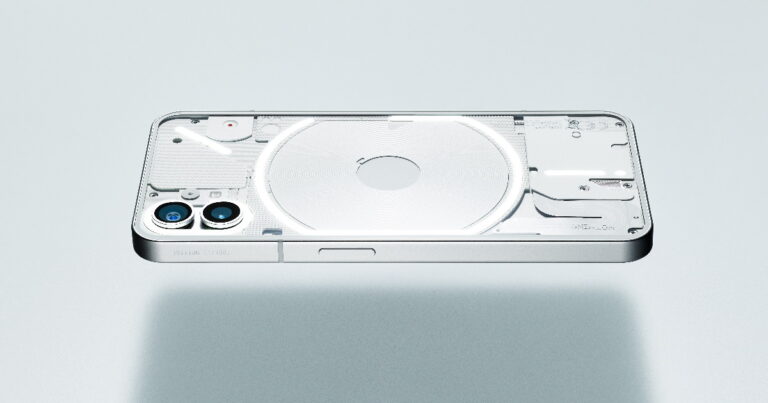 How much does the Nothing Phone 1 cost in Australia?

This storage configuration is only available to those who opt for the Black colour option. If you'd prefer the pearl white looks offered by the alternative, pricing starts at $799 for the 256GB of storage. For both colours, there's also a model priced at $899 that boasts 12GB of RAM and 256GB of storage.

Check out the table for a breakdown of Nothing Phone 1 pricing in Australia:

Last but not least: Aussies looking to pick up the Nothing Phone 1 will have to buy it through the official website rather than a third-party reseller. Unlike the Nothing Ear 1 wireless earbuds, that's the only place the device is available. At least, for now.

At the time of writing, Nothing does not have any local distributor or carrier partnerships in Australia. This means that you will not be able to get it on a plan through a telco like Telstra, Optus or Vodafone.

Instead, you'll need to buy the device outright and then pair it up with a SIM-Only plan. Check out the widget below for a round-up of popular SIM-Only plans.