It's a really good bin.

Bin of the Day 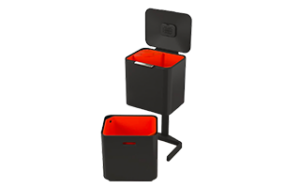 Yes, I know. The concept of a $300 bin is ludicrous. Why spend the equivalent of a budget smartphone or good pair of wireless earbuds on something you just throw trash in?

I thought the same until I came across the Joseph Joseph Totem Max. It's a really well thought out product that looks good, is compact yet spacious, easy to clean, and doesn't smell.

To start, the Totem Max sure can fit a lot of trash. It has a total capacity of 60 litres, split into two 30-litre compartments for separating waste and recycling.

Both compartments have removable tubs that are easy to hook bin liners on. There's even a three-litre food waste caddy with its own lid if you're into composting.

Since the two main compartments are stacked, the Totem Max takes up less floor space than two separate bins. It's naturally far too big to shove under a sink, but at the least, it looks great for a bin.

The Totem Max also does a pretty good job of minimising odour. You can use filters to help, but even without one, the bin barely smells. You get a single filter in the box, and replacing it with Joseph Joseph's proprietary can be a costly affair. There are more affordable third-party options around, however. 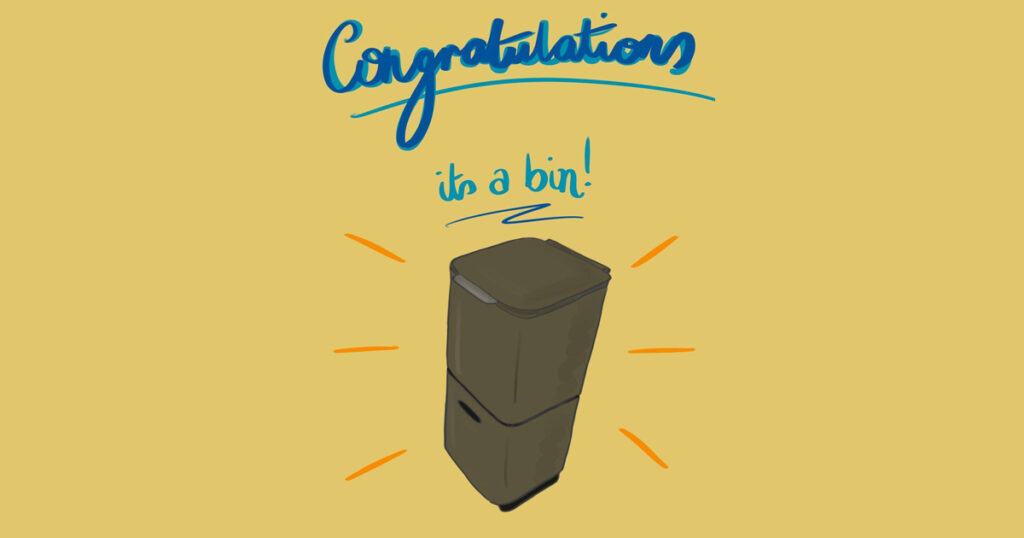 And while I might sound like I've lost my mind recommending a bin this expensive, I'm not the only one. The friend who first pitched me on the Totem Max (the talented McKenzie's Mate Draws) illustrated the above image. What other bin has fan art? Reviews.org AU publisher Joseph Hanlon is also a big fan of the Totem Max, saying "it's the BEST." Emphasis his, not mine.

"It's just a real space saver. We used to dedicate a lot of floor space to rubbish and recycling," said Hanlon.

It's a lot sturdier than plastic bins we've owned in the past."

He may have Joseph bias, but the Totem Max is rated 4.6 stars on Amazon, with 76% five-star ratings. The most compelling is clearly as follows:

"My wife thought I was insane to be drooling over the stacked, shiny neatness of this bin, but we had a serious discussion about it, and I said 'Look, it's shiny - and inside, it's orange!' To which she replied, in an almost caressing whisper, 'Whatever you want, darling'."

The Joseph Joseph Totem Max retails for $399.95, but you can currently get it for $299 on Amazon with free Prime delivery as part of the Prime Day 2022 sales.