The 10th generation Apple iPad boasts an A14 Bionic processor (last seen in the iPhone 12 and iPhone 12 Pro), a newly-minted 10.9-inch liquid retina display, a pair of 12MP cameras, up to 256GB of on-board storage and a USB Type C port used for charging and other accessories. The cellular variant of the new entry-level tablet also has 5G connectivity rather than the 4G found on older models and comes in four colours: blue, pink, silver and yellow.

As far as Apple goes, it's a fairly radical revision on the original iPad that puts it in line with the more recent iPad Air and iPad Mini when it comes to aesthetics. Where its ninth-generation counterpart had an old design and new under-the-hood hardware, this model has both a new looks and better internal specs.

That said, it does come with a few caveats. It's more expensive, and it won't play nice with accessories like the second-generation Apple Pencil. Still, Apple’s senior vice president of Worldwide Marketing Greg Joswiak talked up the tablet as a complete redesign for the device that sits at the bottom-end of the company's latest iPad roster.

Apple is taking preorders for the refreshed iPad from today ahead of an October 26 launch. 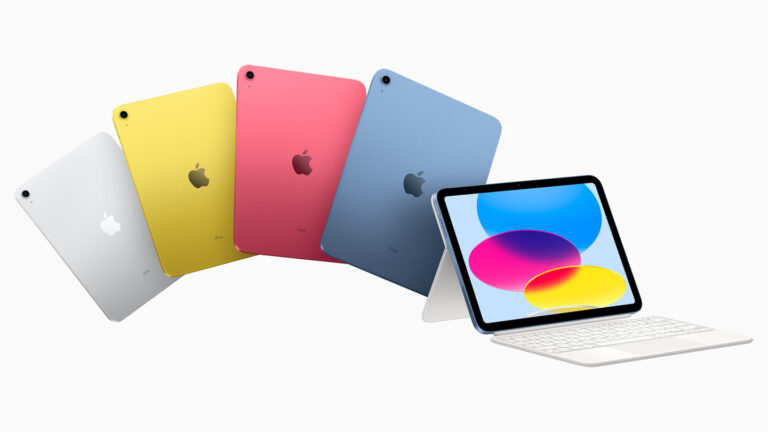 How much does the new iPad cost in Australia?

In Australia, pricing for the new iPad starts at $749 for the basic model with 64GB of on-board storage.

If you're after more storage or the model with 5G connectivity, you're looking at spending a minimum of $999. Those who want both cellular connectivity and the maximum amount of storage at looking at $1,249.