Large and in charge.

Dyson today announced the Gen5detect Absolute, its latest top-end stick vacuum. While it's packed with a whole host of improvements, a clear standout is improved battery life. 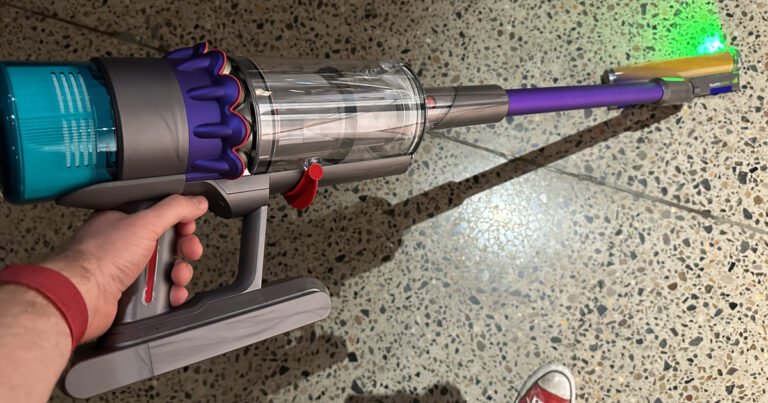 In addition to better battery life, the Gen5detect is the first Dyson vacuum to feature the manufacturer's fifth generation motor. This spins at 135,000 rpm and provides 262 air watts of suction. This makes it capable of capturing microscopic particles as small as 0.1 microns. Diesel soot measures in at 0.1 microns. For comparison, bacteria is 0.3 microns, while pet dander is a single micron.

The Gen5detect has a few other practical features such as an integrated crevice tool (so you don't need to carry around two brushes to get into smaller spaces, pictured below) and twice as much illumination on the Fluffy Optic cleaner head (to make it easier to see how much dusty is on the floor). Dyson has also moved to single button control for continuous cleaning, instead of a trigger. 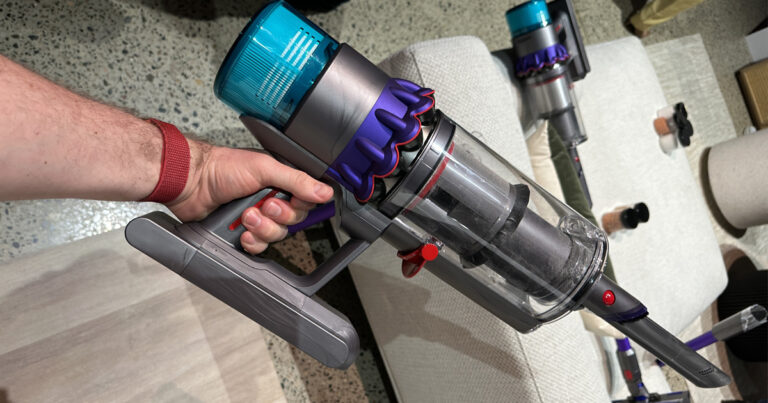 Lastly, the user interface on the vacuum has been redesigned to give you real-time information about how clean a surface is. Bars on the LCD screen rise and fall depending according to the volume of particles being removed as you vacuum, so you know when to spend more time cleaning and when to move on.

The Gen5detect is available from today, retailing for $1,499.