The new Boost Trade-in app offers a new way to make some quick cash on your old tech. 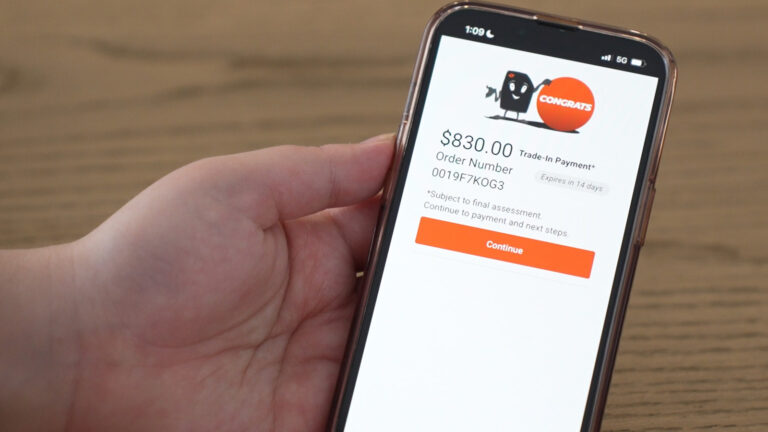 Boost Mobile has launched the Boost Trade-in app, a new way for Australians to sell off their old smartphones and tablets. Available via the App Store (iOS) and Play Store (Android), the Boost trade-in app will run a series of tests on the device it’s installed before giving you a dollar-value offer for your device.

78% of Australians have at least one unused smartphone in their home.

According to research conducted by Boost Mobile, 78% of Australians have at least one unused smartphone in their home.

Privacy concerns, convenience and lack of perceived value were among the main reasons that Australians are so hesitant to part with their preloved technology.

Boost’s Trade-in app aims to remove those barriers by offering an instant appraisal straight from your device. Boost will even give you a certificate of “data destruction” upon request so you know your data is safe.

A glance at the list of Boost’s offers shows that you’ll get a decent chunk less for your tech than if you sold it yourself. The going rate for a pre-owned iPhone 13 Pro Max 1TB on eBay seems to be around $1,700, whereas Boost is only offering $1,050.

But if you want to avoid dealing with Facebook Marketplace or eBay, it’s a super convenient way to get some cash back on your old tech before upgrading to something new.

How does Boost trade-in work?

To see how much Boost will pay you for your smartphone or tablet, download the app from the App Store or Google Play on the device you want to trade in. You must do it from your old device, as the Boost Trade-In app will only tell you the value of the device you’re using it on.

Once downloaded, the Boost Trade-in app will run a series of tests to decide whether your smartphone is eligible for trade-in. Firstly, the app checks to see if your device model is eligible. For example, when we tested the app with the iPhone 14 Pro, the app returned a message that deemed it ineligible (it is a very new phone, after all).

If your phone is eligible for trade-in, the app will give you a dollar value for trade-in after running these tests:

If your phone passes those tests, and you accept Boost’s trade-in offer, the next step is to head into an Australia Post Office and ship it off to Alegre (Boost’s refurbished specialist partner) for further inspection and testing. The app will give you a prepaid shipping label that can be printed out, or simply scanned at Australia Post, so you won’t be asked to pay any shipping fees.

Once the physical tests have been completed at Alegre, you should receive payment to your nominated bank or PayPal account within 24 hours or so. 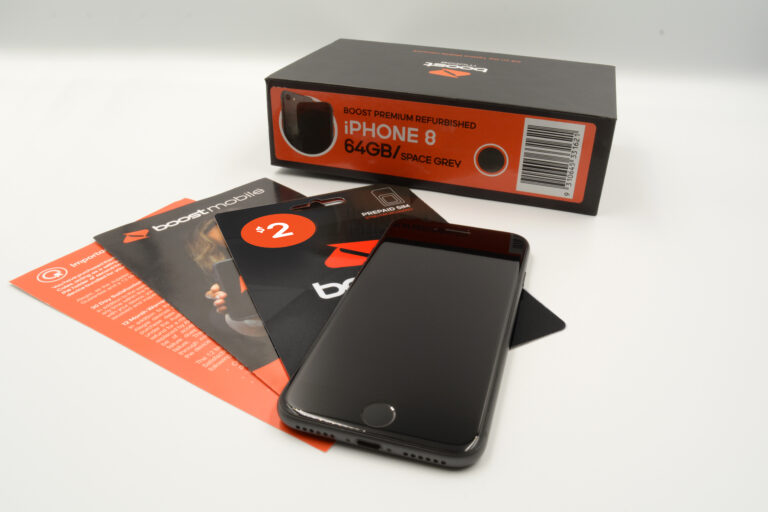 Is Boost’s trade-in program worth it?

As we mentioned above, you won’t make quite as much money on your device as you would if you sold it privately but there’s a lot to be said for the convenience offered by refurbished services like Boost’s Trade-in app.

With that said, there are plenty of other sites in Australia that will buy your old smartphone or tablet. So how do Boost’s offers compare?

As you can see, Boost’s trade-in deals aren’t always the best offer available but it doesn't work on a sliding scale of device condition like other refurbished phone providers either. Boost asks that your device be in 'good' condition before sending it off, but doesn’t offer any specific guidelines for what it considers good condition.

Which smartphones and tablets will Boost buy?

The Boost Trade-in program accepts Apple iPhone and iPad devices, Samsung Galaxy phones and tablets, Google Pixel phones and Huawei phones. They might not net you much, but Boost will accept phones as old as the iPhone 7 (2016), Galaxy S8 (2017) and the Google Pixel 3 (2018).

While most of the big brands can be traded in, the increasingly popular Android brand OPPO is one notable exception missing from the list of devices. Smaller brands like realme, Motorola and TCL are also ineligible.

Here’s a short list of trade-in prices offered by Boost:

Of course, if you haven't already organised a new smartphone to replace your old one, that should be your first step before shipping off your old device.

Buying a refurbished phone is not only a good way to save some money but it's also an environmentally friendly way to continue the cycle of reusing and recycling old tech.

But if you're specifically trading in so you can get the latest and greatest smartphone, you can always get one on a plan.

Below are this week's most popular mobile phone plans that can be paired with a handset.