Belong wants your next iPhone to be an old iPhone

Belong are ready to go beyond mobile and NBN plans.

Telstra-owned MVNO Belong is getting into the hardware half of the mobile provider equation.

Launched in partnership with Kingfisher earlier this week, Belong's new Second Life Shop offers both refurbished iPhones and Samsung Galaxy smartphones that are designed to complement the provider's range of mobile plans.

While you can't get them on a traditional repayment plan, Belong's roster of refurbished iPhones all come with a a 12 month warranty and a SIM card loaded with $80 of credit. The latter can be used towards any of Belong's three postpaid mobile plans, so you're potentially getting as many as the first three months-worth of phone bills covered with the purchase of a given device.

If that's of interest, you might want to check out the widget below for a quick round-up of Belong's current postpaid plans:

According to Belong's head of product and marketing Aaliah Eggins-Bryson, the new branch of Belong's business aligns with its existing emphasis on sustainability.

Citing internal data, she said that refurbished devices are increasingly of interest to younger and environmentally conscious consumers.

Belong's research also suggested that more than 54 per cent of Australians of all ages were willing to delay the purchase of a new phone or hold onto their existing device longer out of environmental concerns.

“This tells us that consumers, particularly younger Australians, are open to changing their purchasing behaviour and that the most sustainable phone is often one that already exists," she said.

Nevertheless, what consumers are gaining in value and peace of mind comes at a cost to choice. The range of devices on offer via the Belong Second Life Store is more limited than what you'll find at both carrier-agnostic retailers like Amazon and major carriers like Optus.

At the time of writing, Belong's refurbished device reseller stocks the following:

Belong say that all their refurbished devices "are 100% fully functional and arrive with a minimum of 80% battery health."

At the time of writing, the only two other MVNOs on the Telstra network offer refurbished devices: numobile and Boost Mobile.

Some of the devices on Boost's alternative to Belong's Second Hand Shop (called The Refurb Shop) are slightly cheaper, but only come with $30 prepaid SIM rather than $80 of credit.

If you're weighing up between these three Telstra MVNOs, you may want to check out the widget below for a quick and concise comparison of Boost Mobile, numobile and Belong's mobile plans. 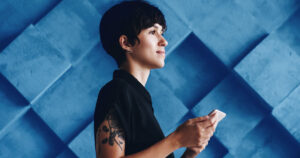 By
Alex Choros
Are Telstra’s new family mobile bundles any good?
Telstra has new family bundle plans, but are they any good?