The ASUS Zenfone 9 brings back the headphone jack

ASUS' latest smartphone is a people-pleaser.

Buying a flagship smartphone with better features usually means buying one with a bigger screen, but ASUS' newly-minted Zenfone 9 throws that convention to the wind.

Built around a smaller 5.9-inch OLED display clocked at 120Hz, the Zenfone 9 serves up many of the same specs and tricks you'll find in other devices of this caliber in a more compact package.

Under the hood, the ASUS Zenfone 9 comes powered by Qualcomm's latest Snapdragon 8+ Gen 1 processor. It's also armed with a 4300mAh battery, 8GB of RAM, 128GB of on-board storage and an IP68 rating for water and dust resistance.

Meanwhile, the back of ASUS' latest flagship boasts a bold camera setup that eschews the "more-the-merrier" approach to smartphone cameras seen elsewhere. Instead of three or four lenses in the mix, the Zenfone 9 relies on just two.

The main one promises to make the most of a 50-megapixel sensor and a f/1.9 aperture via a 6-axis hybrid gimbal OIS/EIS stabilizer that ASUS say will enable the Zenfone 9 to offer "super-sharp" and "shake-free" results. The core idea here is that by reducing camera shake, ASUS are able to cut down on the amount of noise that's usually found with smartphone cameras like this one and produce better end results, even in low-light situations.

This comes complemented by a second 12-megapixel ultrawide lens and a 12-megapixel selfie camera found on the front side of the device.

All in all, ASUS' latest non-gaming flagship seems well positioned to move in on an audience that mainstays like Apple, Samsung and even Google seem less and less interested in catering towards. As for whether it delivers on that ambition, we'll have to wait and see what a full review of the device turns up. 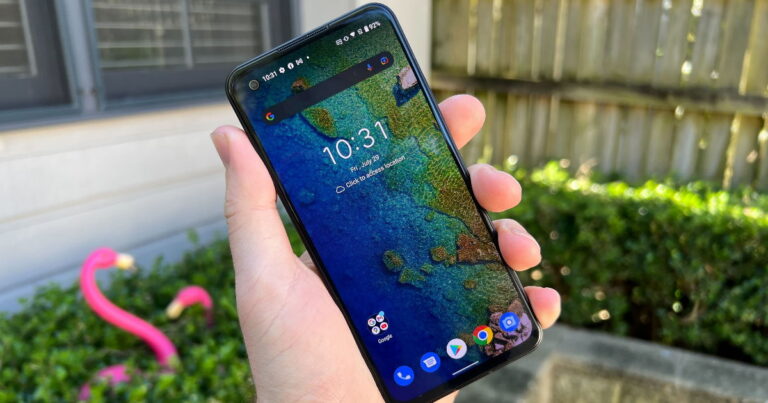 How much will the ASUS Zenfone 9 cost in Australia?

ASUS' Australian representatives have confirmed to us that the ASUS Zenfone 9 is set to come to Australia sooner rather than later, but local pricing and exact availability are not yet known. Stay tuned.

Given that previous Zenfone devices have gone straight to retail rather than reach consumers via carriers like Telstra, it's safe to expect that story to repeat itself with this new device. If that proves to be the case, then those looking to pick up the new Zenfone 9 will have to pair it with a SIM-only plan. You can check out the widget below for a round-up of some of the most popular options currently on offer.