ASUS’ new foldable laptop is so cool it makes me mad

ASUS' latest laptop is an all-in-one with an OLED screen.

ASUS' latest lot of OLED-laced laptop PCs all look great in action, but only one looks so cool it makes me legitimately mad.

The ASUS Zenbook 17 Fold OLED doesn't have an Australian price or availability yet. However, it does have a 17.3-inch foldable screen and a set of nifty accessories that allow it to be used as a compact clamshell or a desktop-bound all-in-one depending on the situation. Folded and paired with a wireless keyboard that sits atop the lower half of the display, you could easily mistake this thing for a 12.5-inch ultrabook.

The overall design here isn't terribly different from what Lenovo is offering with the ThinkPad X1 Fold, but the inclusion of accessories that naturally complement the flexible display tech involved make for a much more tantalising prospect. After laying eyes on this one earlier in the week, I can't stop thinking about what it could do when paired up with my eGPU.

Under the hood, the ASUS Zenbook 17 Fold OLED comes armed with an Intel Core i7-1250U with Iris Xe graphics, 16GB of RAM, 1TB of SSD storage and a 75wHr battery. The screen here is noticeably glossier than non-bendable alternatives, but it does come with many of the same bells and whistles like 100% DCI-P3 colour gamut accuracy and a 0.2ms response time.

The main catch here (aside from the undisclosed price tag) is that Zenbook 17 Fold OLED doesn't give you that many ports to work with you. There's a Thunderbolt 4 USB Type-C slot on either side and a headphone jack, but that's it.

The durability is another open-ended question. As someone who has spent a fair amount of time messing with foldable devices at this point, I will say that I found the build quality to be felt surprisingly robust at first blush. ASUS claims that the hinge on the Zenbook 17 Fold OLED is good for around 30,000 folds, but we'll have to see how the final product fares in action. 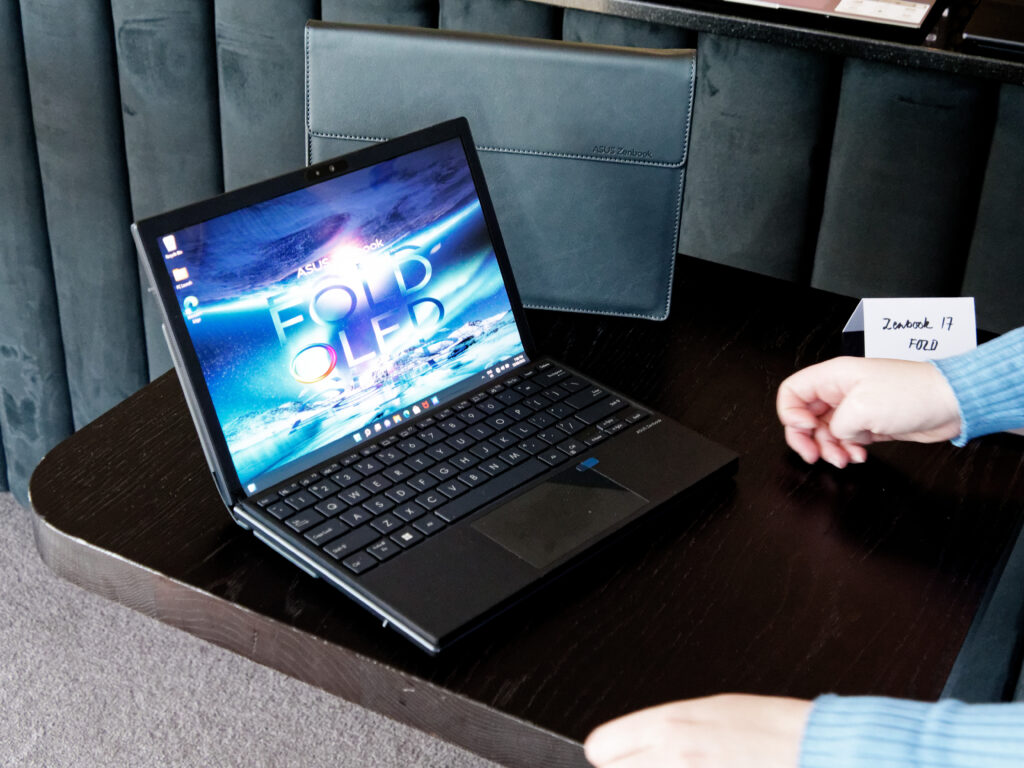 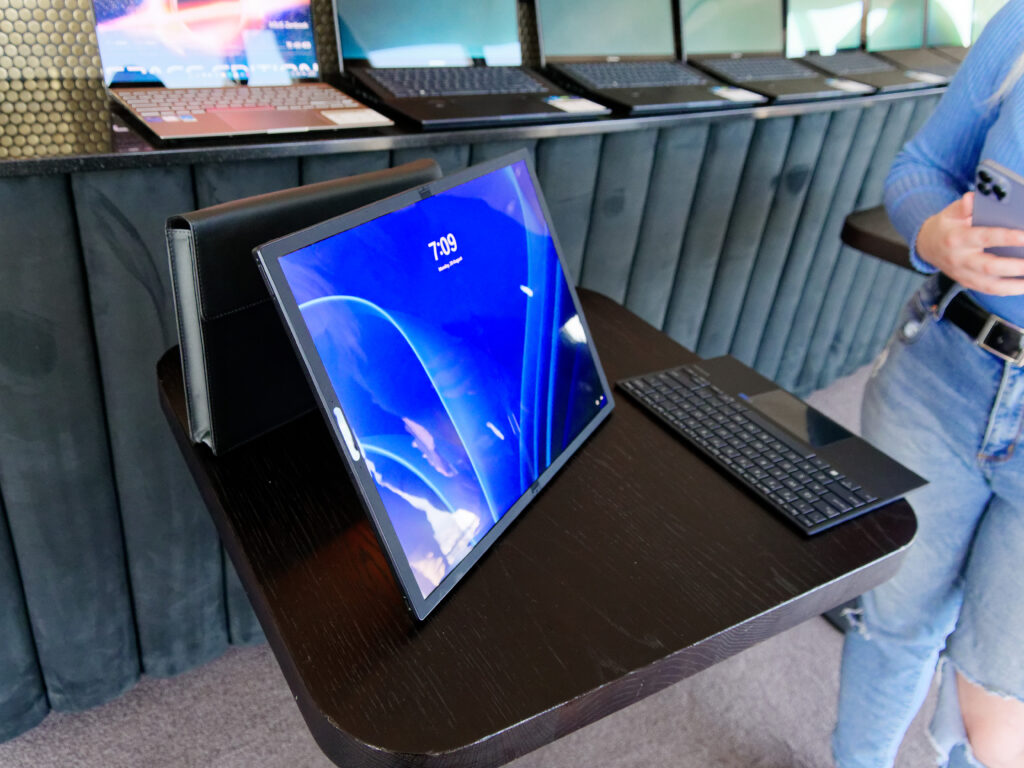 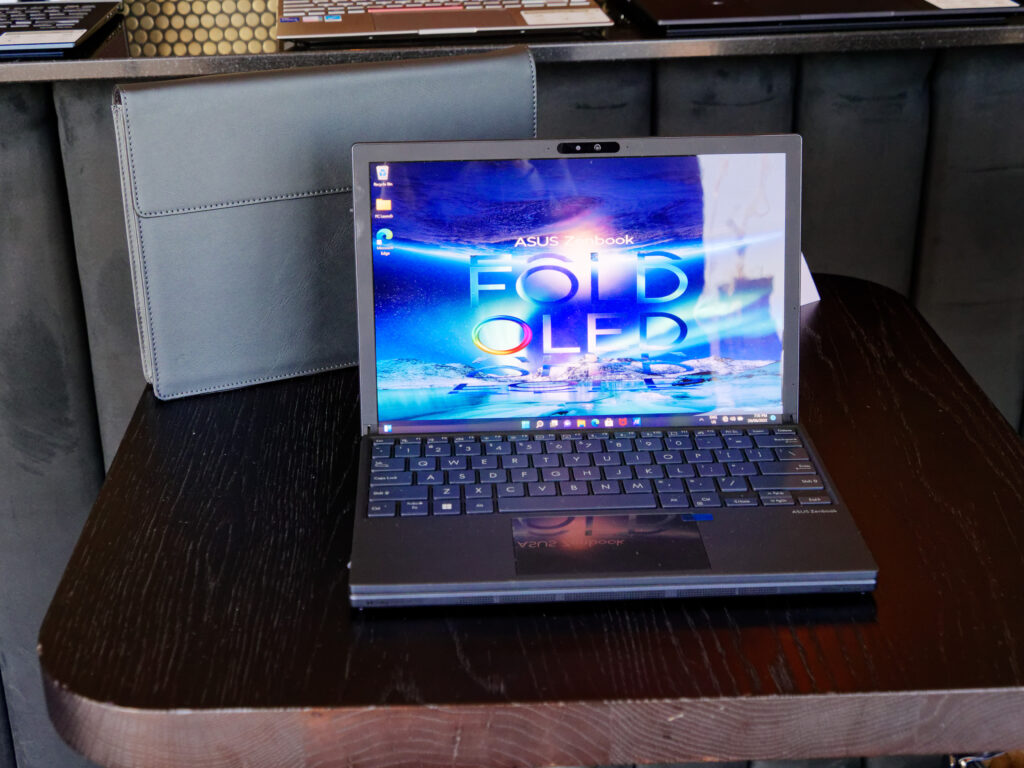 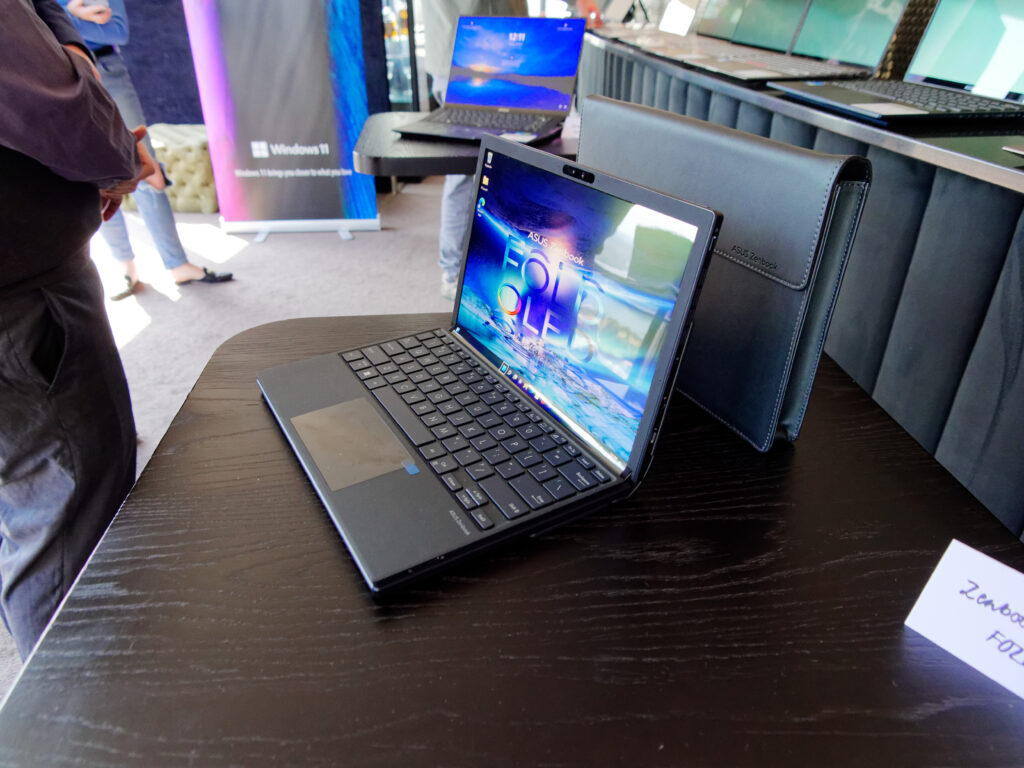 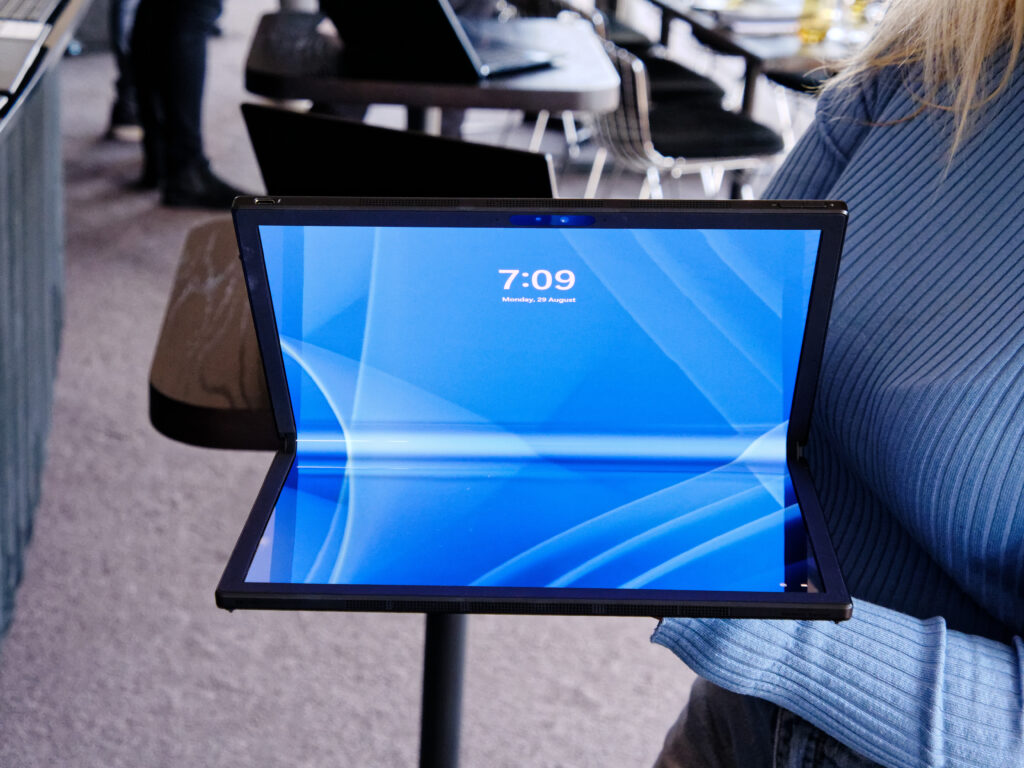 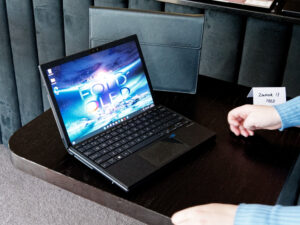 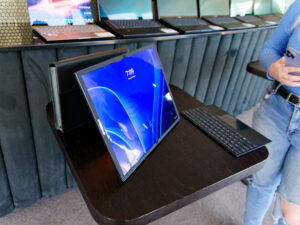 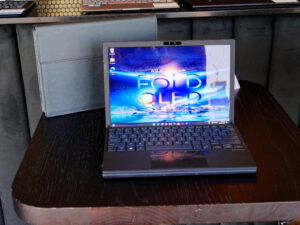 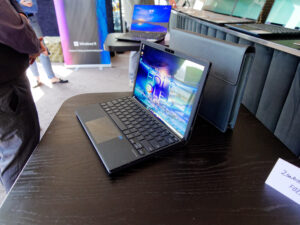 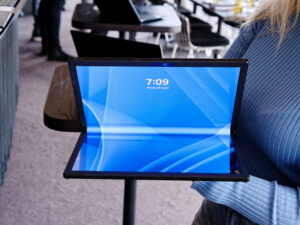 This foldable is far from the only OLED on the table this time around, with ASUS set to bring four other Zenbook laptops to Aussies that incorporate the next-generation display technology in the coming months. It's a big step up for the brand, which has only offered OLED screens on a handful of portable PCs in the past.

“OLED technology has previously been quite limited in laptops, however ASUS is continuously committed to pushing the boundaries of the PC industry by bringing innovative technology to more people with multiple use cases, from enterprise level work to consumers and creators,” ASUS Australia's head of consumer Bradley Howe said.

The first cab off the rank here is the new ASUS Zenbook 14 OLED. It's basically the same as the 2022 Zenbook 14 that launched earlier this year, with the addition of a glitzy 2.8K OLED screen clocked at 90Hz.

For those who want a slightly spiffier spin on this formula there's also the Zenbook 14X Space Edition. This version of the new Zenbook 14 has the same OLED screen mentioned before, but ASUS is adding to the overall appeal with a reworked and unique design that incorporates a 3.5-inch OLED companion display similar to the cover display found on Samsung Galaxy Z Flip 4. 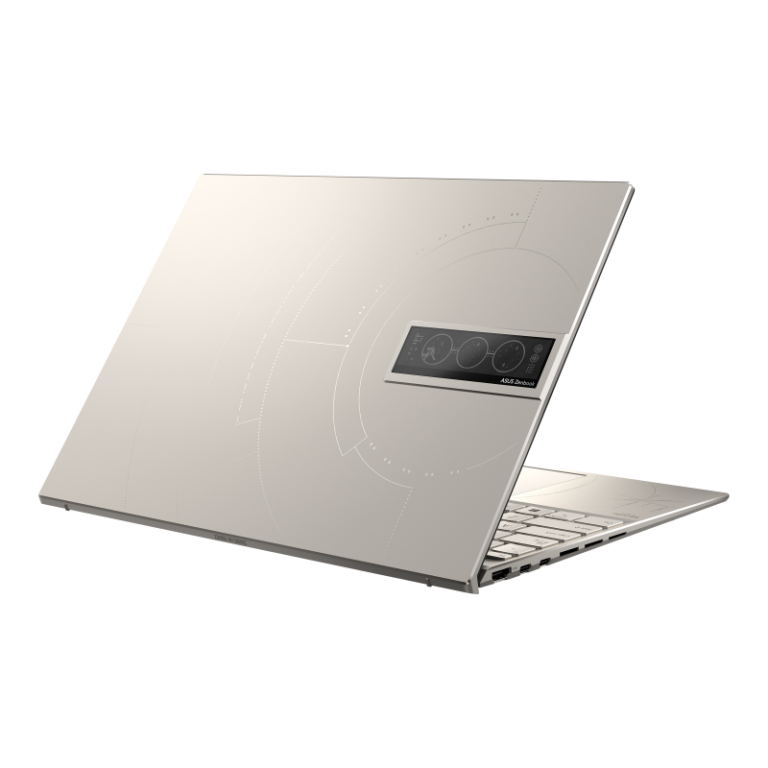 Next up, there's the Zenbook 16X OLED. This one is geared towards creators, incorporating a unique physical dial controller and a discrete GPU in the form of the NVIDIA GeForce RTX 3060.

Aside from the larger OLED screen, those who spring for the Zenbook 16X over the alternatives can look forward to an all-new and all-metal design, plus the same 12th Generation Intel silicon seen elsewhere.

Compared to big-screen Zenbooks of the past, there's also per-key backlighting and a bundle of thermal tweaks that ASUS is branding the Active Aerodynamic System Ultra.

Finally, there's the Zenbook Pro 14 Duo OLED. ASUS' semi-iconic dual-screened device is back for another round, with the refreshed model boasting a better screen and more powerful specs than the last. While the unique design means that it's unlikely to be the right for everyone, the high-end specs here are sure to inspire a bit of envy regardless.

How much do ASUS' new OLED Zenbooks cost in Australia?

In Australia, the price of ASUS' new OLED Zenbooks ranges from as cheap as $1,899 to $3,799. Check out the table below for a sense of what to expect. 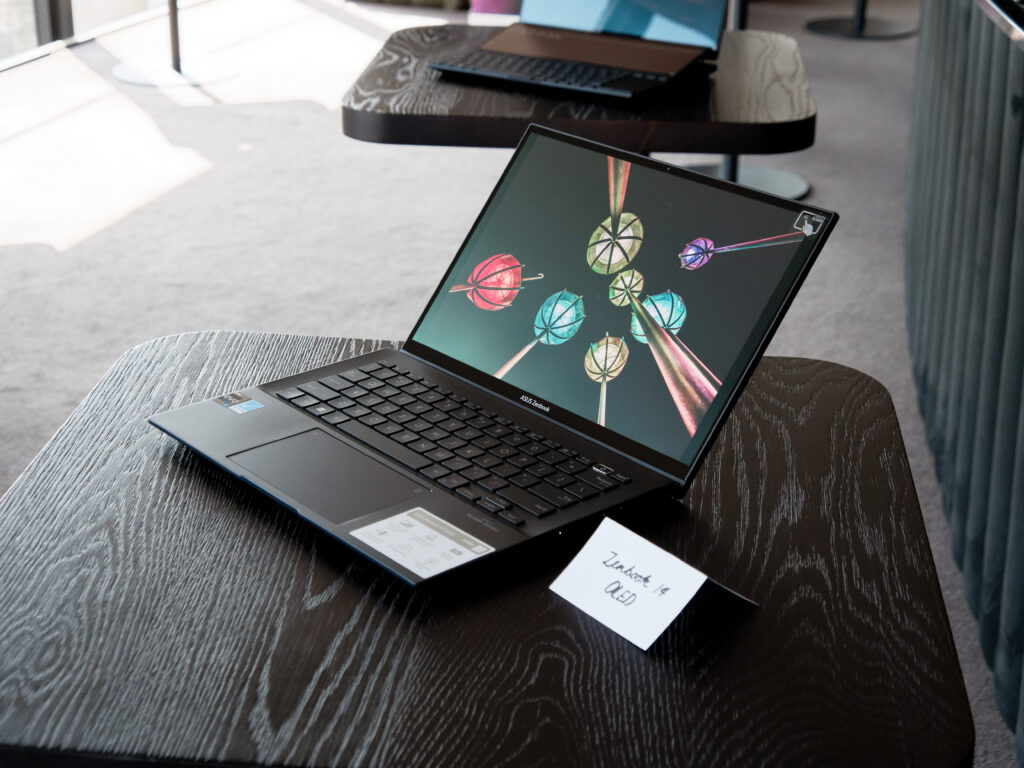 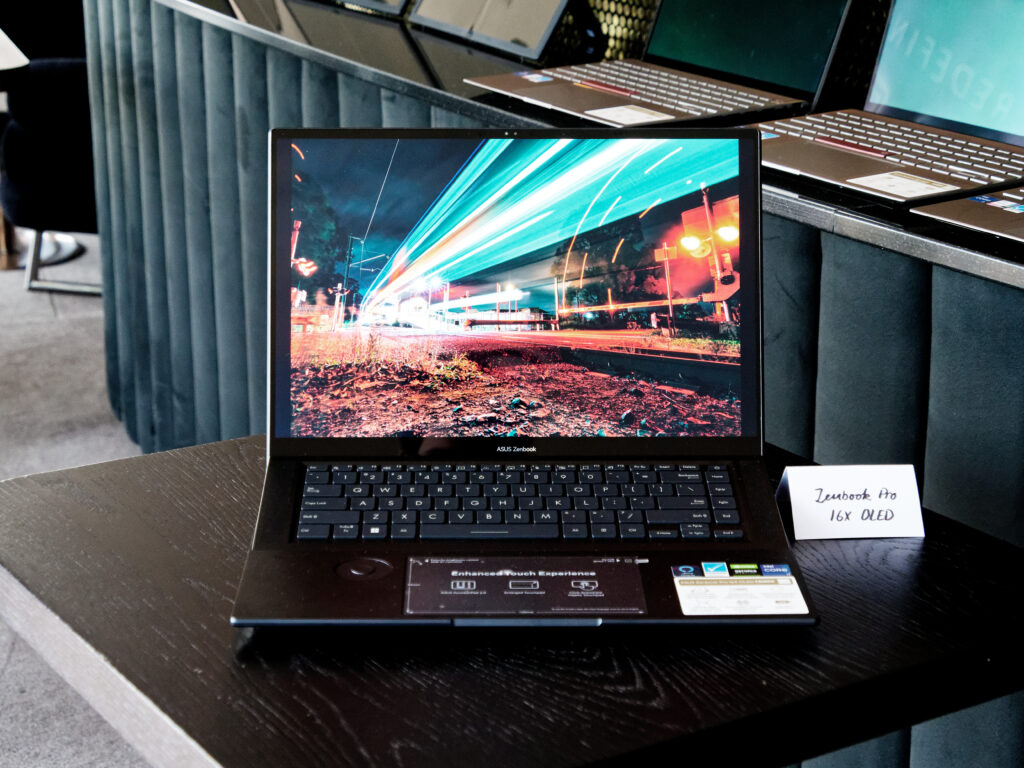 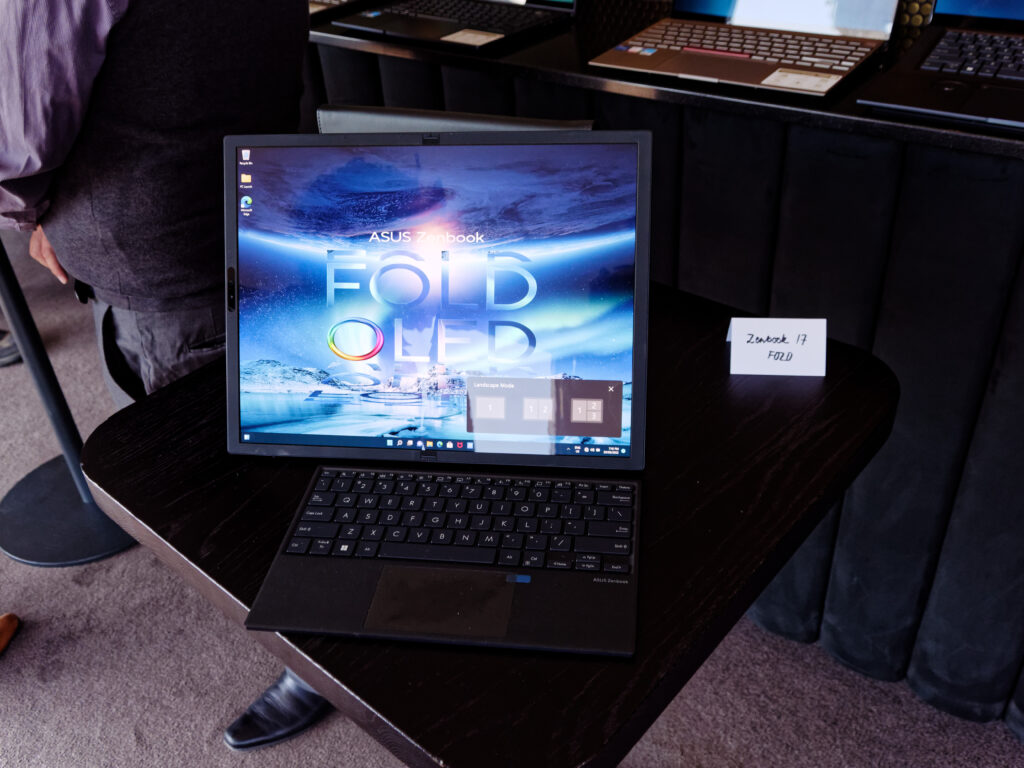 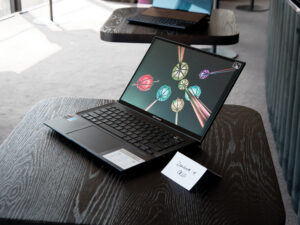 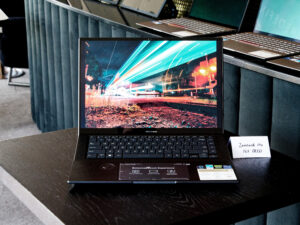 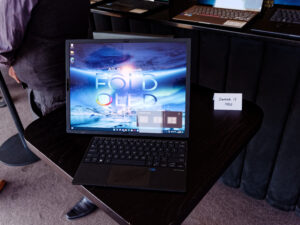