A Kindle with a stylus, and every other new Amazon device coming to Australia this Christmas

Amazon has kicked off TechTober a few days early this year.

October is typically a big month for tech announcements, but Amazon is looking to get in early this year.

The tech giant announced a slew of new Kindle, Fire TV, Echo and Ring branded gadgets ahead of the holiday season. Here's a quick run-down on what to expect from each new product, and how much you should expect to pay for them in Australia. 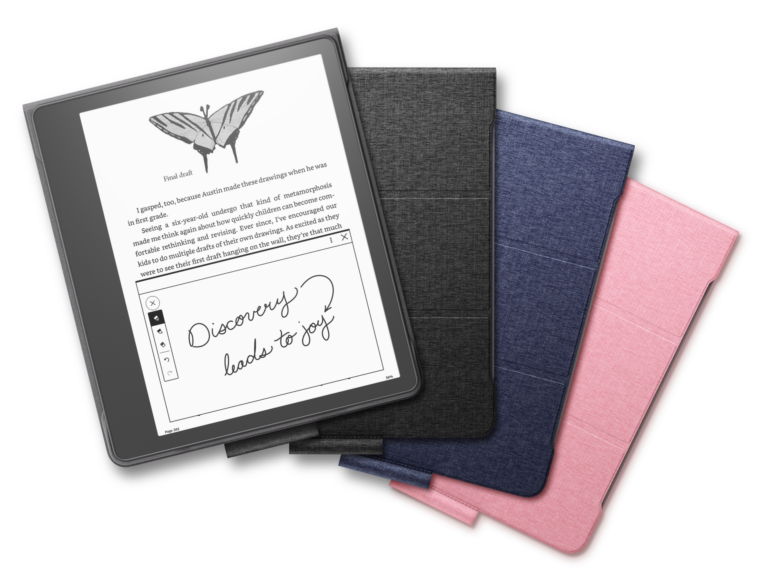 The new Kindle Scribe promises to make Amazon's iconic ereader a conversation starter again, with the introduction of a fully-fledged stylus. The Scribe is being pitched as the first Kindle that's good for both reading and writing, and the stylus magnetically attached to the side of the slate when not in use.

Beyond this, the specs here aren't all that different from what you'd expect from a new Kindle in 2022. The Kindle Scribe has a 10.2-inch Paperwhite display with 35 built-in LEDs, up to 64GB of storage and the vague but familiar claim of weeks-long battery life.

In Australia, the Kindle Scribe is available via Amazon with prices starting at $549 for the 16GB model. As well as the usual storage surcharge, consumers also have the option of paying more for a premium stylus that features a digital eraser on the end and a customisable shortcut key. 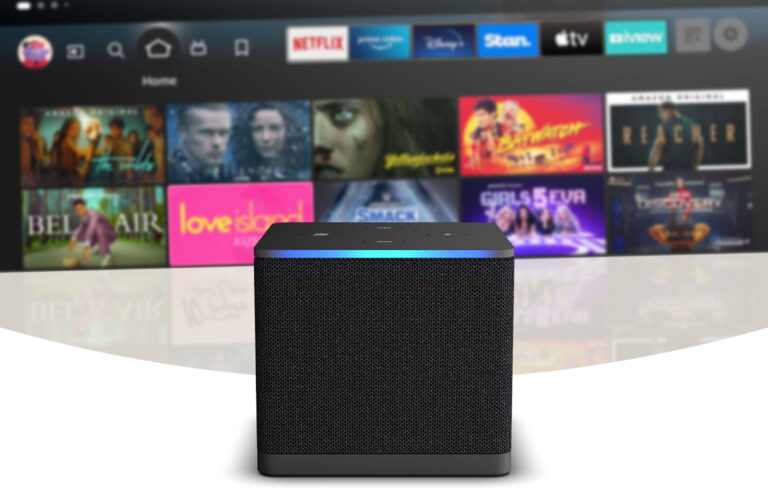 Amazon is stepping up its home entertainment offering this year, shifting away from the Chromecast-like streaming sticks of the past with the introduction of the new Fire TV Cube.

The all-new Fire TV Cube has a fabric-wrapped design that readily resembles the one found in Amazon's more recent Echo and Echo Dot smart speakers. Underneath that mesh-covered exterior, however, the new device is looking to do more than just make it easier to integrate different content sources together.

In Australia, the Fire Cube TV is available to preorder from today through Amazon (and local retailers like JB Hi-Fi) at an RRP of $219. 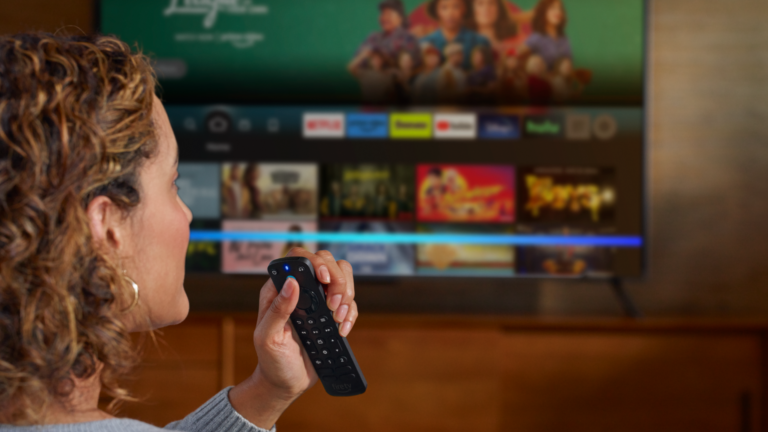 The Fire TV Cube isn't the only addition that Amazon is making to its home entertainment lineup this time around. The aforementioned content hub is set to arrive alongside a new Alexa Voice Remote Pro.

Designed to be used with the Fire TV Cube but sold seperately, the new remote features backlit keys, a built-in microphone and customisable buttons that can act as simple shortcuts for any Alexa-related function. It'll even light up when you ask Alexa to help you find your remote.

In Australia, the new Alexa Voice Remote Pro will cost you $59. 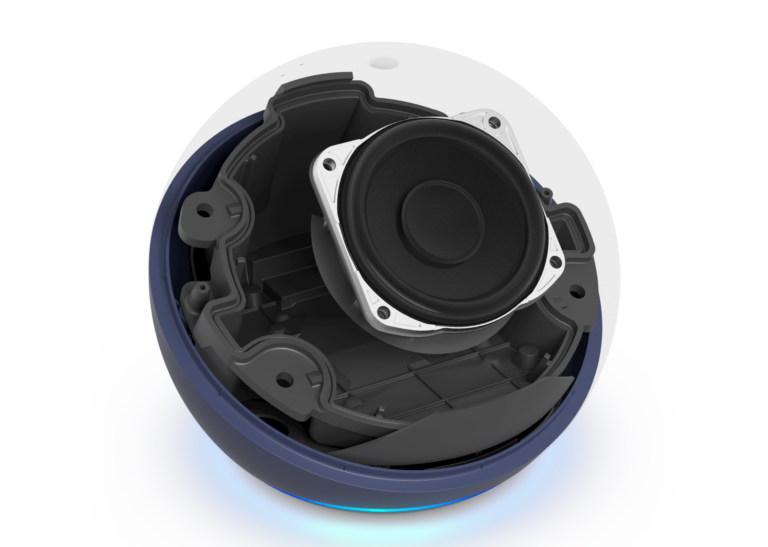 The fifth generation Echo Dot smart speaker doesn't look all that different to its fourth-gen counterpart, but Amazon is confident that the internal upgrades will make for a much better everyday experience.

When it comes to the audio side of things, the new Echo Dot has been redesigned to accommodate a custom full-range driver. Amazon says that these under the hood enhancements will allow for clearer vocals and a two-fold improvement when it comes to the bass.

The new Echo Dot also boasts a new AZ2 Neural Edge processor, which promises to allow for more contextual Alexa experiences to be processed on-device rather than via a server.

Aussies looking at replacing an older Echo Dot with the new fifth-generation smart speaker can find it from today at a recommended retail price of $79. 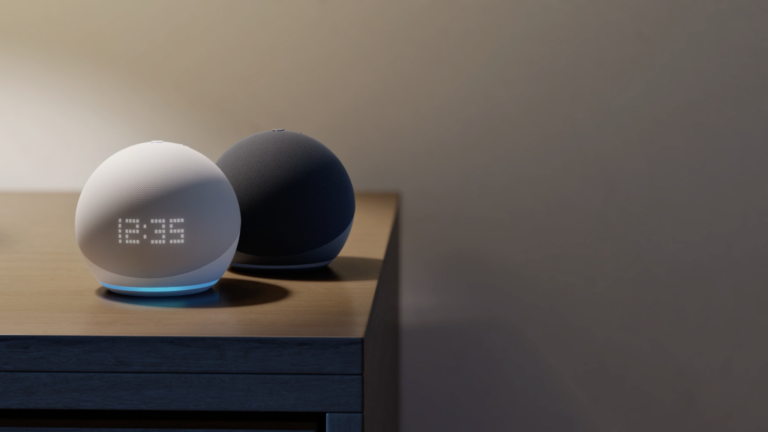 Naturally, Amazon has refreshed the hybrid-minded Echo Dot with Clock to match the improvements offered by its new clockless cousin. On top of the full-range drive and processor, the upgraded Echo Dot with Clock features an improved LED display that both looks better and can convey more at-a-glance information than the one found on previous models.

In Australia, pricing for the reworked Echo Dot with Clock starts at $99. 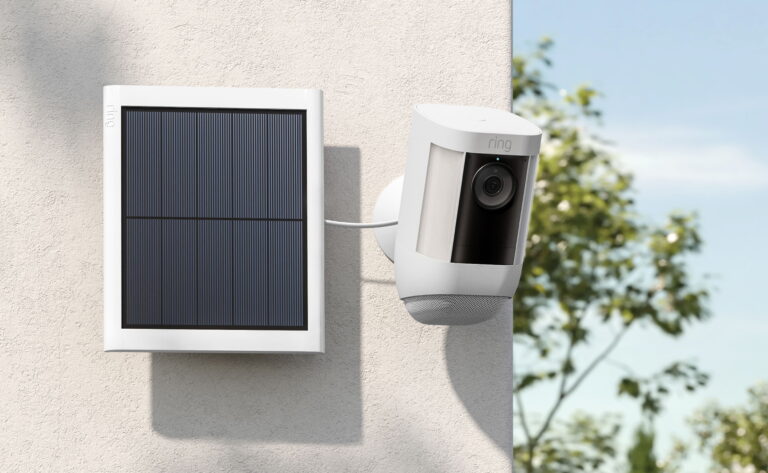 The new Ring Spotlight Cam Pro is shaping up to be Amazon's slimmest and sharpest home security solution yet. The 1080p connected camera brings together every feature from across the Ring connected hardware line, including 3D Motion Detection, Color Pre-Roll, Audio+, a built-in siren and Bird's Eye View.

In Australia, the new Ring Spotlight Cam Pro starts at $329. Preorders for the battery-only, plug-in or solar powered versions of the pro-grade gadget are open from today. 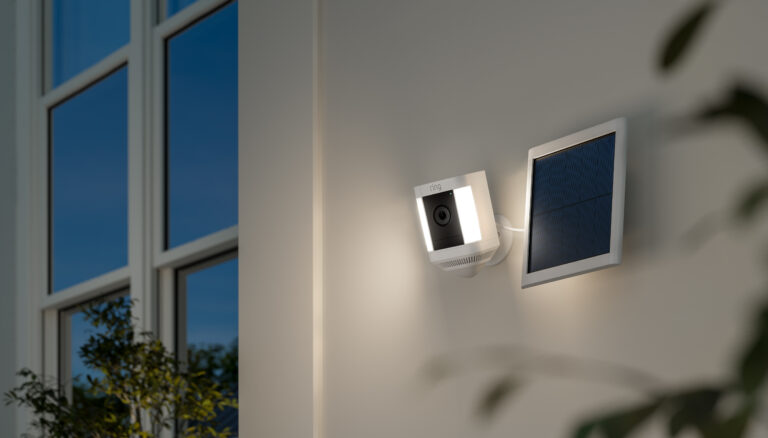