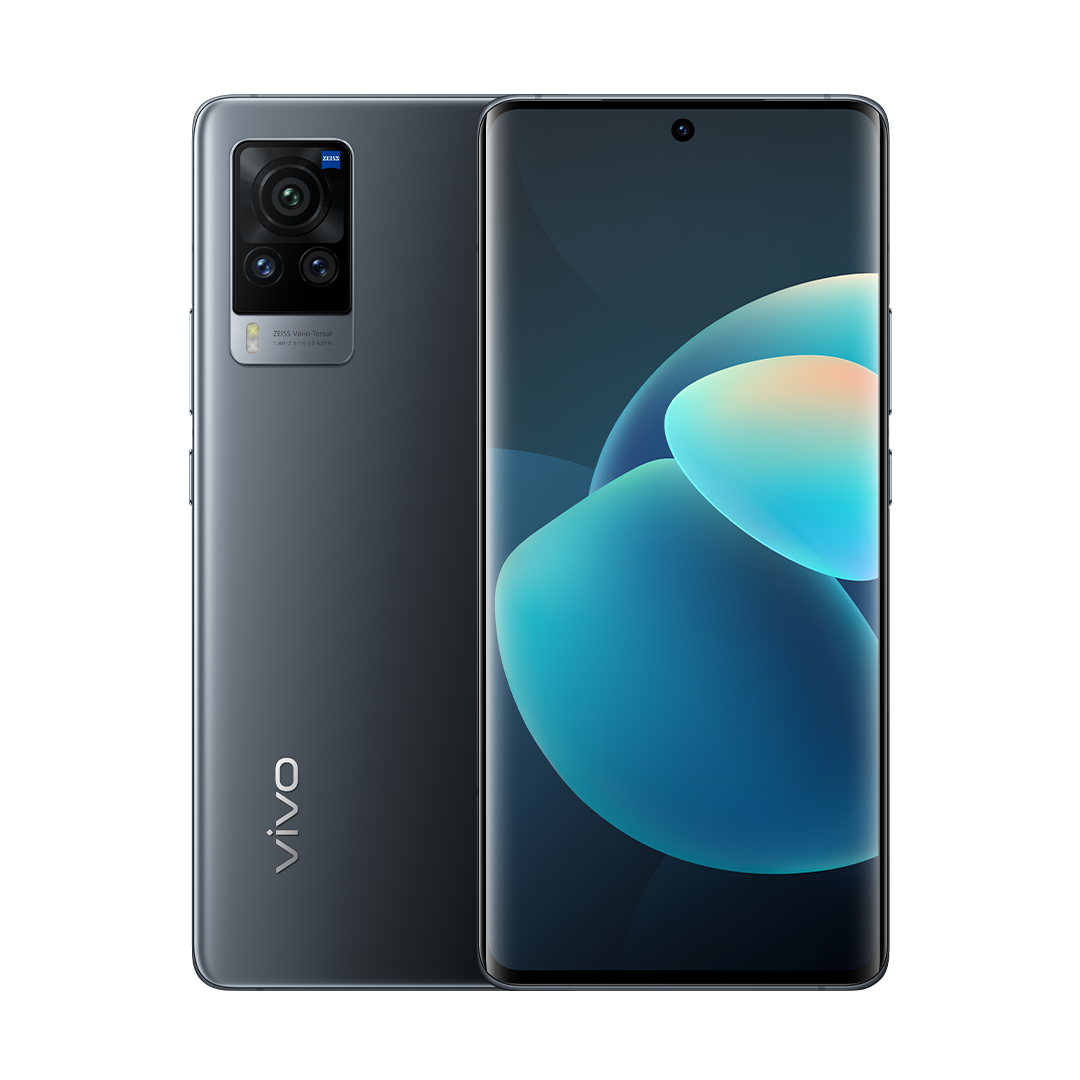 While there are a couple of flagship features missing from the Vivo X60 Pro, the unbelievable camera, beautiful display and sleek design make it hard to resist.

Editor's Pick: The Oppo Find X3 Pro has been added to Reviews.org's guide to the best phones in Australia.

Vivo’s latest flagship boasts one of the best cameras we’ve ever seen in a smartphone, bundled into a premium design with a gorgeous display and snappy performance. On the downside, it lacks two major features we’d expect to see in any flagship: waterproofing and wireless charging support, which is a shame at this price point. Still, if those aren’t dealbreakers for you, the X60 Pro is a worthy contender for one of the best Android phones of 2021.

Pretty reasonable for a flagship.

Chinese manufacturer Vivo only launched in Australia in 2019, and while it hasn’t yet reached the popularity of OPPO and Realme (which are owned by the same company, BBK Electronics), we reckon that might just change with the release of the Vivo X60 Pro.

At an RRP of $1,099, it’s certainly cheaper than other flagships from Apple, Samsung, and OPPO which tend to retail at $1,200 and up. Obviously, there are certain compromises that come with that lower price tag, which we’ll explore more later.

You won’t find the Vivo X60 Pro on a plan with any telcos, so if you want it, you’ll have to buy it outright and pair it with a SIM-only plan. It’s available at all the usual suspects (JB Hi-Fi, The Good Guys, Harvey Norman etc.), but you’ll find it slightly cheaper at online retailers.

Stunning from any angle.

The Vivo X60 Pro looks every bit the flagship at any angle. Despite measuring just 7.6mm thick, it feels substantial and expensive, which, if you’re forking out more than a grand for a smartphone, is exactly what you want.

Though other markets do have access to a “Shimmer Blue” colour, Aussies only get one X60 Pro colour variant: Midnight Black, which makes for a stylish, professional look. It’s also quite comfortable to hold with a matte, almost satin-like glass backplate and aluminium frame. You’ll also find a clear hard plastic cover in the box, though it doesn’t quite cover the sides of the phone so protection may be an issue - especially considering the X60 Pro, unlike many other premium devices, has no waterproof rating. 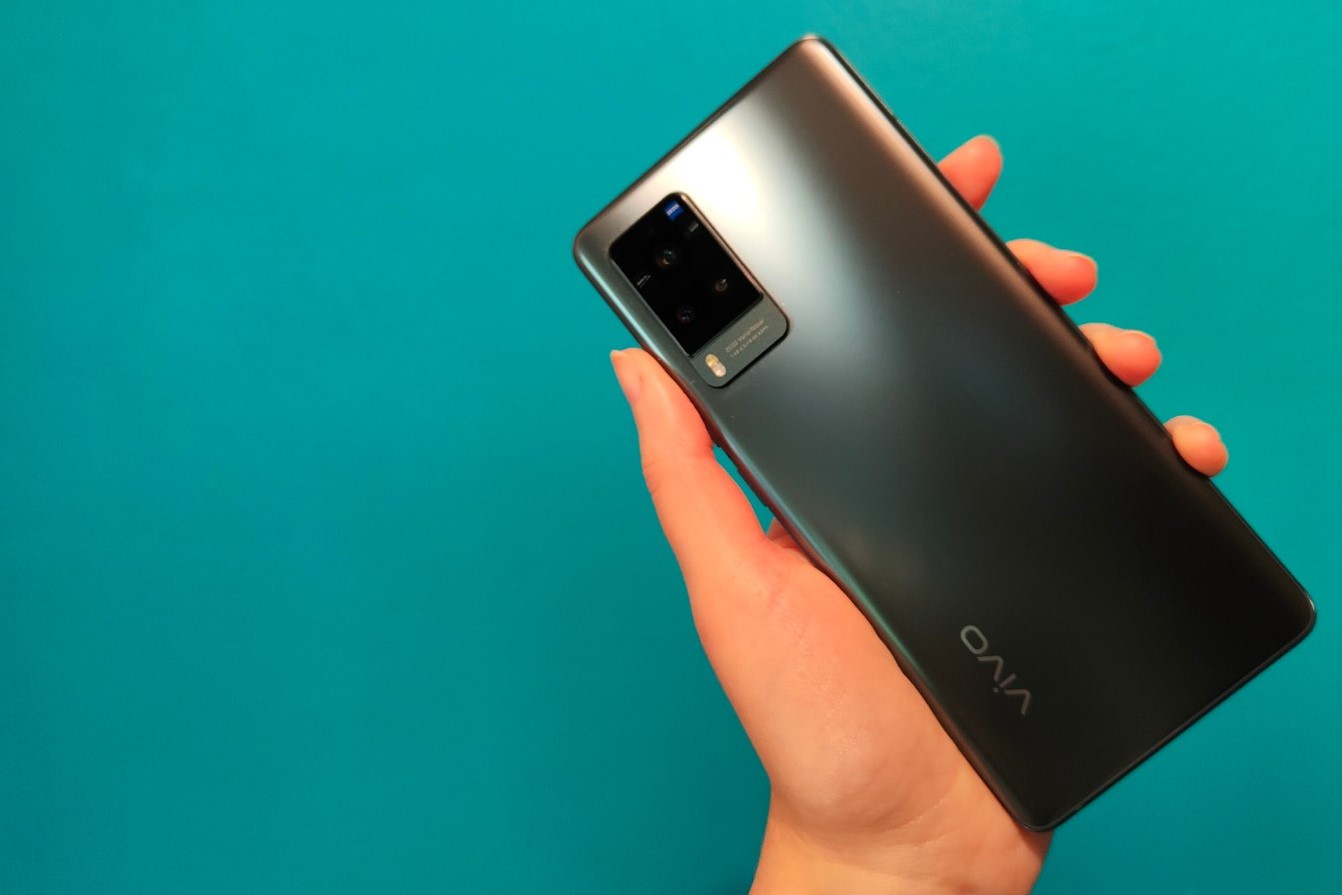 As for the display, it’s just as crisp and smooth as you’d expect in this price bracket, making games pop and streaming a real pleasure. The 6.56-inch FHD+ curved AMOLED screen is bright, incredibly clear and, thanks to its 120Hz refresh rate, velvety smooth when scrolling and flicking through apps. 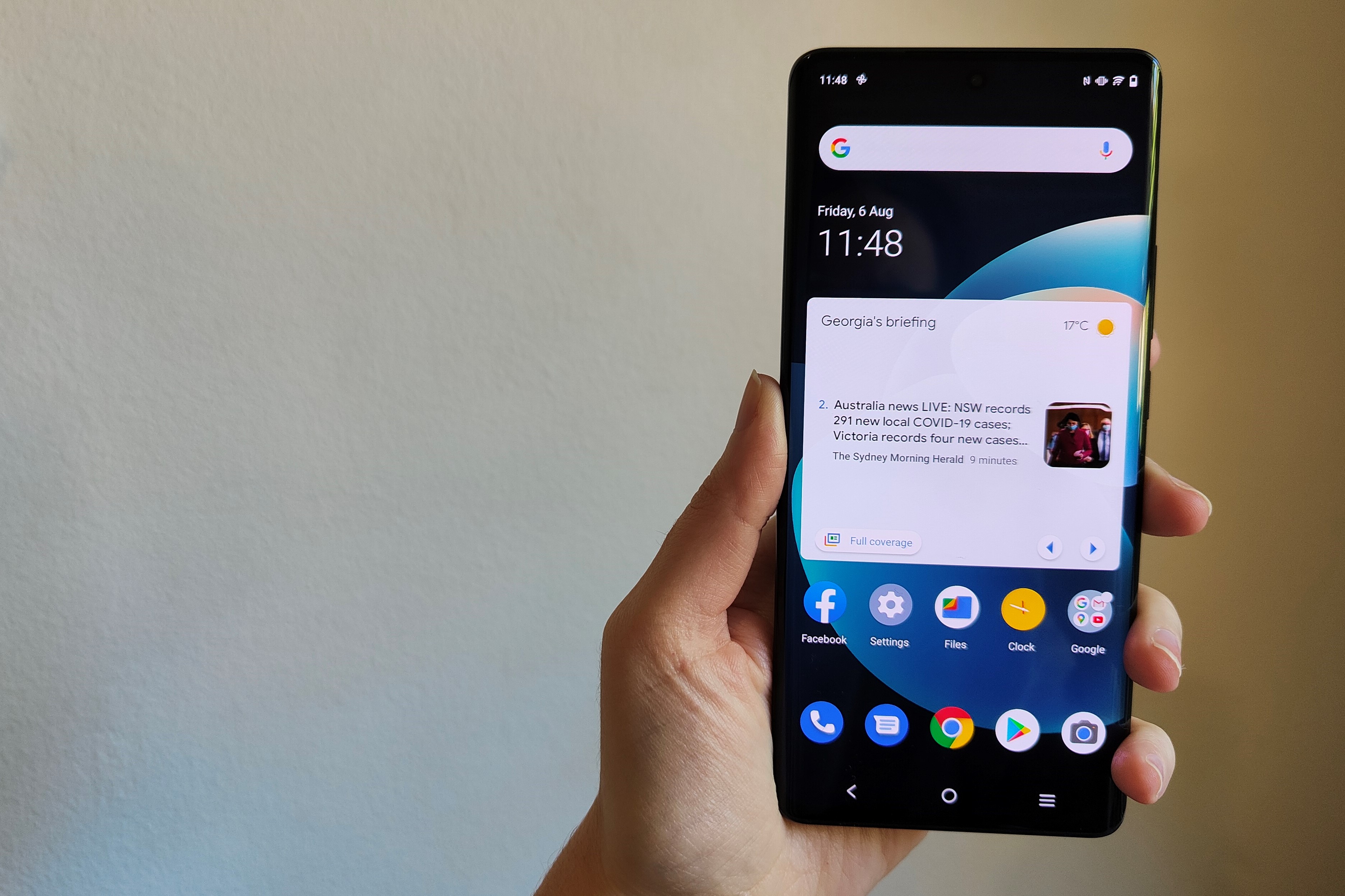 Gives the iPhone 12 and Galaxy S21 lineups a run for their money.

Given the bulk of the marketing campaign for the Vivo X60 Pro focused on its camera, my expectations for it were pretty damn high. Co-engineered with optics giant Zeiss and featuring gimbal stabilisation, its 48MP/13MP/13MP lens array promised professional-level photography, super crisp shots and ultra-stable video. Sounds good on paper, but how is it in practice?

Honestly, it blew me away. Despite my initial dismissal of it as yet another smartphone gimmick, gimbal stabilisation is actually such a fantastic addition. It’s one of those things that makes you wonder why no one had thought of it before. As someone with ridiculously unsteady hands, more than a handful of shots I take on other smartphones end up a blurry mess - even more so when zoomed in. The X60 Pro easily handled my shakiness, delivering crisp shots of this rainbow lorikeet even at 2 to 3x zoom. 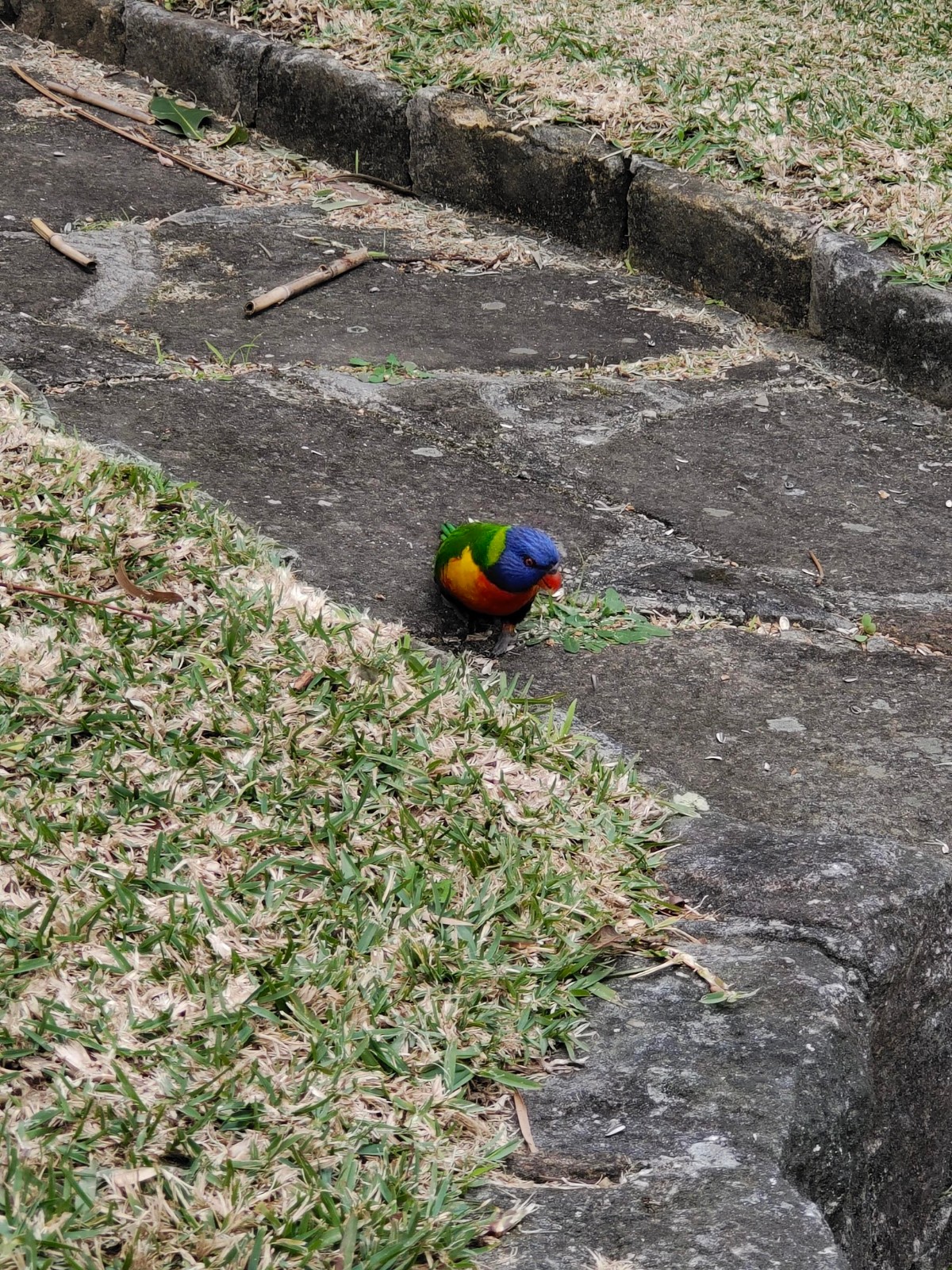 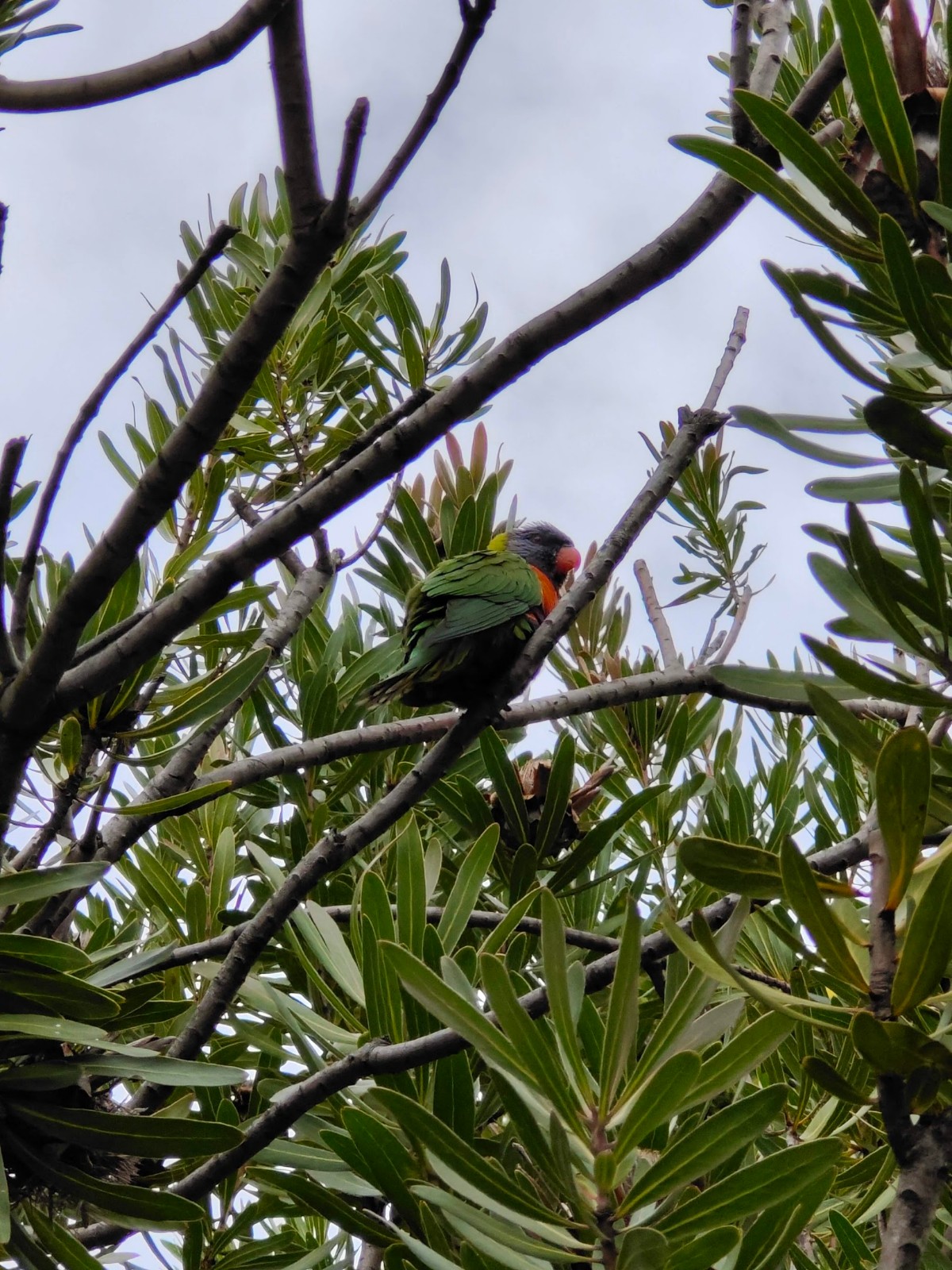 The only thing about the Vivo X60 Pro’s camera that I really, really didn’t like is its annoying watermark, which will show up on every photo you take until you turn it off, with no way to remove it from a snap you’ve already shot. It feels icky to have it appear by default, even if it is easy to disable. 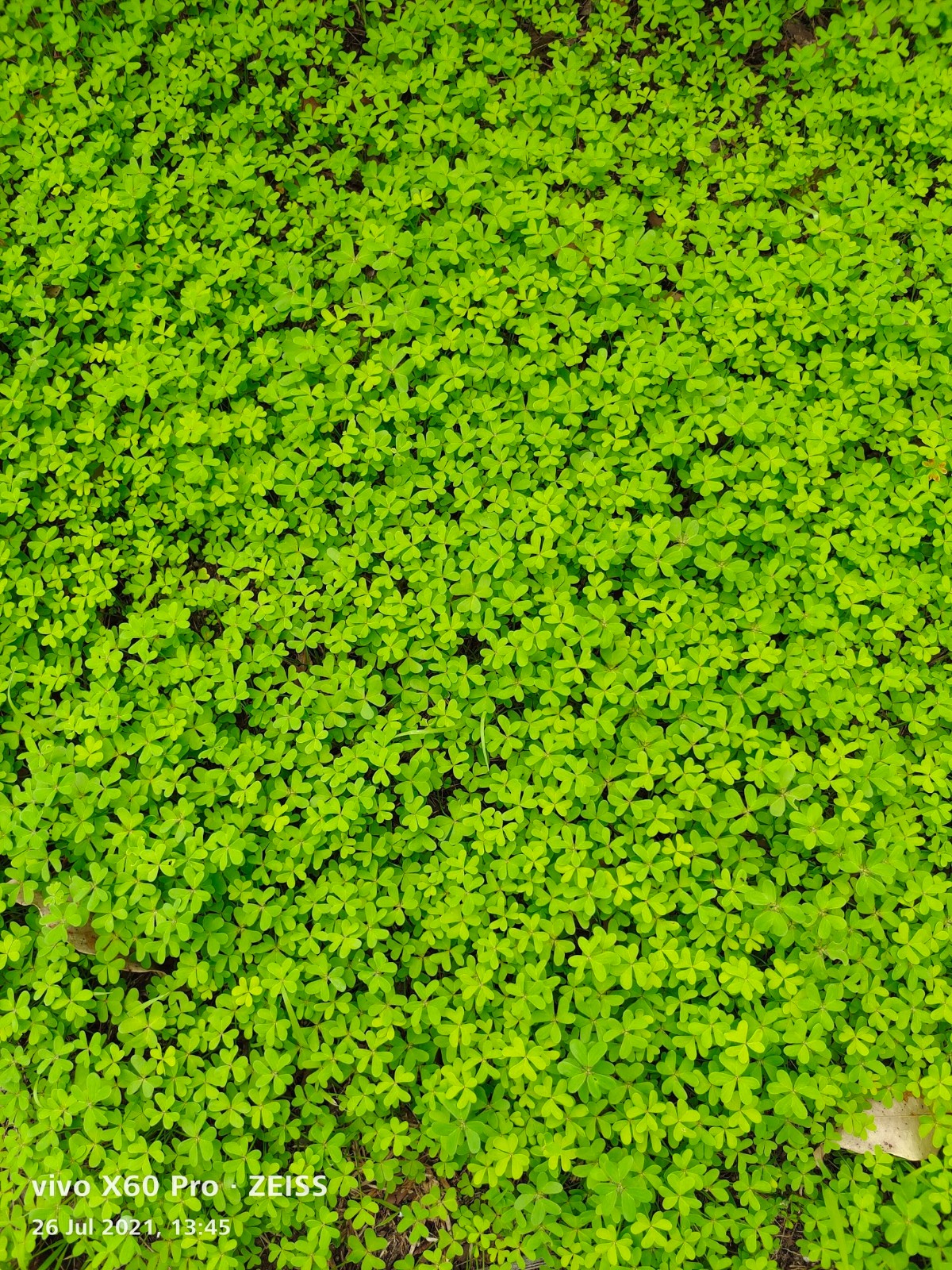 That annoyance aside, even the macro lens is one of the best I’ve seen (though not quite on par with the OPPO Find X3 Pro’s mindblowing microscope lens), capturing incredible detail in every shot.

The 32MP selfie camera, too, is quite impressive, though it does have my most hated camera feature of all time: Beauty mode. Vivo even doubles down on it with fake makeup filters, which is really not my thing. Still, it’s easy enough to avoid, and there are so many different shooting modes (for both the front and rear camera) that you’ll constantly be finding new ways to flex your photography skills. 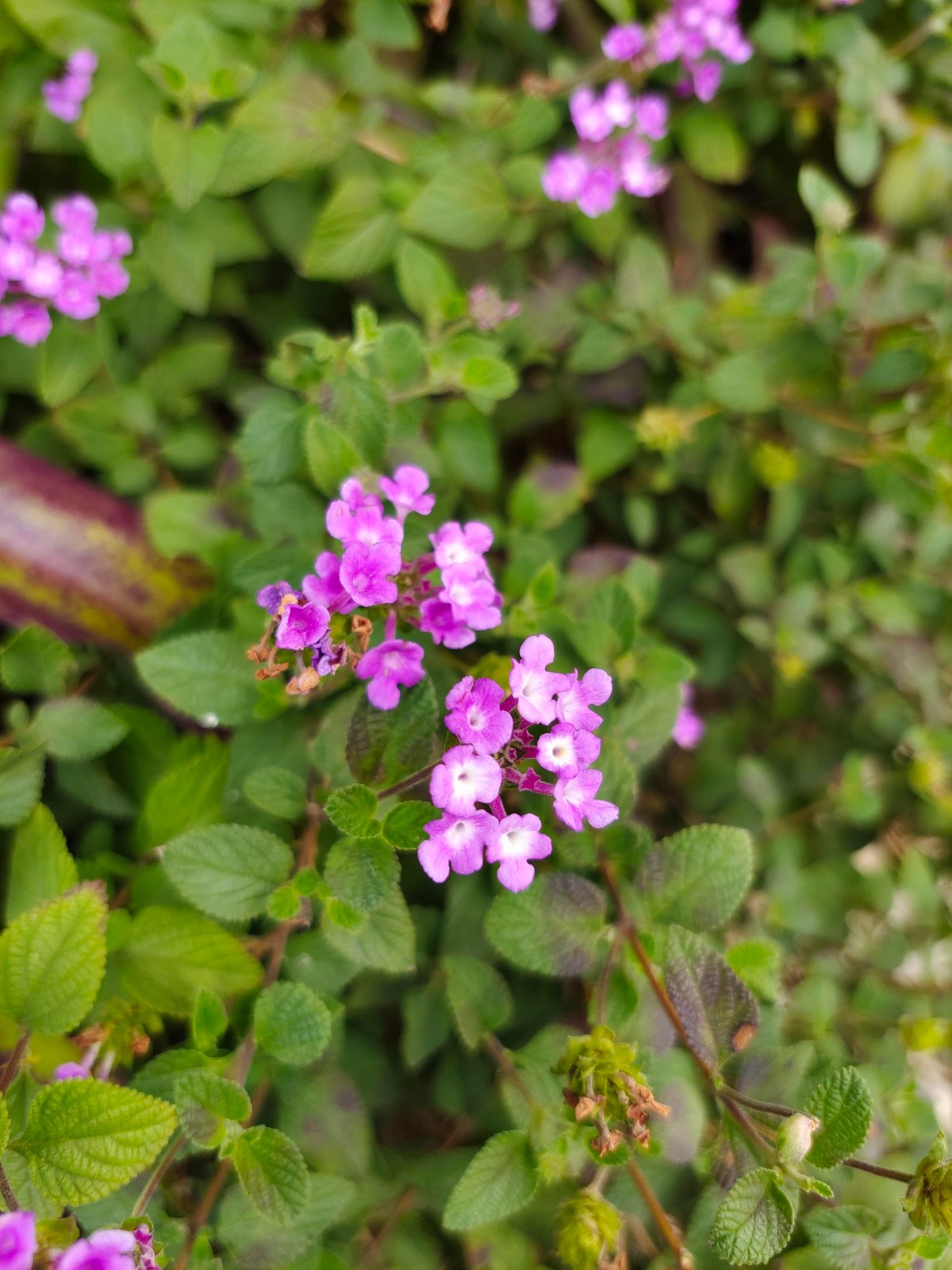 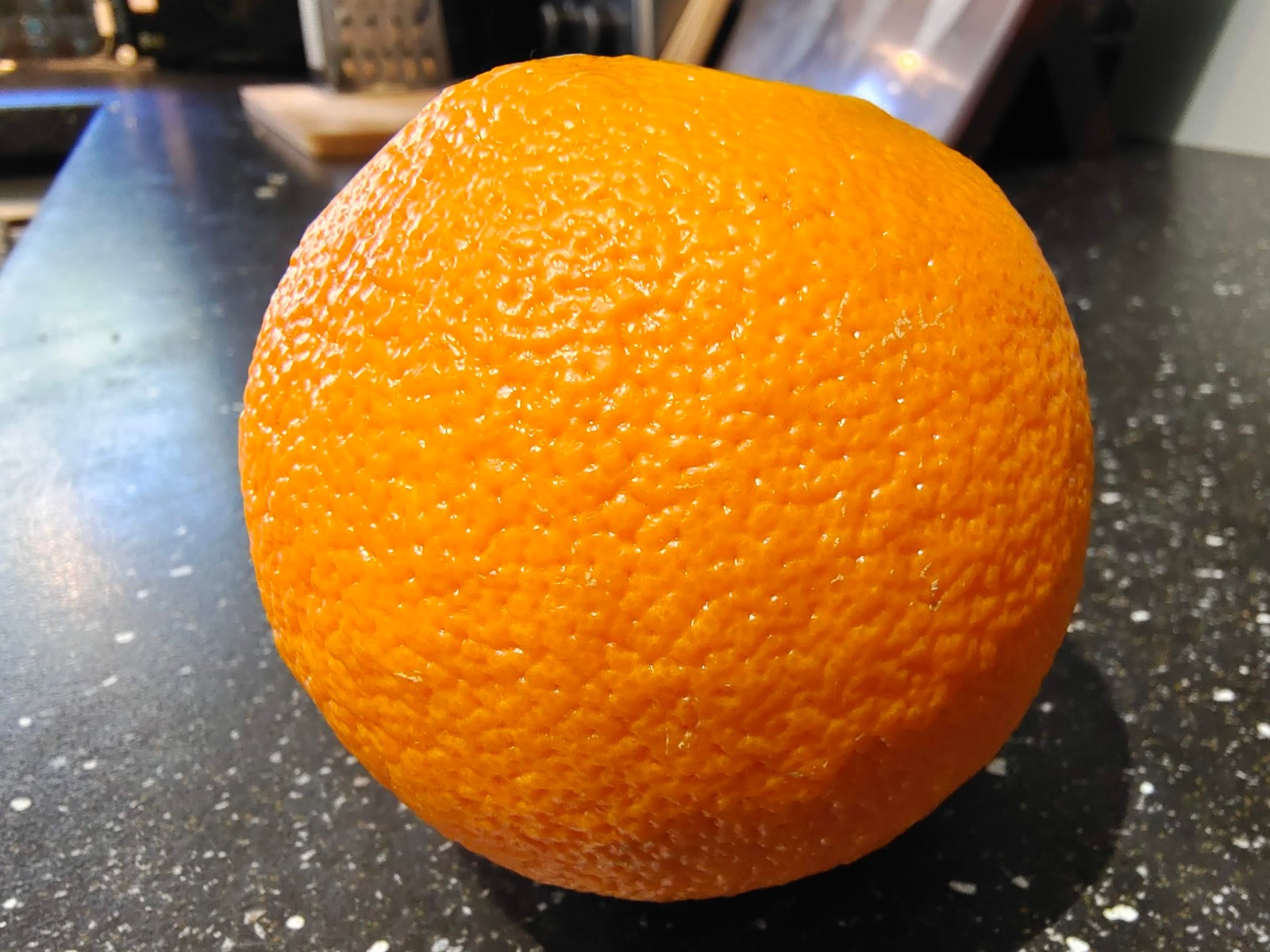 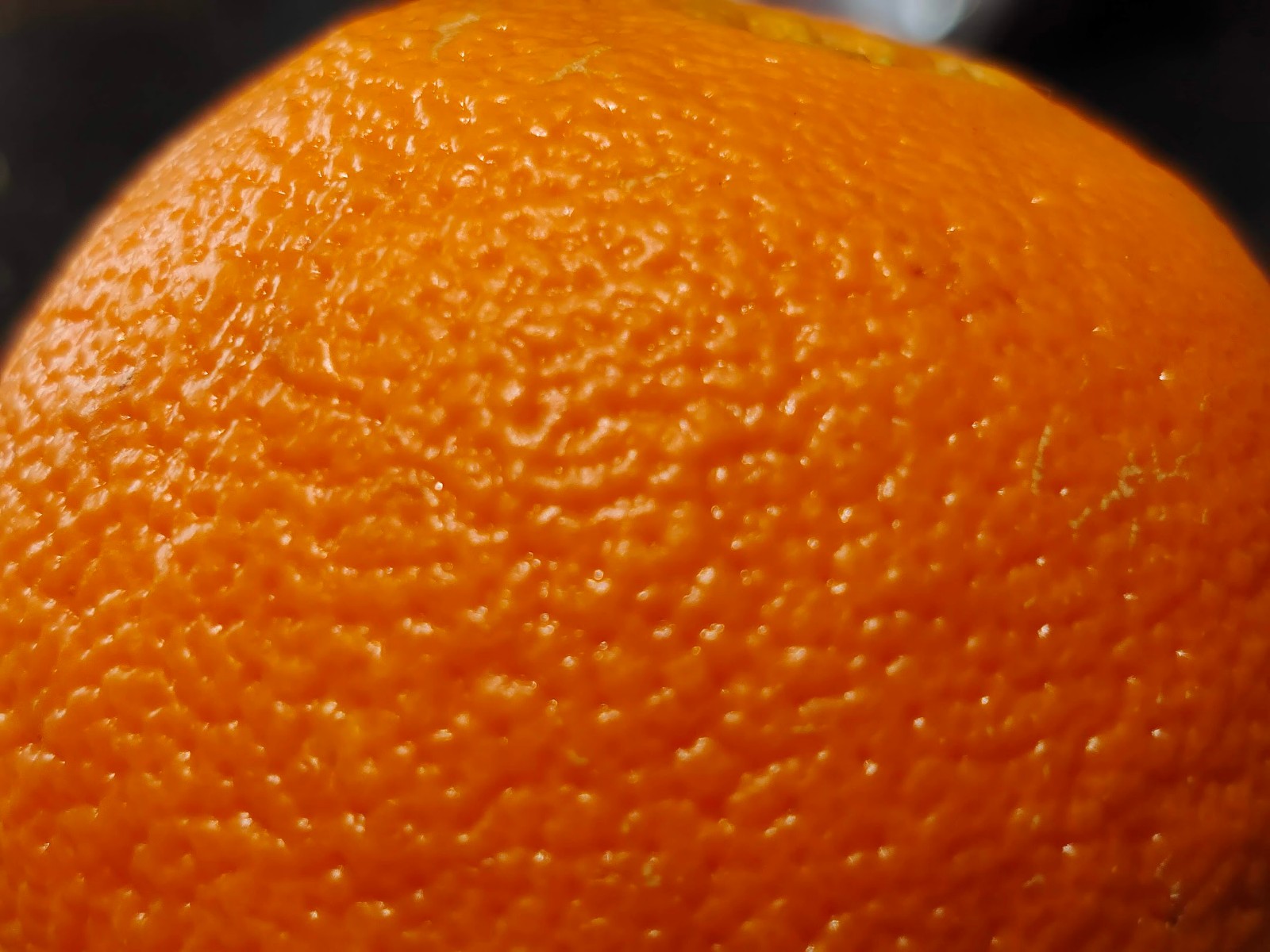 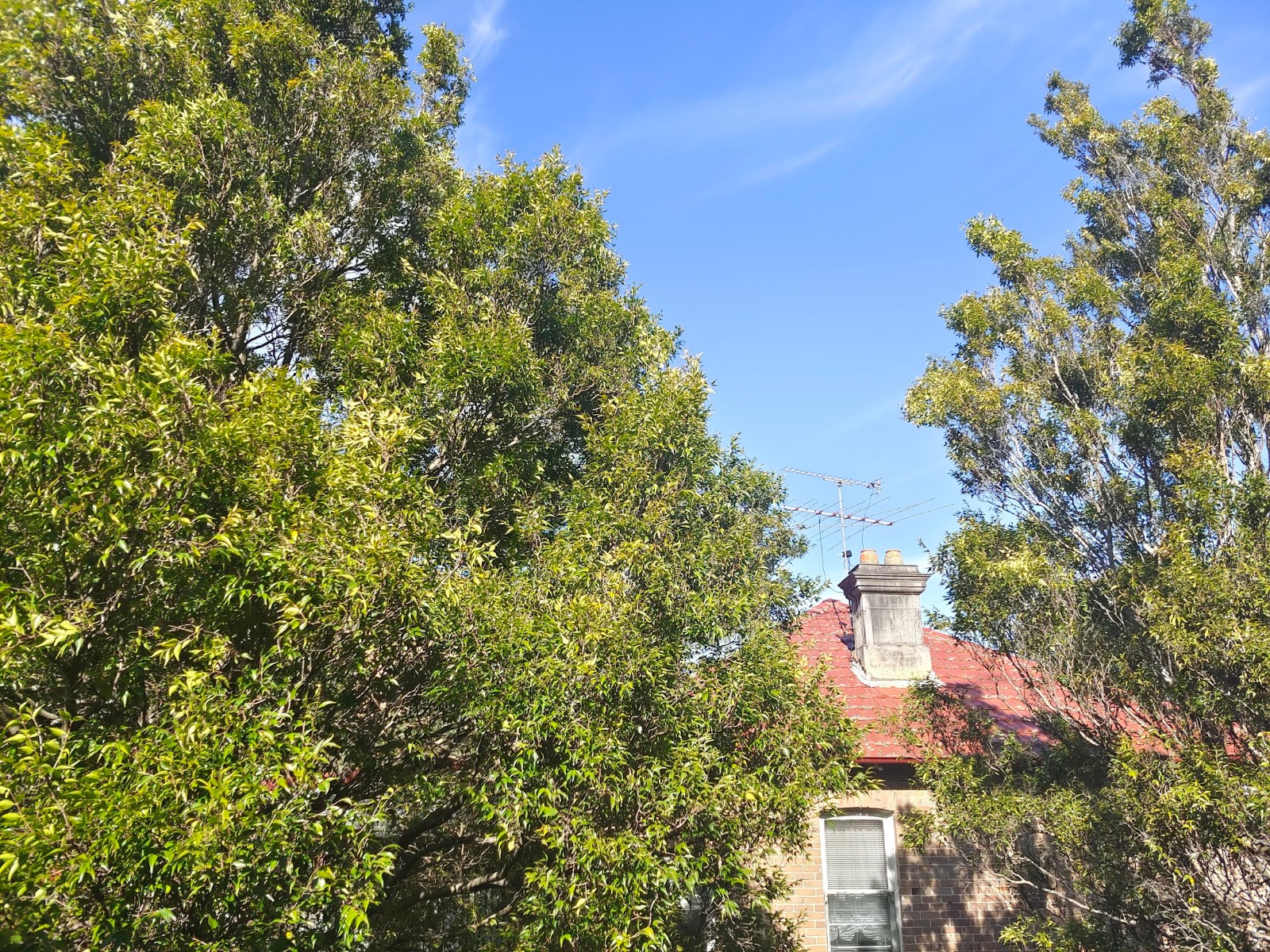 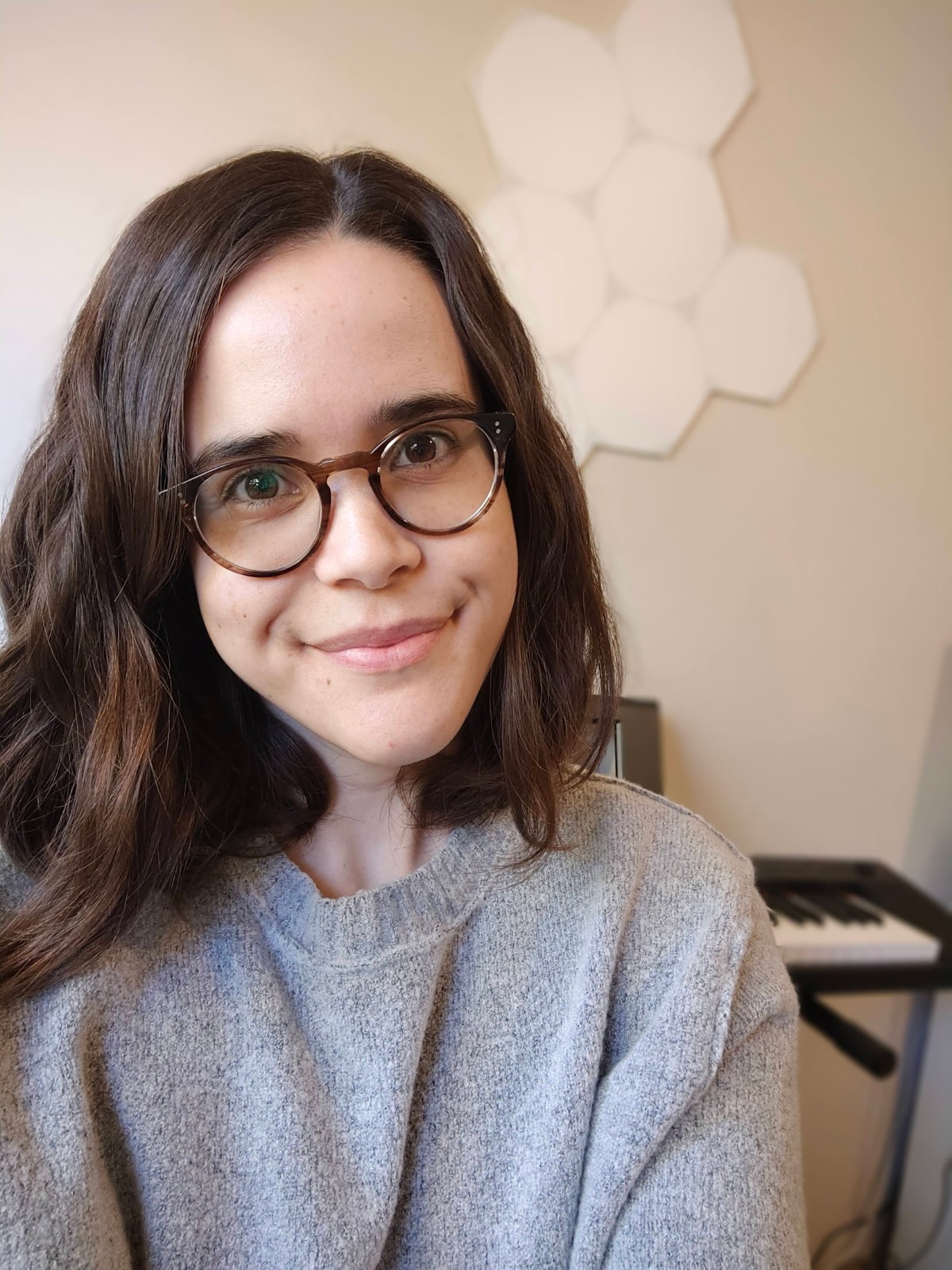 The Vivo X60 Pro runs on a Snapdragon 870 chipset, which is a bit surprising given that most other high-end Android devices are running on the newer, more powerful Snapdragon 888 processor. Still, the average user likely won’t be able to tell the difference - with a beefy 12GB of RAM, it’s just as snappy as you’d hope for in this price range. There’s also 256GB of onboard storage (sadly, not expandable), which should be more than enough to hold all your snaps, apps and games.

Speaking of games, I really put this thing through its paces. The Vivo X60 Pro’s Adreno 650 GPU, while not the best of the best, is more than capable of handling demanding games like Asphalt 9 and Genshin Impact. There’s also an onboard Game Assistant, which launches any time you open a game and claims to optimise CPU, GPU, RAM, networking, temperature and touch controls.

Like OPPO and Realme, Vivo offers its own take on Android 11 with Funtouch OS 11.1. It’s not my favourite Android skin in the world, but it looks great, is very user friendly and comes with three years of security updates.

A full day on 4G with ease.

Considering its battery capacity is only 4200mAh (rather than the more common 4500 or even 5000), the Vivo X60 Pro does a great job of fuelling itself through a full day. For me, that means checking emails and socials in the morning, playing a game at lunch, a few calls in the afternoon and then some more games at night. At the end of the day, I’d have about 20% battery remaining, which is pretty on par with most premium devices on the market right now.

Still, that’s using 4G only and with the screen refresh rate set to “smart switch”, which adjusts between 60 and 120Hz depending on your usage. If you’re in an area with 5G coverage and have your refresh rate set to 120Hz, you may struggle to get to the end of the day without a quick top-up.

Fortunately, recharging is a relatively speedy process with the included 33W charging brick, which took it from close to zero to full in about an hour. That’s impressive, but it doesn’t come close to the 65W fast charging found in the similarly-priced OPPO Find X3 Neo, which fully charge in a little over half an hour. You’ll also find no wireless charging support, which is a shame at this price.

The Vivo X60 Pro isn’t the perfect phone. It lacks a few features we’d expect to see in a flagship (like waterproofing, wireless charging and a top-of-the-line chipset), but if you can put up with these omissions, you’ll be more than satisfied with the X60 Pro. Its camera is one of the best we’ve seen, with a stylish design and beautiful screen to top it all off.